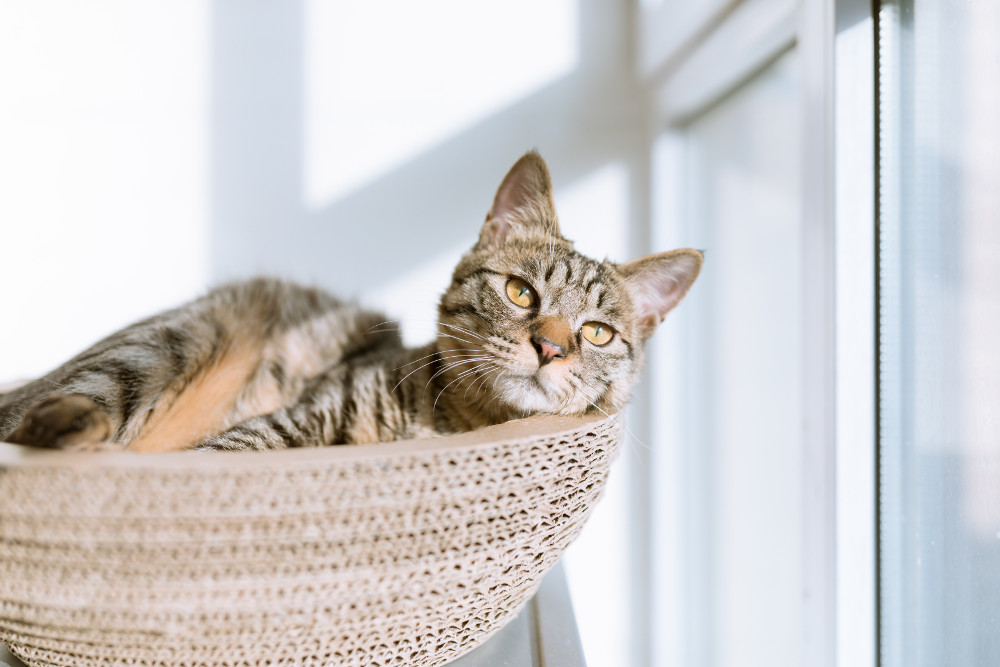 I've never mentioned it in this space before, but I have three cats — feline friends with whom I share the house. And cats can (believe it or not) have a distinctive spirituality.

First, there is my long-time buddy, Einstein, a classic orange cat, now 18-plus years old. He lost a rear leg to cancer some years ago, but hobbles around just fine on three legs. He is friendly and never demanding. He curls up on my bed every day and lays near my head at night. His "spirituality" is quiet and contemplative and cuddling.

Then, there is Cleopatra (Cleo for short), a black and white smart aleck who arrived in the arms of a neighbor some years ago. I could not resist and took her in. Just one thing, however: she was pregnant and did not tell me! A few weeks later, she gave birth to three kittens in my bed in the middle of the night.

I kept one of the kittens, who has grown into a sizeable long-haired black and white cat named Napoleon.

Now, if you are someone who has cats — no matter how many — you may wonder how in the world these creatures can have a "spirituality." And even I will admit that there are times when I question it.

But cats can be reflective. Even as I sit here writing this, Cleo is sitting on a chair in front of a screen door watching nature. (OK, she's probably thinking about the birds, but she is also relishing the fresh air and sunshine, perhaps at some deep level, sensing that a higher Being is behind it all.) Einstein is back on my bed sleeping — as he does most of the day. He is always a "sweetheart," showing a kindness that would be called "virtue" in a human being.

And Napoleon is wandering around, looking for pets or snacks (either will do). He would make a great "mendicant" friar, since he is well practiced in the art of "begging."

Seriously though, cats (and dogs as well) sometimes do display a sense of spirituality — not often perhaps, and certainly not all the time. But they seem to sense that they were created by a higher Being and in their best moments, they know they should be kind to each other.

And sometimes, when one of them is sitting on my lap, I sense that he or she might be communicating with that higher Being and encouraging me to join in the feline prayer.