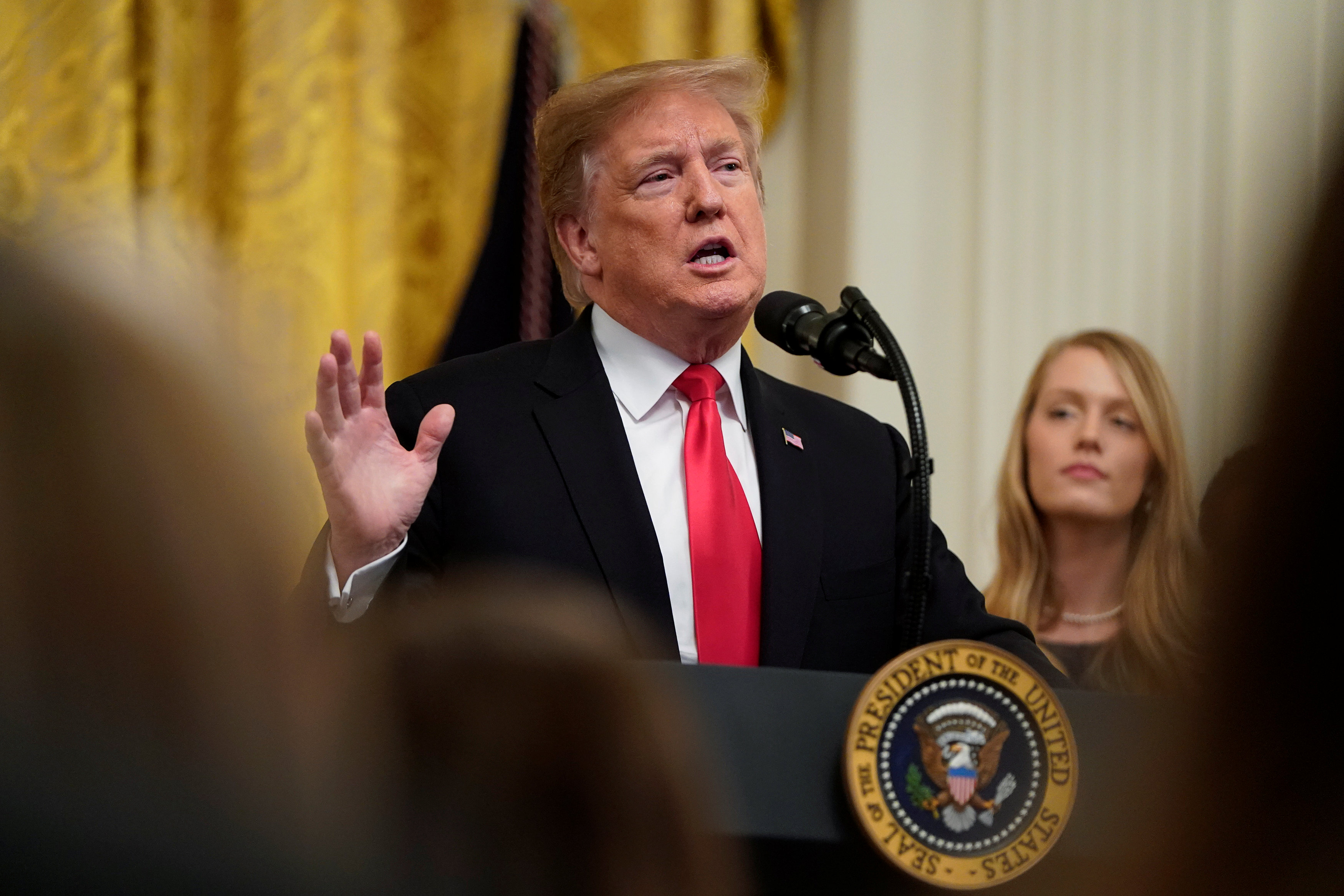 There are a few things we know about President Trump that are pretty incontrovertible. He is narcissistic. He attacks the media as the enemy of the people. He attacks the Department of Justice when it suits his needs. He fails to accept the findings of his own intelligence community. He seems to like dictators more than leaders of Western democracies. He insults dead war heroes like John McCain. When he is challenged in any way, he lashes out at that individual in the most vigorous way possible. He has difficulty with the truth. He has grave doubts about the reality of climate change. He evinces hostility to immigrants, Muslims and people of color.

A victory in 2020 will almost certainly exacerbate all these tendencies. Without doubt we can expect a reelected Donald Trump to proclaim his greatness and his victories far and wide. It will for sure be the greatest election victory in history.

Can we also expect journalists to go to jail for criticizing this president? Will he assume greater sway over the DOJ and the FBI — and will anyone prevent this? Will we begin to see political prosecutions of some of Trump’s enemies? We are already hearing calls for prosecution of such frequent targets as Hillary Clinton, James Comey and others from the Justice department.

What will happen to our foreign policy? Consider the press conference he just held with the newly elected president of Brazil, Jair Bolsonaro. He did not sound like any president of the United State I have ever known. Everything Trump said was antithetical to what have been considered American values. Trump welcomed the far-right leader and indicated he would become a major non-NATO ally of the U.S. The two leaders vented on their feelings about fake news. Trump accused American companies of discriminating and silencing conservative views on social platforms and said something must be done about it.

We can expect more of this. No one from the past who came back to see this country in 2024 would recognize our stance on the world stage. Our alliances by then would be upside down. Our relationship to Western Europe, Canada, Australia and New Zealand would be essentially abrogated. Instead, we would be partnering with the likes of Russia, China, the Philippines and Brazil. It is mindboggling.

His continued insults and outrageous conduct to anyone who challenges him will go on unchecked. He has already cowered all Republican elected officials into silence or adulation. Dissent will be a dangerous thing in the world of Trump Part II. His lies will continue, but no one will bother to fact check the number of his lies per day, week, month or year any longer.

As for climate change, Trump will continue to deregulate this government until nothing is done to preserve our environment, and even basic safety regulations will be done away with.

The future of Dreamers is in grave danger. Children separated at the border will not be reunited but will be kept in long-term debilitating detention camps. Attacks on Muslims in our country will be all but condoned, and white Nationalism will grow. They and other such groups will have free rein across the country to peddle their rhetoric of hate.

Perhaps the worst thing of all will be that the world will no longer see this country as the America they once knew. That shining city on a hill, that country always striving to attain the pinnacle of its yet unrealized ideals will be no more. The America of Washington, Jefferson, Hamilton, etc. will cease to exist.

Is this what the American people want?