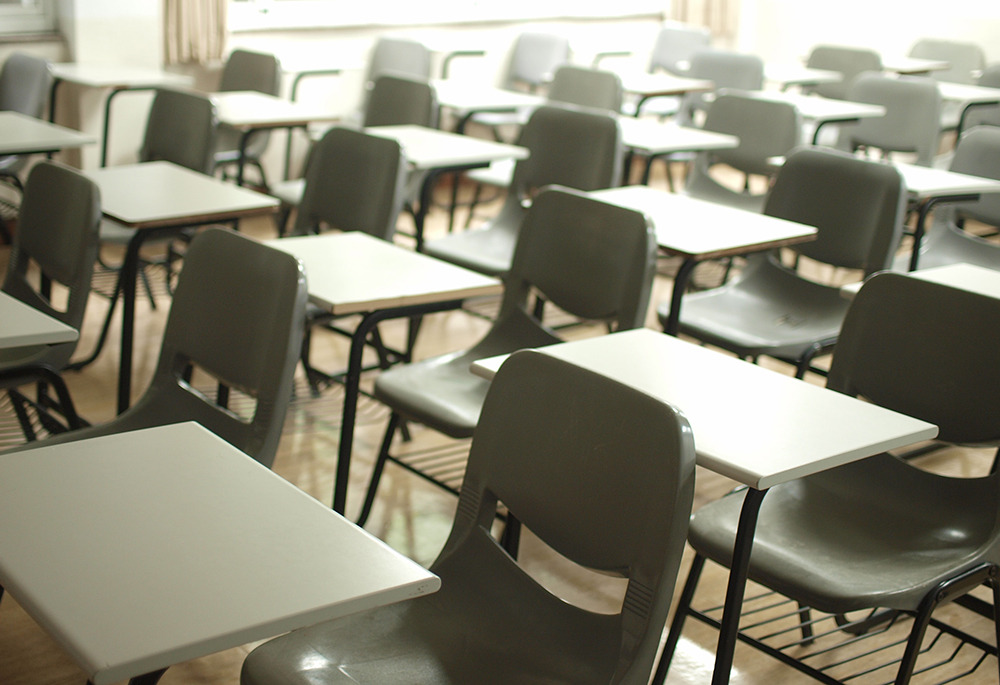 The confused sense of purpose in the theology departments at many of our Catholic institutions of higher learning is one of the biggest challenges facing the Catholic Church in the United States. Deconstructionism, with its hostility to the very idea of a canon, and its various post-modern offshoots, have left their mark on theological scholarship, frustrating or making any attempt at a lived connection with the life of the church nonsensical.

This is a difficult story to report. Colleagues do not like to complain publicly about each other. And, being Christians, we are supposed to be nice, and most people prefer being nice to having a confrontation. This fine intention has the unfortunate, and inescapable, effect of breeding resentments and ill will that break out as soon as someone is comfortable enough to tell you what they really think. Maybe academic theologians should try being mean for a year and see what happens?

Villanova theologian Massimo Faggioli touched on the problems in academic theology in his address to a gathering of bishops, theologians and other church leaders held in Chicago last March. Faggioli noted that in the 1990s and 2000s there emerged "in academic theology, of symptoms of detachment from the institutional church but also from a connection with the lived experience of the people of God, in ways that are more drastic than anywhere else in global Catholicism. It is the rise of a post-ecclesial horizon also thanks to a false polarity between institution and society as argued by Italian philosopher Roberto Esposito."

This detachment of academic theology from the life of the church is deeply problematic intellectually and practically. As Faggioli noted, in some theology circles the Feeneyite belief that there is no salvation outside the church has been reversed and, now, you find something like "extra Ecclesiam, sola salus," "Salvation is found only outside the church." 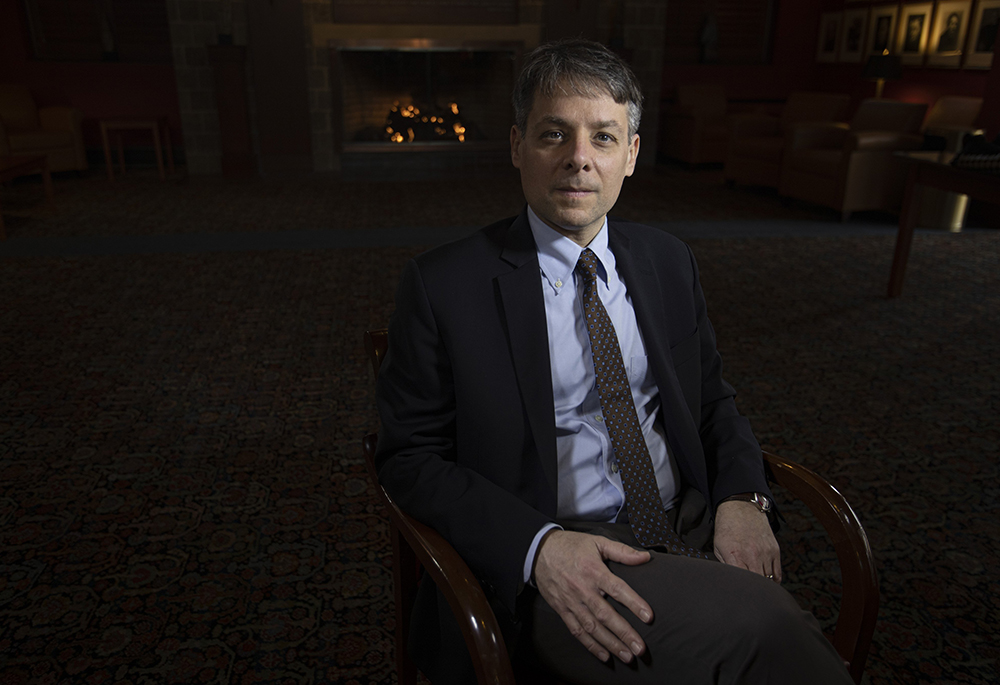 Faggioli had raised these concerns at the 2019 meeting of the Catholic Theological Society of America, where he warned about "a crisis of authority" within the world of academic theology, noted some of the intellectual movements affecting academic theology, and concluded, "The price for ignoring these movements may well be that theology will return to what it was until a few decades ago: the preserve of a self-interested and self-absorbed clerical clique — only, now with very few ordained clerics in its ranks and with no support from the institutional Catholic Church."

In the 32 years since Pope John Paul II published his apostolic constitution Ex Corde Ecclesiae, Catholic colleges and universities have been wrestling with their Catholic identity. In most wrestling matches, there is a winner and a loser, but in this match, I am not sure if a real winner has emerged or can emerge. Conservative Catholic schools have embraced a Catholic identity that strikes me as sectarian and Jansenistic, which appeals to a narrow (in both senses of the word) group of Catholics. Liberal Catholic schools mostly dismissed Ex Corde as an effort to rollback academic freedom and failed to explore the ways they could embrace a rigorous Catholic identity. Now these liberal schools are obsessed with the poorly named critical theories of gender and ethnography, and give short shrift to ecclesiology or the lived Catholic tradition. That tradition is also a dogmatic tradition and while dogma develops, it isn't taffy. There are limits.

I can hear the objection: But Augustine relied on Neoplatonism to inform his theology and Aquinas borrowed from Aristotle. Why should scholars today not rely on the insights of non-Christian scholarship? They can, of course. But Judith Butler, the gender theorist at Berkeley who has something of a fan base among Catholic theologians, is no Aristotle.

"For better or worse, students also vote with their feet. Humanities majors are down — with theology majors in free fall at many Catholic colleges and universities," said Michael Murphy, director of the Hank Center for the Catholic Intellectual Heritage at Loyola University in Chicago, in an email interview. "There are several reasons for this trend, of course; but it would be naive to say that identity politics isn't one of them. There is such a thing also as 'identity scholarship' and I think theology departments fail their students when they get too far afield of the object of study — presenting theology merely in its anthropological components or reducing it to a personal critique or dressing it down as some kind of subjective human growth seminar."

Boston College theologian Hosffman Ospino frames the problem in slightly different terms, warning that reducing theology to "most abstract, conceptual and idealistic expressions" results in an overemphasis on "the questions and concerns of the academic and even social elites." He adds, "How much time do we spend figuring out who is to hold power in church or society while giving little or no time to the fact that our young people are walking away from the Catholic faith because they don’t feel they belong?" 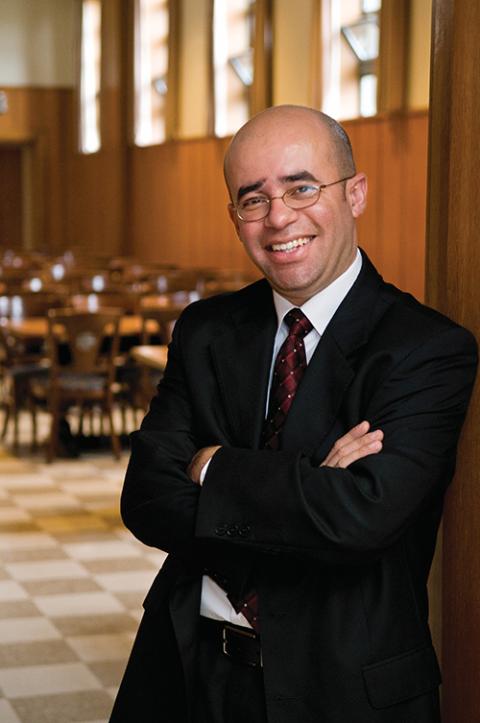 During his term as president of the Academy of Catholic Hispanic Theologians in the United States, or ACTHUS, Ospino focused the group's 2021 meeting on a dialogue between theologians in the academy and those working "in the ministerial trenches."

"We cannot advance a sound and relevant theological discourse that claims to be Hispanic/Latino Catholic without seriously engaging in conversation with these pastoral agents and the communities with whom they journey every day," Ospino said in his presidential address.

Ospino remains convinced the disconnect between academic theology and the work of the church must be overcome. "An understanding of the Catholic Intellectual Tradition that ignores the urgent questions of people in the grassroots, the pews and the peripheries runs the risk of being barren and, frankly, irrelevant," he told me in an email interview. "One can argue that these are symptoms of theologians and our departments sitting too comfortably in a 'post-ecclesial horizon,' yet I would interpret such positioning as a form of classism, evident in academic and ecclesial circles, that looks down upon, and often ignores, the questions and concerns of the poor, the rejected, the marginalized."

Cathleen Kaveny, who teaches both law and theology at Boston College, welcomes the increased pluralism within theology since Vatican II but also worries about how the theological craft is taught. "One thing I wonder about is whether there is enough of a common core across Ph.D.-producing institutions to facilitate participation in the same conversation, or whether we are beginning to carry out parallel conversations," Kaveny says. "My other discipline is law, and I continue to think it beneficial that all American first-year law students take pretty much the same courses, and even read pretty much the same cases. There is great diversity later on of course, but it develops on the basis of a common foundation." 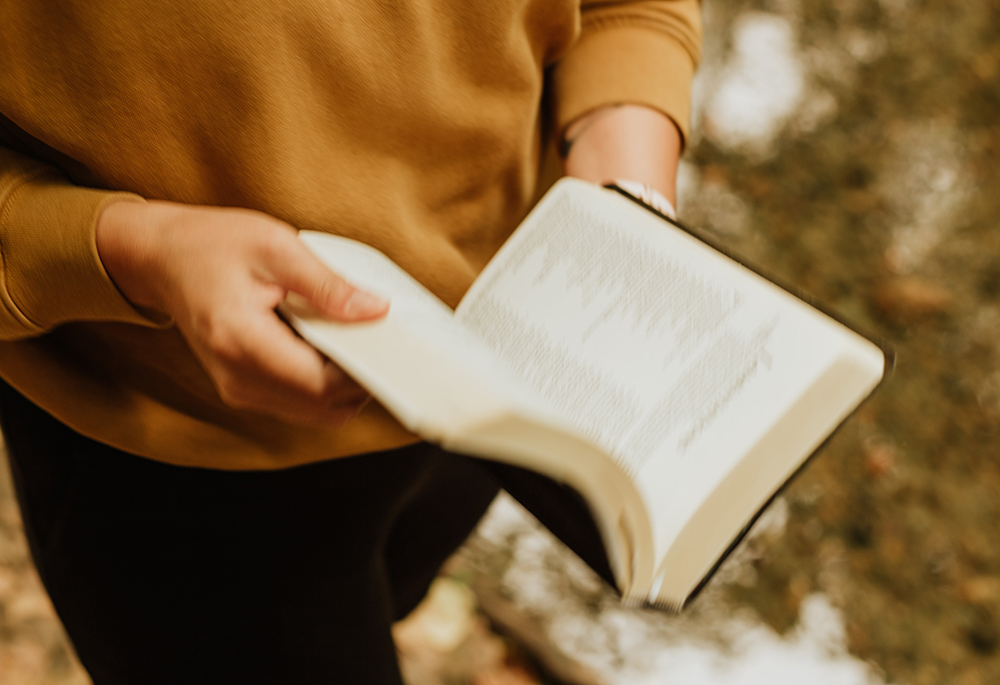 Loyola's Murphy echoes this concern. "Academic theology in a Catholic context ought not distance itself from culture and politics, but it remains incumbent upon theologians to distinguish between these tensions and the life of faith as such, the life of communion within the Body of Christ," he told me via email. "Because we are too lax with our disciplining of knowledge, our categories are terribly confused and turned inside out. How can we be surprised that everything is reduced to ideology?"

The future of Catholic theology affects not only institutions of higher learning. As the church increasingly turns to the laity for parish and educational leadership, those leaders will be trained in these institutions. If they have been trained to see the world almost entirely through the lens of deconstructionism, with its emphasis on gender or ethnography, it is difficult to see how the Gospel, with its emphasis on grace, will be communicated. This may be the most basic challenge facing the Catholic Church: How do we proclaim a Gospel of grace and gratitude in a culture of grievance?

That last question is not original to me. It was posed at that same meeting of bishops, theologians and other Catholic leaders in Chicago at which Faggioli spoke. Full disclosure: I helped organize that gathering. It exceeded my wildest expectations, an ecclesial event more than an academic conference, and one rooted in the kind of ecclesial thinking that we need if the church is to renew itself. That one question about the juxtaposition of grace and grievance deserves many conferences and many books. But, where are the theology departments that are posing that question?

There is more to this story. In some universities, Catholic studies departments are taking the lead in transmitting the Catholic intellectual tradition, and helping the entire university benefit from its Catholic identity. Tensions can exist between religious studies and theology departments, especially when they are merged. These issues all must be confronted at a time when higher education, and especially the humanities, faces a host of financial challenges: Turning education over to poorly paid adjuncts is a Band-Aid, not an answer.

What is clear to me is that theology departments, if they are to survive and flourish, must shy away from intellectual fads and focus on enlarging their students' worldviews by introducing them to the rigorous study of biblical scholarship, patristics, liturgical traditions, ecclesiology, church history and hermeneutics, all in the context of the clamant realities of the church’s life today. Then, and only then, can those departments fulfill their role in shaping the Catholic identity of a university. Only then can they renew the precious gift that is the Catholic intellectual tradition.