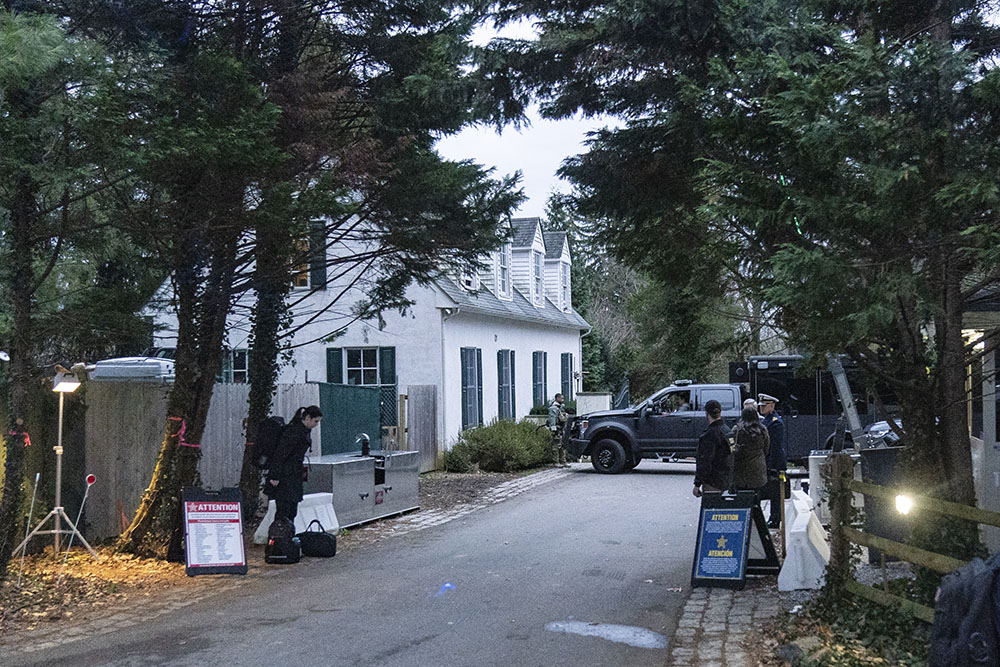 The access road to President Joe Biden's home in Wilmington, Delaware, is seen from a media van on Jan. 13. (AP/Carolyn Kaster)

The scandal surrounding the discovery of classified documents at the homes of President Joe Biden and at the Penn Biden Center, some dating back to his time in the U.S. Senate, is real. It is also multilayered.

Legally, classified documents need to be handled with the care the law requires. Every administration's worst nightmare is the appointment of a special counsel, and the incompetence of Biden and his team in this matter earned them the appointment of Robert Hur, whom former President Donald Trump had appointed to serve as U.S attorney in Maryland.

Because special counsels need to operate independently of political appointees, they have free rein to go where they wish. Ken Starr, remember, was hired to investigate the involvement of Bill and Hillary Clinton in the Whitewater real estate deal when he stumbled upon Bill Clinton's affair with Monica Lewinsky.

Politically, the president gave Trump an amazing gift to start the new year. The Justice Department had previously named prosecutor Jack Smith to investigate the presence of classified materials at Mar-a-Lago, an investigation that is apparently moving ahead swiftly. Trump and his allies at Fox News have spent the last week crowing that all the criticisms aimed at Trump for his mishandling of classified materials must now be leveled at Biden. "Everybody does it," is the mantra, and "no big deal."

In such an environment, the significant differences between the two cases will get lost, especially in the minds of low-information voters who tend to decide elections.

It is true that Biden invited the Department of Justice to search his home, whereas they needed a search warrant to enter Mar-a-Lago because the Trump team was not cooperating. Such distinctions get lost in the tribal atmosphere of journalism today. Those low-information voters, who may only read the headlines, know that the FBI found documents at Trump's home and at Biden's home. That may be all they know. "Everybody does it" may be persuasive to them.

The issue of handling classified documents is not something with which most voters are familiar. If you ask them whether they care more about inflation or mishandling documents, inflation will win every time.

The same goes for other types of infractions that are unique to politicians, such as violating campaign finance laws. People relate best to what they know, and they do not know what a politician has to do when it comes to handling classified material.

Neither investigation will have much traction unless there is an indictment, and if there is an indictment against one man and not the other, people will cry foul and the whole thing will be chalked off to tribal instincts. The legal issue of intent, always critical in charging with a crime, will be lost in the media frenzy.

What will last, however, is the perception that government officials are either corrupt or incompetent. That attitude is quite widespread among the American electorate, and it doesn't harm Republicans as much as it does Democrats. Republicans do not claim to be the party that looks to government to solve the nation's problems. It was Ronald Reagan, not Franklin D. Roosevelt, who said, "The nine most terrifying words in the English language are: I'm from the government, and I'm here to help."

That attitude, which still unites Republicans, got a boost from the search of Biden's homes.

The Democrats should not worry overmuch about this story, however, at least not in the short term. In the scheme of things, if the economy rebounds, no one will remember the story of classified documents. If the economy doesn't rebound, no other story will matter anyway.

That said, creating a brand is a long-term project, and if Democrats want the American people to look to government as a help, not a burden, they need to prevent these easily avoidable missteps from happening again. And those of us committed to Catholic social teaching, which has always opposed the libertarian hostility to government per se, must hope these kinds of scandals do not obscure the need for effective and humane government.