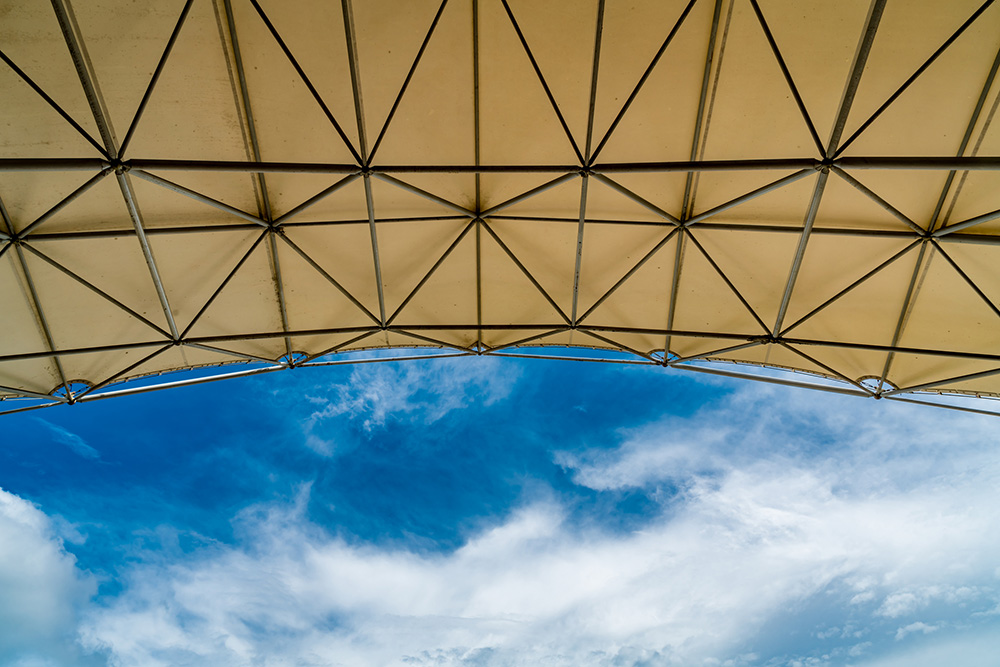 Two time periods, each filled with energy and challenge, stand out for me over the course of NCR's 58-year history.

The first was immediately following the Second Vatican Council, an era recalled by founding editor Bob Hoyt as ideal for the launch of the nation's first independent source of news about the Catholic church.

As recounted in former NCR editor Arthur Jones' book National Catholic Reporter at Fifty, Hoyt wrote in 1967: "The mid-1960s offered the best opportunity in history to bring the traditions and professional techniques of secular journalism full into the service of the church."

The council set the stage for an approach to Catholic journalism unfettered by control of local bishops and committed to the belief, bolstered by Vatican II reforms, that laypeople were quite capable of deciding for themselves what they should read about the church.

Many of them decided that they should be reading NCR, driving our circulation to a peak of 88,578 in 1968.

The second period of NCR history that I want to spotlight is right now, amid a synodal process summed up by the Vatican last month with an exhortation of six simple words: "Enlarge the space of your tent."

These two time frames also serve as bookends for my association with NCR. 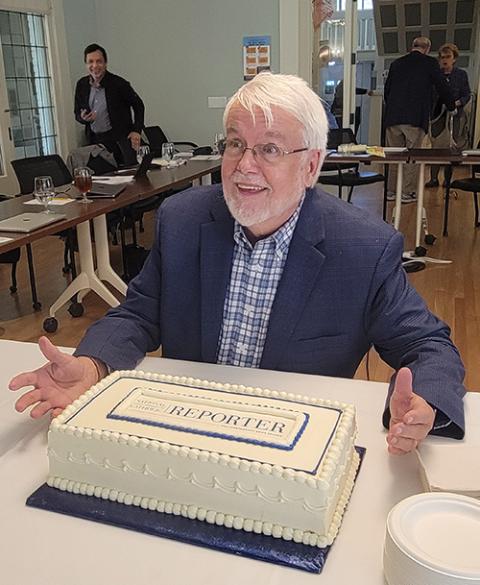 The NCR Board of Directors celebrates Publisher Bill Mitchell's retirement at their meeting in Los Angeles in November. (NCR photo/Heidi Schlumpf)

As a theology student at the University of Notre Dame in the years following Vatican II, I was caught up in the aggiornamento that threw open the windows of the church. The opportunity to explore some of that fresh air as NCR's campus correspondent from 1967 to 1971 was the icing on the cake of my college years.

Although I spent most of my career in secular media, I served as an NCR board member from 1998 to 2004. I was the first editor of EarthBeat from 2019 to 2020 and served as publisher/CEO for the past two years. I retired Nov. 14, succeeded by Joe Ferullo, an outstanding journalist who distinguished himself among 50 applicants for the job with his vision for growing NCR's readership.

Early on in the recent synodal process, I was skeptical about the unfortunately named "synod on synodality." I participated in three synodal listening sessions: with my parish men's group at the Paulist Center in Boston, with another parish group called Catholics Struggling to Stay Catholic, and with the NCR board of directors.

I was doubtful that the views expressed by these groups — especially our frustration over the church's discrimination against women, LGBTQ+ people and committed but dissenting Catholics — would find their way to the Vatican.

I was wrong. Not only did such views reach their intended target but the Vatican chose to highlight them in its 45-page summary of comments from Catholics around the world.

"The vision of a Church capable of radical inclusion, shared belonging, and deep hospitality according to the teachings of Jesus is at the heart of the synodal process," the report's authors wrote.

Quoting what they described as "a parish group from the USA," the authors added: "Instead of behaving like gatekeepers trying to exclude others from the table, we need to do more to make sure that people know that everyone can find a place and a home here."

As reported by NCR Vatican correspondent Christopher White, the Vatican document "reckons with a number of topics once considered taboo in the Catholic Church, including women's ordination, LGBTQ relationships, children of priests, sexism and clergy sexual abuse."

Those are some of the same topics, of course, that NCR has relied on its independence to tackle in ways not considered possible by other Catholic media.

But now is not the time for NCR to rest on its laurels. Just like the church, we have some work to do enlarging our tent.

The number of subscribers to our print edition has fallen, in large part because of changes in the ways readers get their news, from that high of nearly 90,000 in 1968 to fewer than 20,000 today.

Yet the printed newspaper (view the latest issue at NCRonline.org/latestissue) continues to play an important role in our company for journalistic as well as financial reasons. Thousands of our readers tell us they still prefer holding NCR in their hands as opposed to reading us on a screen.

Just as the synodal document encourages the church to seek out people missing from its ranks (as opposed to expecting them to just show up in church), NCR needs to continue to do so as well.

In ways unimaginable to the paper's founders, NCR was an early adopter of digital media and now connects via social media and NCRonline.org with more than 800,000 monthly visitors.

Since digital readers yield far less revenue than their counterparts in print, we rely on the generosity of readers like you who have become members of NCR Forward and contribute to our various fundraising appeals.

In the interest of making as much of our journalism as accessible to as many people as possible — an especially important goal when so much disinformation is available free online — we have resisted the idea of a paywall that would limit our content to those able to pay.

Like the church, we need to enlarge our tent in several ways, especially among young people and people of color.

"There is universal concern regarding the meager presence of the voice of young people in the synod process," the Vatican report noted, "as well as increasingly in the life of the Church."

Our digital publishing has enabled NCR to make modest progress attracting younger readers. Our excellent news coverage and commentary, directed by Executive Editor and Vice President Heidi Schlumpf, reflects far more diversity than it ever has before. We remain a largely white organization, though, and we recognize that living up to our values requires significant improvement.

I leave this job confident that NCR's talented staff, led by Publisher/CEO Joe Ferullo, will continue to uphold NCR's editorial excellence at the same time they enlarge the space in our tent.