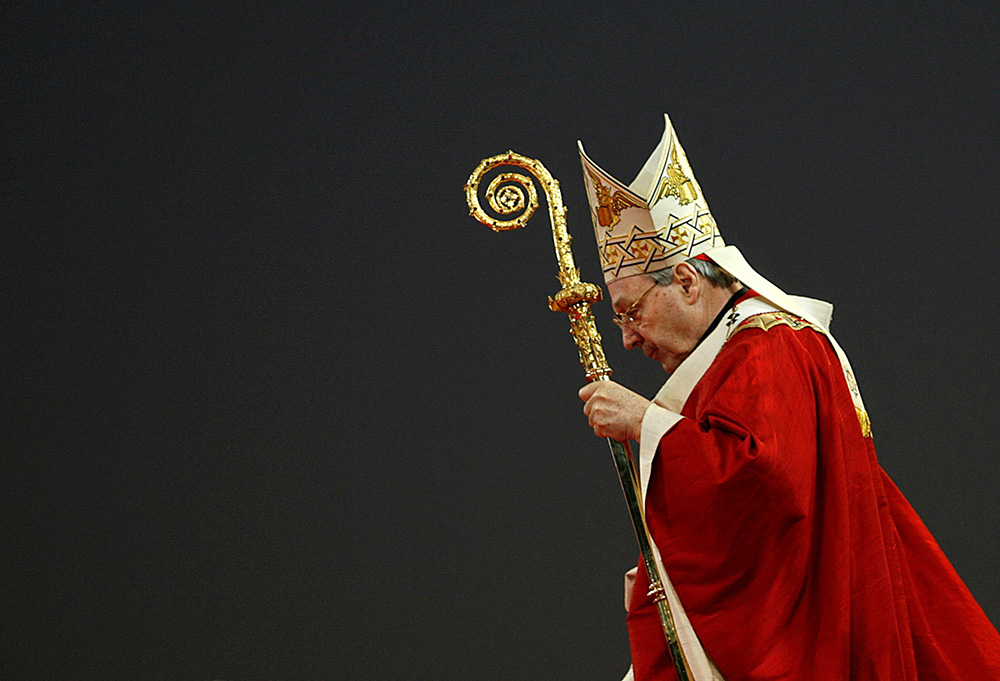 Cardinal George Pell, who died this week as a result of complications related to hip surgery, was the poster boy for Pope John Paul II's "heroic priesthood," a discernible type of prelate that was common throughout the 20th century. Conspicuous, forceful, determined, dismissive toward contrary opinions, he was a polarizing figure convinced of the need to risk polarization in order to defend the church's teachings.

"There was nothing bland or half-hearted about George Pell: he was strong, even vehement in his faith, his convictions, his likes and dislikes," wrote Archbishop Mark Coleridge of Brisbane, Australia, in The Catholic Leader. "He could be a fierce opponent, unafraid to enter the battle. At times this could make him seem an ideological warrior, which did not serve him well. It certainly wasn't George Pell at his best."

Coleridge's heartfelt remembrance of the late cardinal is the best I have seen and is worth reading in its entirety.

Pell's legacy will pose the question whether that kind of leadership is part of the problem or part of the solution to what ails the church.

Part of Pell's reputation grew out of, and corresponded to, his physical presence. Standing 6 foot, 4 inches, Pell always looked like the pro footballer he could have become as a young man. When he entered the room, people noticed. He could be imposing, a quality that attracts some and repels others, depending on personality and circumstance. 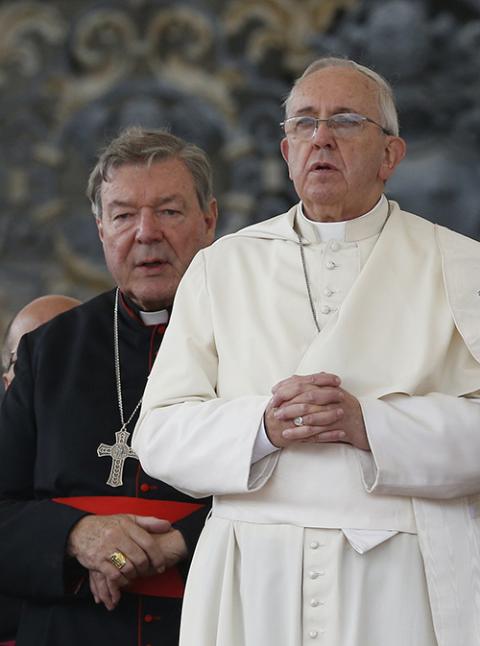 Pope John Paul II was one of those attracted to Pell. The Polish pope named him archbishop of Melbourne, then archbishop of Sydney, Australia's largest two cities. Pell was made a cardinal in 2003. He was, like John Paul II and his successor, Pope Benedict XVI, strongly influenced by the Communio school of theology.

Pope Francis was another of those attracted to Pell's dominating personality, and saw how it might be well suited to the thankless task of trying to reform the finances of the Vatican. Francis appointed Pell to lead the newly created Secretariat for the Economy in 2014.

Pell's tenure there was mixed. Many non-Italians have trouble adjusting to the byzantine administrative culture of the Vatican Curia and Pell was no exception. The most explosive revelations came about after he had left office. That said, Pell could claim with some justification to have been vindicated by subsequent revelations of graft and grift within the upper echelons of the hierarchy.

Pell's tenure in Rome ended when he returned to Australia to face allegations he sexually abused a minor. I always admired his decision to return to his native country and face the allegations head-on. He was convicted, spent 404 days in prison, and then the conviction was overturned.

"The spiritual poise and strength he showed through all of this was extraordinary. It revealed a depth to George Pell that often went unrecognized," wrote Coleridge of that time.

The best, most balanced analysis of the case was penned by my colleague Brian Fraga (writing then for Patheos), who considered both what we knew, and what we did not know, about the case. The judicial system in Australia functions so differently from our own that both the easy defenses of Pell and the easy denunciations rang hollow.

"In the end, I think we can all take solace that the cardinal received the due process that he had a right to in the Australian legal system, and that the alleged victim was heard and had his complaints taken seriously," Fraga concluded. "I think that's all we can definitively say. Because when it comes down to it, that's all we really know."

If we were to compare Pell to an American prelate, he would most closely resemble the late Cardinal John O'Connor of New York. He, too, was seen as an obnoxious rube to some and a dynamic leader to others. My mentor, the late Msgr. John Tracy Ellis, lived at O'Connor's residence in midtown Manhattan while teaching one year at Dunwoodie seminary. I don't know if he lived at the residence the whole year, or only on the weekends, but they spent a good deal of time together.

This was a bit surprising: Ellis was associated with the more liberal wing of the Catholic Church, but he told me how much he admired the cardinal. "He is a lion," Ellis said. "And the church needs lions."

I am not so sure. There are times when the church needs lions, protectors, prelates and others willing to man the barricades, at least in times of persecution. But the late 20th and early 21st century witnessed something different from persecution.

The times called for pastors, not prophets, for accompaniment not thunderbolts, for missionaries and evangelizers not apologists, for lambs not lions.

True, the acids of modernity, as political commentator Walter Lippmann once called them, were eating away not only at the faith but at the disposition to believe. The culture was becoming secular, but not the way late 18th-century French culture had become secular. People were not so much hostile as busy. They lost interest in the faith, failed to see that it related to their daily lives, and moved on.

Lions like Pell treated these developments as modern-day reign of terror and thought they could hasten the Thermidorian reaction, but they misdiagnosed the situation. Modernity was not producing anti-clericals in the mold of Robespierre but rather people who were alienated, drowning in materialism and plenty, needy.

The times called for pastors, not prophets, for accompaniment not thunderbolts, for missionaries and evangelizers not apologists, for lambs not lions. The culture of the Catholic ghetto had needed lions to protect the poor, huddled masses, but most Catholics had left the ghetto by the time O'Connor and Pell become bishops. It was prosperity and assimilation that threatened Catholic identity.

That said, men like Pell and O'Connor were capable of great generosity of spirit. I remember O'Connor going weekly to work in the AIDS ward at St. Vincent's Hospital, doing menial work like emptying bedpans. Coleridge calls Pell "an extraordinary man of faith." They may have misread the times, as we all do sometimes, but they gave their lives to the church. Pell now goes to his heavenly reward and there, we are told, the lions lay down with the lambs.