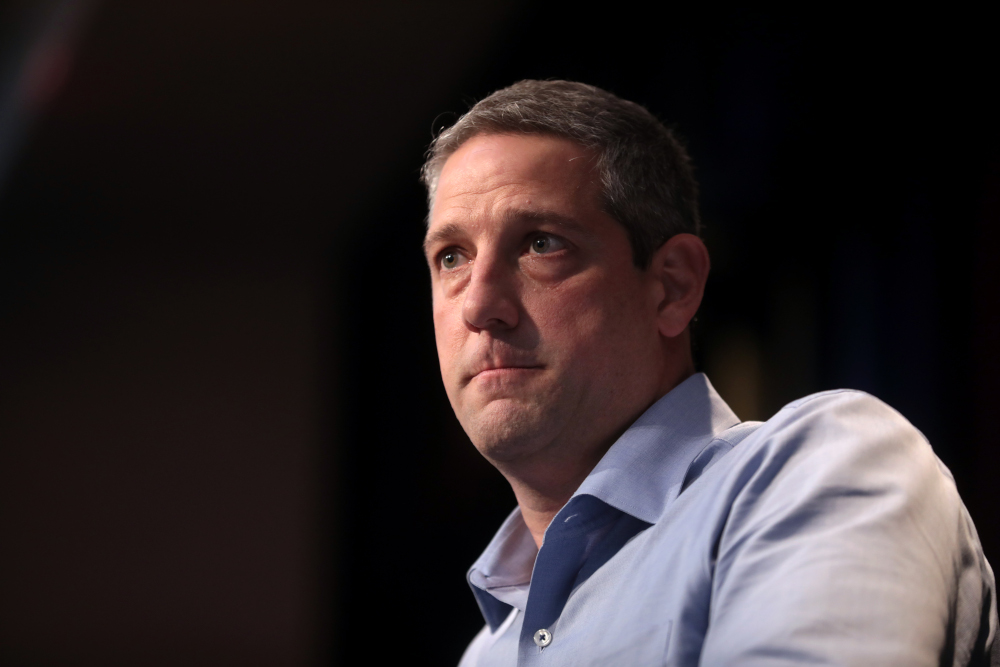 U.S. Congressman Tim Ryan speaking with attendees at the 2019 Iowa Federation of Labor Convention hosted by the AFL-CIO at the Prairie Meadows Hotel in Altoona, Iowa. (Wikimedia Commons/Gage Skidmore)

Conservative Catholics have long complained that liberals support a "culture of death" because they tend to defend access to legal abortion. But NBC News reports that the state of Texas, where conservatives control every lever of statewide political power, are sending DNA kits to parents so that they can identify their children's bodies in the event of a mass shooting incident such as the one at Uvalde. That surely should be Exhibit A in a "culture of death" museum.

You do not need to be a Fox News fan to be concerned about bias at The New York Times. In an important article about fears for the future of democracy, Jonathan Weisman notes that only 7% of voters in the Times/Siena poll said that was their top issue. He adds, "Americans face more immediate concerns: the worst inflation in 40 years, the loss of federal abortion rights after 50 years and a perception that crime is surging, if not in their communities then in cities nearby." But only 4% in that same poll said abortion was their top issue.

Relatedly, from Yahoo News, Jon Ward reports that the abortion issue is not turning into the winner some Democrats thought it would be. Two candidates in particular — Senate candidate Tim Ryan in Ohio and Arizona gubernatorial candidate Katie Hobbs — have been put on the defensive recently for their unwillingness to support any restrictions on abortion. The power of the abortion lobby to hobble Democratic candidates in middle America is the thing that may hand the Senate to the GOP.

Ryan, however, is trying to define himself as the kind of candidate your grandfather's Democratic Party would support, which is the only kind of Democrat who can win in Ohio these days. E.J. Dionne at The Washington Post hit the campaign trail and reports on how Ryan is doing, and what it says about the Democratic Party nationally.

Finally, a political story with good news: At Politico, David Siders reports on how ranked-choice voting in Alaska has helped marginalize extreme candidates like former Gov. Sarah Palin, who lost a special election for a seat in Congress earlier this year. Independent voters who had backed Nick Begich, a non-MAGA Republican, did not mark Palin as their second choice, and the Democrat, Mary Peltola, became the first Democrat to win a House seat in Alaska in almost 50 years! There is a rematch next month for a full-term. Could ranked-choice voting help the country find a democratic path back to the center?

Last week, I called attention to voter registration numbers and whether or not they have been affected significantly by adverse reaction to the Supreme Court's decision to overturn Roe v. Wade. From the Tennessee Lookout, a report showing that midterm registration figures there showed no real uptick.