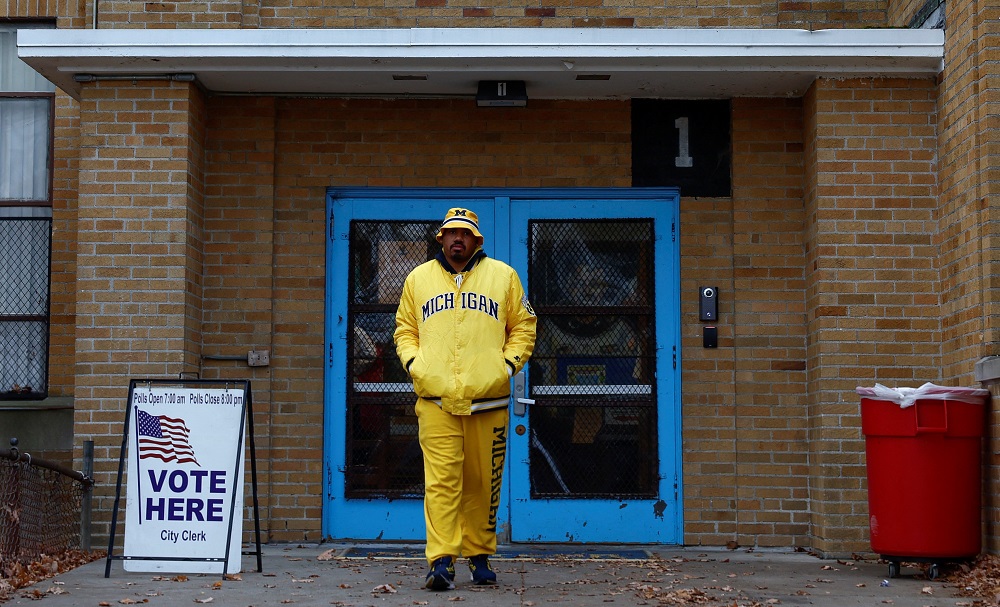 The basic law of midterm politics is simple: The party that controls the White House has a rough election. In 2018, the Democrats captured the House. In 2010, Republicans flipped 63 House seats and seven Senate seats. In 2002, the GOP gained seats in both chambers even while George W. Bush was in the White House, but that election occurred in the shadow of the terrorist attacks of September 11, 2001. It was the exception that proves the rule.

On the other hand, it shouldn’t be difficult to defeat a political party that is unwilling to denounce a violent mob that attempted an insurrection on January 6, 2021. The GOP nominated many candidates because of their fealty to former President Donald Trump, and many of them proved not ready for prime time.

In the days leading up to yesterday’s midterms, the polling pointed to a Republican wave. Democrats were fearing the worst, losing control of both chambers decisively, perhaps losing a few seats that were not even on people’s radar screens.

Instead, it looks like the results are a jump ball. Democrats picked off some GOP-held seats, and Republicans won some Democratic seats, but it seems likely the GOP will control the House, with all that portends. As the final votes are counted today, and in the days ahead, the only certainty is that neither party can claim a nationwide mandate.

One of the most important results came from Florida. The classic swing state – remember the hanging chads in 2000? – has become a solid Republican state. Gov. Ron DeSantis and Sen. Marco Rubio cruised to re-election, even winning Miami-Dade County, once the backbone of Democratic victories in the Sunshine state. With 30 electoral college votes, Florida has overtaken New York as the third largest electoral delegation. One wonders what the Democratic Party in Florida has been doing the past few years?

DeSantis’ dominant victory sets up a fascinating civil war within the GOP. Trump labeled the Florida governor “Ron DeSanctimonious” and also told Fox News Digital, “I would tell you things about him that won’t be very flattering – I know more about him than anybody – other than, perhaps, his wife.” There is no love lost between the two and it is difficult to imagine a fight between them not descending into a bloodbath in which both candidates think they need to out-extreme the other.

That prospect should not mask a more troubling development for Democrats. 69% of Miami-Dade’s residents are Hispanic and DeSantis and Rubio won the county with 55% of the vote. In Texas, Republicans also picked up a Democratic House seat when Monica De La Cruz won that state’s 15th congressional district. If Republicans can find ways to translate their victories with Latinos in Florida nationwide, there is no way for the Democrats to win national elections. Full stop.

Interestingly, one Democratic Latino congressman who won last night’s general election was Rep. Henry Cuellar, the only pro-life Democrat left in Congress. He won the general election by a larger margin than he won his primary. In the primary, a pro-choice challenger forced Cuellar into a runoff which he narrowly won. The lesson? Being ultra-progressive on social issues may not be the best way to secure the Latino vote.

This summer, some liberal commentators and political strategists thought the Supreme Court’s abortion decision might provide a path to victory for the Democrats. According to the Washington Post, the party had spent $103 million on ads about abortion through October 25, while Republicans spent $50 million on ads about inflation and the economy and a similar amount on ads about crime. According to a different, more recent survey from AdImpact, Democratic ad spending on abortion is at $230 million.

It will take some time to figure out in which races that spending proved decisive. Although constitutional amendments protecting abortion were approved in Vermont, California and Michigan (with Kentucky's too close to call), it is worth noting that GOP governors who signed restrictive abortion laws, such as Texas Gov. Greg Abbott and Ohio Gov. Mike DeWine, won convincingly.

“When you’re talking about abortion every day and folks are out there filling up their gas and going to the grocery store,” Matt Wolking, a Republican strategist, told the Post, “for voters there’s a disconnect.”

Former President Barack Obama figured out how to overcome the disconnect and talk about the economy in the week before the election. “Inflation is a real problem right now,” Obama told a campaign rally in Nevada, pointing out that the problem is worldwide. “So you see, gas prices going up, grocery prices going up – that takes a bite out of your paycheck. It’s no joke. It hurts. The question, though, you should be asking is – who’s going to actually try to do something about it?”

He went on to discuss GOP plans to change Social Security from an entitlement to a standard government program. That’s how Democrats connect with voters during a sour economy

The disconnect between campaign messages and voters’ concerns has stalked campaigns since I worked on two of them in 2004. Unimaginative campaign consultants steer candidates away from discussing issues that don’t poll well. That makes sense, within limits. The limit should be obvious but apparently is not: If the other side is the only one talking about issue X, voters are going to get only one side of the story. This happened in 2010, when Republicans were the only ones talking about the Affordable Care Act. Journalist Amy Sullivan wrote a devastating article about the scandal of campaign consultancies 17 years ago, but I haven’t seen any changes.

Pennsylvania yielded one of last night’s most stunning results. Lt. Gov. John Fetterman defeated TV-doctor Mehmet Oz. Exit polls indicated that voters were split on whether or not Fetterman’s stroke would impede his ability to represent Pennsylvania in the Senate effectively. But a significantly larger majority indicated that Oz was unfit to represent Pennsylvania because he had lived in New Jersey until recently. The defeat of GOP gubernatorial candidate Doug Mastriano, who was present at the January 6, 2021 insurrection, demonstrates the evening’s most obvious lesson: Lousy candidates have trouble winning.

In the races I was watching in the House – RI-2, CT-5, VA-7 – only CT-5 was too close to call. Democrats held on in the other two. In the Senate, Maggie Hassan held on in New Hampshire and, as I head for bed, the Nevada Senate contest has not been called.

It is a good thing for the country that there is no way to interpret last night’s results as any kind of a victory for Trump. The American people rejected as many of his acolytes as they elected, and the party from which he demanded obedience failed to create the wave they could taste just the day before. Democrats, too, have much to ponder, especially the fact that the GOP has continued to make inroads among Latino voters in two of the nation’s largest states. And the country remains profoundly divided with no political figure emerging as the kind of person who could overcome those divisions.