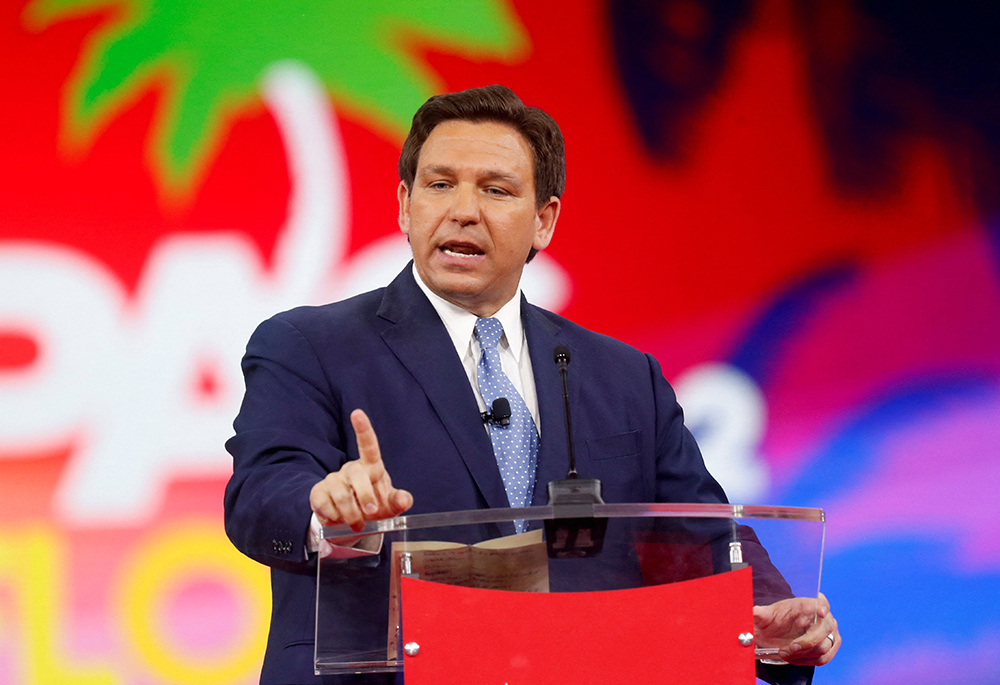 At Religion News Service, Jack Jenkins reports on the most offensive ad of the 2022 midterms, in which Gov. Ron DeSantis of Florida was presented as a divinely ordained political leader. In the video, the narrator says, "on the eighth day, God looked down on his planned paradise and said, 'I need a protector.' So God made a fighter." Yikes. That idea offends the vision of the founders that included a vibrant place for religion in society, but not in the national government. Even more does it offend Christian orthodoxy. Ever since the gnostics, heretics have been trying to add things to the canon of Scripture. Then it was some bizarre passages in the "Gospel of Thomas." Now it is this "eighth day" nonsense. Maybe "offensive" is too tame a word.

The only candidate in either party to have been shot by a primary opponent has won his race, according to the News-Enterprise in Kentucky. Democrat Craig Greenberg won the Louisville mayor's race, after being shot in February in his campaign office by a social justice activist who was running against Greenberg in the Democratic primary. He was physically unhurt in the attack, in which a bullet grazed his sweater.

From NiemanLab, the website of the Nieman Journalism Lab, three scholars look at the phrase "white Christian nationalism" and warn it is not a catchall phrase for any linkage of religion and politics, but has a specific reference to those who believe the Bible should be represented in government. A fascinating look at the dangers of what they call a "keyword-focused 'close enough, good enough' approach."

From York Minster's official YouTube page, a performance of Widor's Toccata from Symphony #5 on the newly restored organ. I was not able to verify the claim that the performance of the Widor Toccata at the wedding of the Duke and Duchess of Kent in 1961 catapulted it into prominence. The Duchess of Kent became famous for her public conversion to Catholicism, the first of a member of the British royal family since the Act of Settlement in 1701. No matter how the Widor Toccata became famous, I am glad it did and it sounds magnificent on the newly restored organ.