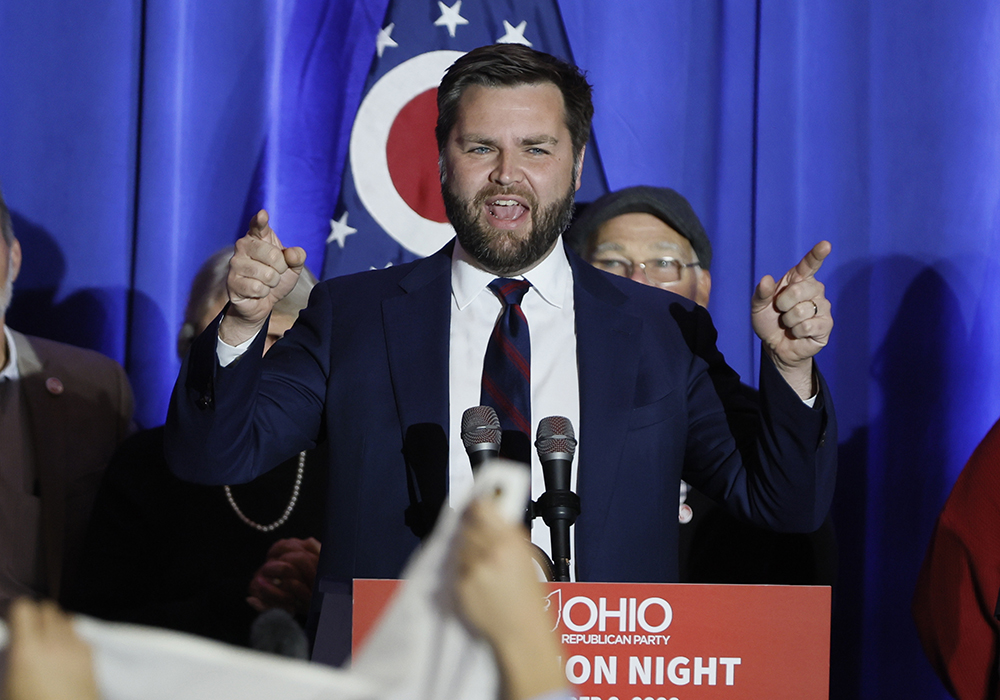 "It doesn't surprise me that Vance won. What does surprise me is that he won by six or seven percentage points," Geoffrey Layman, chair of the political science department at the University of Notre Dame, told NCR.

Layman said that Ohio has now "clearly become a red state" after decades of being a bellwether for national elections.

"It seemed that Tim Ryan was the right kind of candidate for Democrats in Ohio," Layman said, referring to Ryan's image as a moderate Democrat from a working-class background who disagreed with some of his party's positions on trade and economic policy. He was elected in 2003 as a pro-life Democrat, before later changing his position on abortion.

Ryan, who was born into an Irish-Italian Catholic family, ran as a Catholic who embraced the kind of social justice and solidarity championed by Pope Francis, even though his positions in favor of abortion rights and LGBTQ rights clashed with official Catholic teachings. 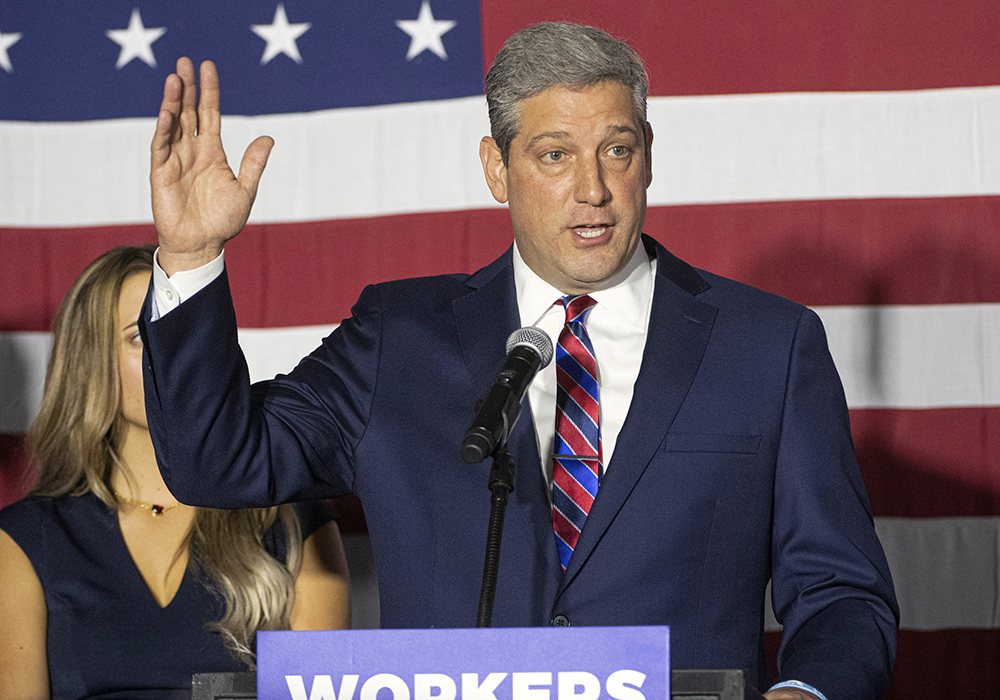 In that regard, Ryan provided a stark contrast to Vance, a self-described "conservative Christian" who converted to Catholicism in 2019 and has echoed Trump's strident rhetoric on immigration and abortion while aligning himself with far-right political figures.

"Ohio and the nation missed out on having Tim Ryan, a good guy, in the Senate," said Lisa Johnson, a Cincinnati resident who helped lead a Catholics for Ryan group to mobilize voters in Ohio. Johnson told NCR that the election left her feeling "gutted."

Patrick Carolan, co-founder of Catholics Vote Common Good, a progressive group that also supported Ryan, told NCR that Ryan was "the kind of leader who all Catholics should have been able to get behind."

"At least it wasn't a red tsunami that everyone was predicting," Carolan said, referring to polling before the midterm elections that suggested Republicans might take power from the Democrats in the U.S. Senate and garner a larger majority in the House of Representatives.

In contrast to expectations, various media voting projections in the days after the polls closed have indicated the GOP is tracking to regain control of the House, but with a much smaller majority than what polls and pundits had predicted.

As for the Senate, the nation may not know which party will control that chamber until a Dec. 6 runoff election in Georgia between Sen. Raphael Warnock, a Democrat, and his Republican challenger, retired football legend Herschel Walker.

"Overall, I think it was an amazingly good day for the Democrats. I don't think anybody expected the Democrats to do that well," said Layman.

Layman told NCR that history, high inflation and President Joseph Biden, a Democrat, having approval ratings below 50% would have likely cost the Democrats, who currently control both the House and Senate, at least 40 to 50 House seats in a normal election cycle.

"Trump did not seem to have a golden touch," Layman said.

Exit polling indicates that large numbers of voters were also angry with the Republican Party over the U.S. Supreme Court striking down the constitutional right to an abortion in its June 24 decision in Dobbs v. Jackson Women's Health Organization. According to The New York Times and the Associated Press, voters in Michigan, California and Vermont chose to enshrine abortion rights in their state constitutions. In Kentucky, voters rejected a constitutional amendment that would have said residents in that state had no right to an abortion.

"We've never seen anything like what the exit polls were saying, where something like 30% of voters said abortion was the most important issue for them," Layman said. "For abortion to poll like that is sort of incredible, and it shows you the impact of the Dobbs decision. I think it worked in the Democrats' favor."

Voters' support for abortion rights marked a significant political setback for the nation's Catholic bishops, who are expected to discuss the issue when they gather Nov. 14-17 for their fall plenary assembly in Baltimore. The gathering will be the prelates' first public meeting since the U.S. Supreme Court overturned its abortion precedent in Roe v. Wade.

In this election cycle, bishops supported the anti-abortion amendment in Kentucky and opposed the abortion rights measures in Michigan, California and Vermont. In August, Kansas voters defeated a proposed amendment that would have removed the explicit right to abortion from their state constitution. The bishops in that state spent more than $3 million combined in support of that ballot initiative.

Some bishops voiced their dismay about the midterm results on social media. Bishop Thomas Tobin of Providence, Rhode Island, tweeted on Nov. 9 that "political setbacks will happen, but the Catholic Church will always proclaim the sanctity of human life." Tyler, Texas Bishop Joseph Strickland tweeted that the election results were "deeply tragic."

Even though the GOP didn't rout Democrats in a so-called "red wave," Republicans still enjoyed some significant Election Day victories.

Florida Gov. Ron DeSantis toppled his Democratic challenger, the former governor Charlie Crist, in a convincing landslide victory that prompted some analysts to proclaim that DeSantis has supplanted Trump as the party's leader and its best standard-bearer for the 2024 presidential election.

Voters' anxieties over abortion and the state of democracy, as well as the poor quality of Trump's handpicked candidates, may have prevented the "red wave," but DeSantis, Vance and many of the other Republicans who prevailed on election night show that Trump has changed the Republican Party, analysts say.

"Republicans can run hard-line on cultural issues like immigration while being protectionist on trade and using the government to help people, especially white working-class people, and they can win with that, as long as they have candidates who are competent and have some degree of experience," Layman said.