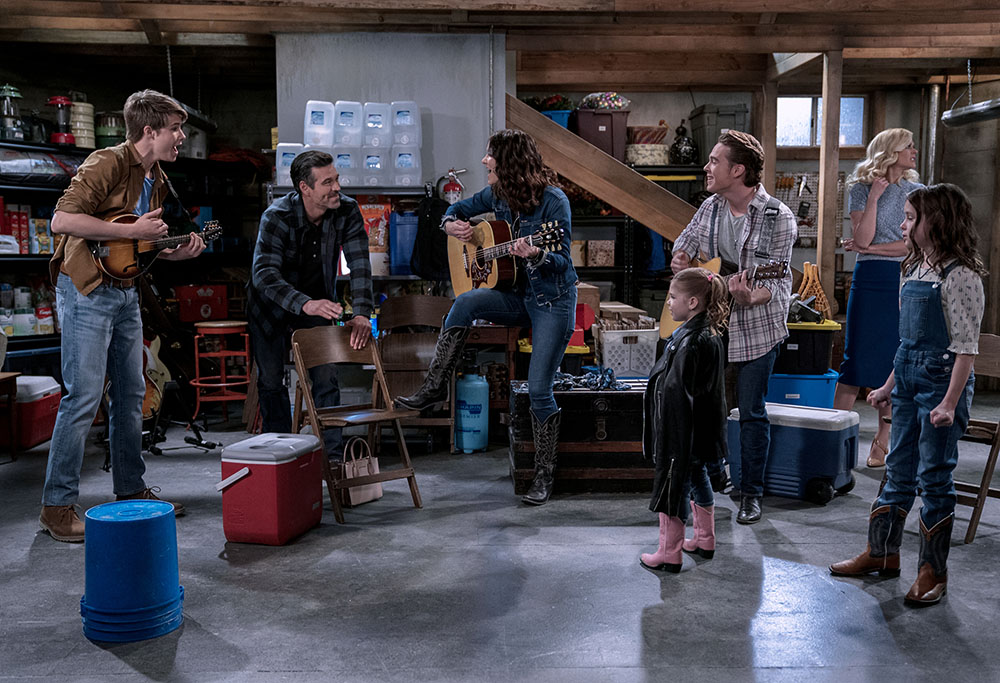 One dark and stormy night somewhere in Texas, a frantic young woman, Bailey Hart (Katharine McPhee), knocks at the door of a ranch house belonging to a widower, Beau (Eddie Cibrian), and his five children. When Tuck (Ricardo Hurtado), 15, answers the door, Bailey asks to use the phone to call a tow for her broken-down truck. He mistakes Bailey for the family's new nanny, and the other children come to see what's happening: Brody (Jamie Martin Mann), 16, Dylan (Griffin McIntyre), 12, and 6-year-old Chloe (Pyper Braun).

Tuck announces Bailey as the new nanny, but 9-year-old Cassidy (Shiloh Verrico) comes downstairs to reject the idea of anyone taking the place of their mother, who died two years before.

Bailey explains she's just an out-of-work country singer who just failed an audition and lost her boyfriend. She just wants to use the phone. She's definitely not the nanny.

When Beau and his girlfriend, Summer (Janet Varney), arrive home, misunderstandings ensue as the storm outside worsens. Beau thinks Bailey is the nanny from the agency, too, the latest in a long line of nannies. The attractive Bailey is immediately threatening to Summer.

When the tornado sirens go off, they all rush to the basement. To help calm the children, Bailey picks up a guitar and begins to play and sing. The boys join in, but Cassidy throws a fit when Bailey plays her mother's guitar. We learn that there has been no music in the house out of respect for Cassidy's feelings since their mother died.

Ten minutes into the pilot episode of Netflix's "Country Comfort," the kids reference Mary Poppins, the famous Disney nanny, and by now practically anyone above the age of 5 will recognize where this story is going. The Trapp Family Singers have time-traveled and moved to Texas. It's "The Sound of Music" with a twang. While Bailey is no nun, she's a good person and can sing. I think Julie Andrews, who played the nanny Maria in "The Sound of Music," would be pleased.

Noting how derivative this storyline is (even the kids mention it soon enough) is not a criticism. Summer is pretty but rather dim and a more desperate version of the Baroness. Plus, these children don't like their father's girlfriend either.

While Cibriani is no Christopher Plummer, who played Captain von Trapp, he doesn't have to try, to his credit. He is a secure presence — and a handsome romantic interest — in a fast-talking, fast-moving sitcom about a family dealing with loss, grief and growing pains. And it works really well.

Caryn Lucas, who wrote the script for the 2000 comedy hit "Miss Congeniality" and sitcoms like "The Nanny," created the series. The otherwise all-white central cast includes Cibrian, who is Cuban American, and secondary Black and Latino American characters. 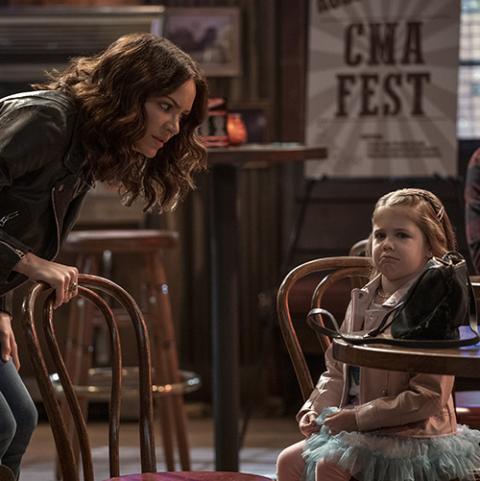 The casting of the main characters is inspired, and in the 10 episodes of the first season, we learn that all of the children have talent. McPhee, the runner-up on Season 5 of "American Idol" in 2006, is excellent in the role of the somewhat lost Bailey, whose life is like a country song. She's hilarious.

I think the smartest actor in this ensemble is Verrico as Cassidy. She delivers lines with precision and speed that hit their mark every time. Braun as Chloe is very young, and it's easy to see she's watching her coach (or her mom) off-camera for cues, but she makes it work.

The themes of this heartfelt series are family, loss, dealing with grief, finding one's purpose in life, and the many kinds of love that make a country song go around. Country singing star LeAnn Rimes, Cibrian's wife in real life, makes an appearance as herself in one episode, showing the children that music can help heal life's hurts.

Another moving episode deals with Cassidy's anger at God, as well as Bailey's. This episode is the winner, to me, in a finely conceived and well-crafted family comedy series. The sound of music still resounds in American entertainment.