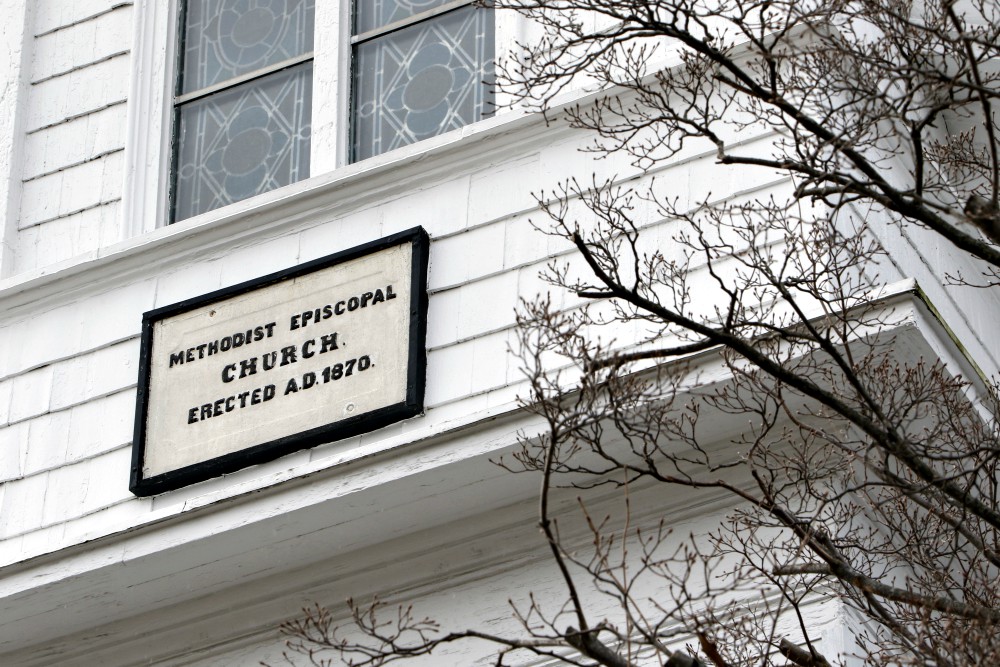 After an LGBT couple visited Sunday worship at a Methodist church in Indiana a few years ago, they asked the minister if he'd call on a friend who was dying of AIDS. Pastor Charles says he paused just a moment before assuring them he would. He'd hesitated only because he'd silently upheld the United Methodist hardline policy against ordaining LGBT persons and marrying same-sex couples. A policy that has been up for debate for decades in the nation's second-largest Protestant church.

So, he made a pastoral call that bowled him over. During prayer and counsel with the AIDS sufferer, surrounded by LGBT friends and caregivers, Charles says his fears and reservations vanished. Anything other than full LGBT inclusion in the church was suddenly impossible for him to imagine.

"When I saw and felt the compassion and depth of care in that room, I accepted it as a sign of Christ's presence," he said. "I could no longer believe God's will was for the restrictions we'd put on them."

The mounting strife that shook the 12-million-member worldwide denomination had divided friends, caused defections and ousted pastors. Charles says he'd avoided voicing his views before and after his change of heart for fear of adding to the tension. Like many fellow pastors and congregants, he remained uncomfortably on the sidelines, wary of becoming a combatant but unhappy with himself for not sharing his convictions.

Last February, a world conference appeared to snuff out any possibility of resolution, voting by a 53% majority to uphold the existing prohibition. A flurry of last-gasp rescue plans quickly arose in an effort to ward off collapse, but none drew broad favor and the outlook focused on irreparable fracture. Then a deceptively bold, relatively simple proposal appeared as if from nowhere at the start of January.

At first glance, my lifelong Methodist church roots revived promise of new life. If it worked, that is.

Kenneth Feinberg brokered the separation agreement. He'd seen many attempts to tamp the fires among the global church's far-flung members (declining in the U.S., growing in Africa and Asia where strongest opposition to homosexuality exists). The new joint proposal seemed more intuitive than lawyerly — agree to create two church bodies, one that ends restrictions on LGBT ordination and marriage, retaining the United Methodist Church name, the other to be created with a name of its own choosing, holding fast to the exclusion of LGBT persons in ordained ministry and off-limits to same-sex marriage.

As described, it would be an amicable parting without disabling rancor, which has been marked by breakaway rebellions, or requiring either side to coexist with the other. Methodists could, under the proposal, let one another go in peace, if not with full mutual blessings, without a seemingly impossible need to square a circle. LBGT members could be liberated from churches where many members judged them immoral; upholders of traditional restrictions could be free of the sting of dissenters.

Two Methodist heritage churches with continued connections and genuine respect perhaps fostered fresh thinking without disruption unless each or both collapsed into monolithic echo chambers. It could be a major trial of agree-to-disagree style.

The proposal must still pass a general church vote this spring, but prospects for approval appear strong. In an effort to ease the transition and in an expression of goodwill, the existing United Methodist Church would provide an initial sum of $25 million to building a new church body; pension obligations and other benefits would continue to those who leave for the new church in good standing. 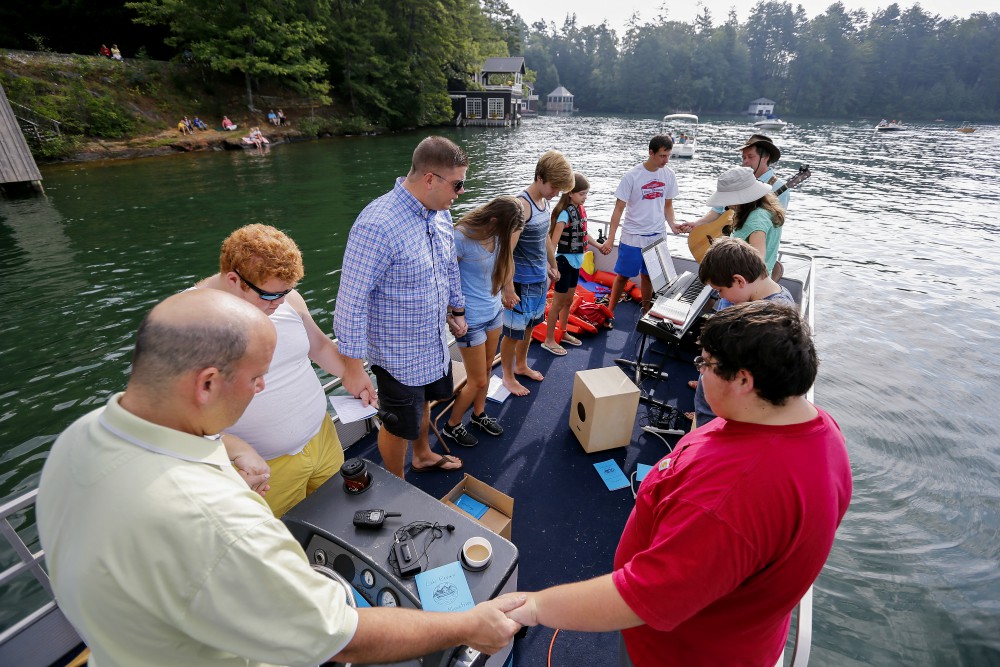 Members of the Clayton First United Methodist Church pray in 2015 during a service on a lake in Lakemont, Georgia. (CNS/Erik S. Lesser)

Each existing United Methodist congregation would decide for itself which option to join — a step certain to stir debate, pitfalls and some messy breakups. At this stage, forecasters believe a solid majority of American congregations will remain United Methodists because they reflect the general public's increasing acceptance of homosexuality.

Nearly every major Christian church has bitterly fought over this issue, some to the point of fracture and feuding. If the Methodist plan goes into effect as an agree-to-disagree measure, it could become a model for a type of resolution that isn't perfect but theoretically keeps the discussion open on a more constructive basis.

The Methodist premise follows a distinctly Protestant method for determining moral teaching, compounded from biblical sources, theologians and testimony of the laity derived from Luther's belief in the "priesthood of all believers." Cultural influences surrounding churches are also admitted into the mix.

On that foundation, United Methodists have been debating homosexuality in the sometimes-unacknowledged context of its trends within American culture. As the American public opinion polls have recorded astonishing gains in approval for homosexuality (climbing steadily to 60% and above), liberal Protestants show increasing approval of LBGT rights and inclusion.

Methodists, like Episcopalians, Presbyterians, Lutherans and others, have been arguing these issues for nearly half a century. In the process, painful splits have occurred and central church beliefs subject to the incursions of sexuality debates.

This means of evaluating Christian ethics is contingent on an assumption that divine revelation speaks not only through the churches but also through general culture. Notable exceptions exist among Roman Catholics and other strictly doctrinal churches that teach that transcendent morality flows from the top — the mystery of the Trinity — through hierarchical channels on to the laity who are expected to comply.

In the highly doctrinal churches, the laity have had little direct effect on formulation of moral law, but some leading Catholic thinkers, such as St. John Henry Newman, have added emphasis to the concept that doctrine itself grows and develops over time rather than appears once for all time as-is.

Doctrine has, in fact, changed. Slavery was once given divine sanction, women were by definition subservient to men, and capital punishment was as taken for granted.

So the questions of who determines religion's morality and from what sources does it arrive continue to upset attempts to settle matters. While Catholic authorities may insist that the church "isn't a democracy," the laity often goes its own way. Recent surveys indicate that a solid majority of American Catholics accept LGBT sexuality and same-sex marriage. Houses of worship that claim indisputable moral doctrine are often, in fact, houses divided, just as United Methodists have been.

The "right thing to do" can therefore be traced to factors that filter through the entirety of creation and history. Fundamentalism of various stripes, Protestant and Catholic, argue to the contrary that moral truth is traceable to specific pronouncements from on high and therefore immutable.

What much of the world considers sacred human rights stems from streams outside the churches. The major humanistic causes have arguably sprung from the 16th-century Enlightenment emphases on individual dignity, reason and a this-worldly concern for the welfare of the masses. The churches were mostly followers or resisters rather than leaders of the movements for racial and women's equality.

Up to now, Methodists have been among the mainstream churches that have acutely felt conflict between their approved teachings on homosexuality and what their members actually believe. The new Methodist plan seeks in my view to recognize the standstill and reduce further destruction while opening a door to further surprises. The beleaguered on both sides seek a balm for their Gilead.

The outcome of a Methodist initiative may be fraught but I hope its peaceful nature keeps hope alive. Go and live your convictions and see what happens, it says. Jesus often counseled against trying to be too controlling. If things are of God, they'll be okay, he said, and it they aren't they'll just wither away.

Pastor Charles says he can live with that.