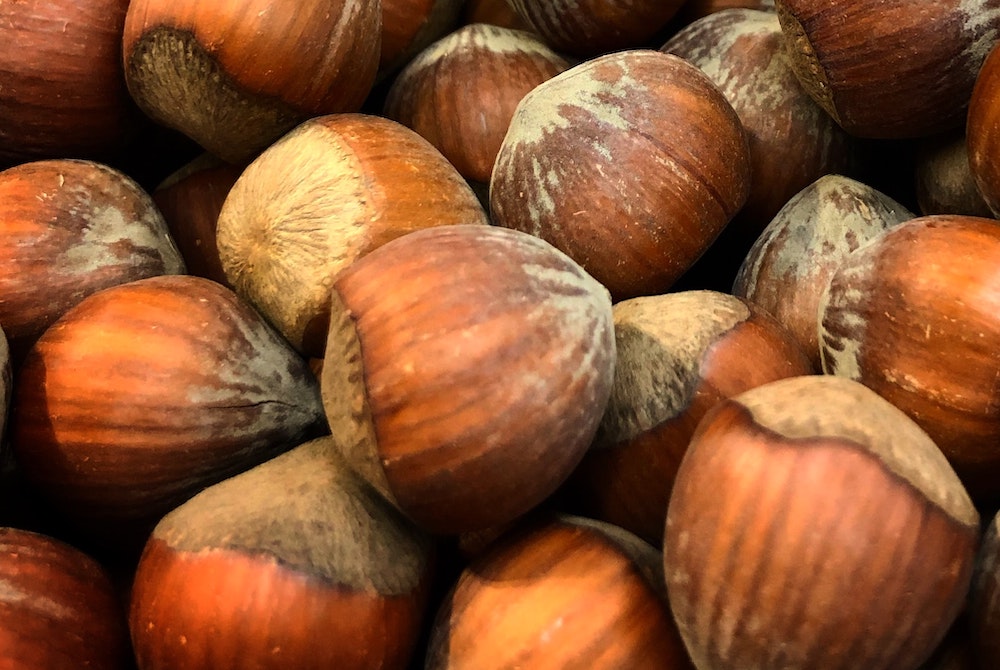 Attuned to the exquisite beauty of the natural world, Julian of Norwich saw the Trinity's properties contained in a single hazelnut that she held in her hand. (Unsplash/Janine Robinson)

Trinity Sunday affords us the opportunity to reflect on the oneness of the divine permeating and pulsating through all creation, filling Earth's creatures with fecundity, beauty, wonder and the marvelous capacity to relate, to love.

The Solemnity of the Most Holy Trinity

Julian of Norwich, a contemporary of Eckhart, offers us a hopeful word in relation to her understanding of Trinity: "Just as the joyful Trinity created all things out of nothing, so also the same blessed Trinity will make well all that is not well." Attuned to the exquisite beauty of the natural world, Julian also saw the Trinity's properties contained in a single hazelnut that she held in her hand.

Recognizing the contributions that quantum physics has made to spirituality, perhaps a new understanding of Trinity is energy, that which exists at the center of all created matter and the ground of all being from a scientific perspective.

Even though today's Gospel ends with a doxology, Trinity is not "native" to the Bible. Furthermore, biblical references to a/the holy Spirit do not imply or signify the third person of the Trinity. Hence, even though Catholicism celebrates the Solemnity of the Most Holy Trinity, the lectionary readings have nothing to do with the Trinity. Instead, they focus on an anthropomorphic and androcentric portrait of "God" and the power ascribed to the divine one.

The first reading from Deuteronomy recounts the Exodus story and describes a God who liberated by force the Israelites from Egyptian bondage. The recast story glorifies hegemonic power and the use of brute force, symbolized by references to "testings" and "signs and wonders," which are allusions to the horrific plagues, to "war" and "great terrors," all conjured up by a divine "strong hand" and "outstretched arm."

The hegemonic tone deepens further through the character of Israel's male leader, Moses, who addresses the people authoritatively, telling them what they must do. They are to obey the statutes and commandments. Obedience to the law assures prosperity and longevity. The question arises, however, "Whom do the laws favor and what gender is protected?" Research indicates that Israel's laws served the males of the society. The laws inscribed sexism into the fabric of life then and continue to do so if texts are taken literally as "the Word of God" and not interrogated critically.

The non-inclusive translation of the text, together with the repeated use of the kyriarchal term "Lord" adds to the layers of hegemony inscribed in the text. Freedom from oppression is attained through violence, with an authoritarian deity inciting it and affirming it. Although fictitious, the Exodus story from Egypt's perspective has occurred hundreds of times, and still occurs today, with violent acts never being the way to a true and lasting peace. For this 21st century, the violence embedded in this first reading is deeply troubling because as "Scripture," the text legitimates and sanctions violence.

The responsorial psalm proclaims the people as blessed whom God has chosen as "his" own. Clearly the chosen ones refer to the Israelites — the Jews. In the context of interreligious dialogue, the chosen Jews, and by extension, the Christians, become the deity's exclusionary ones. How could the deity who chooses one race, one religious group of people over another, be understood as the "God of the nations" who welcomes all?

The lectionary's lack of inclusive language in Paul's letter to the Romans lumps all women with men as "sons of God" and thus erases women's gender and presence despite the inclusive salutation. Additionally, the Spirit is gendered as male whereas the Greek features the Spirit as feminine. The notion that all are "children" of God reinscribes patriarchy and keeps believers in a parent-child relationship, one that speaks of power over and control. How does such an image affect one's spirituality and relationship to the divine from a psychological perspective?

Finally, the Gospel, although meant to be good news, is really an exercise in Christian proselyting. For decades, Christian missionaries "Christianized" non-Christian peoples, robbing them of their own authentic encounters with the divine. Perhaps Julian got it right: an encounter with a hazelnut, with fields of energy all around us, with our inner core wherein rests holy energy, is an encounter with the transcendent one, forever transforming from within to create new life.

A version of this story appeared in the May 14-27, 2021 print issue under the headline: Trinity as joyful laughter.