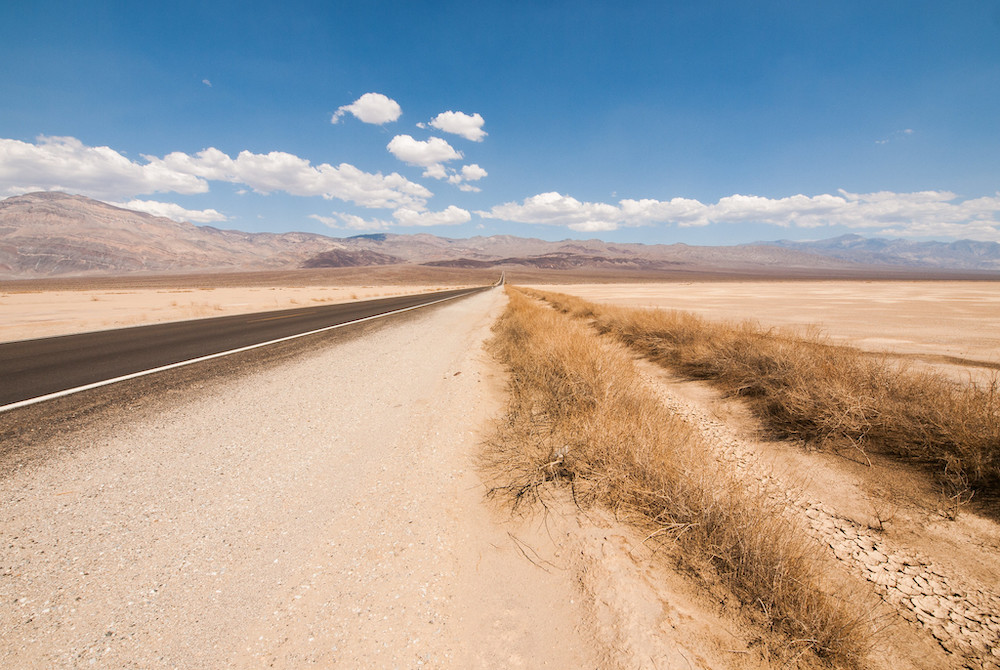 Isaiah called his people to set out on a journey of hope on which they would have to build their road as they went along. (Flickr/William Warby)

An old St. Nicholas Day tradition in Germany and Poland had children dress up like bishops and go out begging for alms for the poor. What a marvelous practice! First, it teaches children that Christianity makes us all responsible for one another and that begging for alms serves the double purpose of promoting the generosity of the wealthy and helping to meet the needs of the poor. Secondly, it plants a terrific image in children's imaginations, depicting religious leaders as people who put the prestige of their office at the service of the poor.

This tradition offers us a surprisingly on-target approach to the Second Sunday of Advent's vision of what God has in mind for the future of humanity.

Our reading from Isaiah is probably best known from the way Handel arranged its proclamation almost 280 years ago in in his oratorio "Messiah." When we listen carefully, whether the word as it is proclaimed or sung, we can hear its invitation to hope for a future so new that we may not recognize its dawning.

The prophet tells his people that the shifting sands of their desert paths can be transformed into God's road, and the valleys and mountains that mark boundaries between peoples can be filled in and made low.

As our psalmist promises, a world of kindness, truth, justice and peace will manifest God's glory as brilliantly as a sunrise over the Kansas plains.

Isaiah offered this encouragement to a people adrift in a state of confusion. As exiles, they had lost the security and pride of reigning in their own land as God's chosen people. Still and all, many of them were better off materially than their compatriots who lived in the Promised Land. The relative comfort of exile, compared to the poverty of Israel, tempted the complacent to cling to Babylon's idols rather than risk seeking what Israel's God offered them.

Like the hesitant slaves to whom God sent Moses, they had to choose between a semi-tolerable, predictable present and the promise that the glory of God would be revealed among them if they were faithful to the covenant.

Isaiah called his people to set out on a journey of hope on which they would have to build their road as they went along. ("Make straight in the wasteland a highway.") He called them to risk everything for the unseen future God offered to create with them. This is what Isaiah had in common with John the Baptist.

In Mark's Gospel, John was the first character to appear on the scene. His vocation was to disquiet people, to convince them that they had accommodated themselves too well to the social and political conditions surrounding them. They had capitulated enough to fly under Caesar's radar. They had accepted leaders who replaced faith with obedience and valued religious decorum over care for people in need.

According to the Gospels, John's goading convinced many that their situation was urgent and that hope was worth the risk of change. Baptism signaled this group's willingness to leave old ways behind so they could be ready for the "mighty one" whom God was sending, the one who would not just wash them from sin, but fill them with the fire of the Holy Spirit.

John was one of history's odd characters, a man willing to give up the security and convenience of a priestly family for the life of a prophet in the wilderness. John's lifestyle was designed to critique and expose the shallowness of his society. John wanted his people to long for more, because only in the longing would they be moved to go where they could find it.

John took on the vocation to help his people realize that they had traded covenant hope for life in a spiritual desert. He preached to jostle their memories, to shake them up and nudge them toward something greater.

John didn't claim to be the answer or even to know it. He was simply convinced that the lifestyle of his people was not worthy of the people of God. He called them to dream so big that they would forsake their small comforts to bet on God.

John spoke to his era; German children inspired a new religious imagination in theirs. Whether they appear dressed in camel's hair, a bishop's costume, scrubs, or a COVID-19 mask and Black Lives Matter T-shirt, God is still sending prophets. Their vocation is to cry out about our wilderness, to awaken us into holy disquiet and a dream of the kindness and truth, justice and peace that surpasses "the good life."

Our vocation starts with listening to them.

A version of this story appeared in the Nov. 27-Dec. 10, 2020 print issue under the headline: Called to dream big.