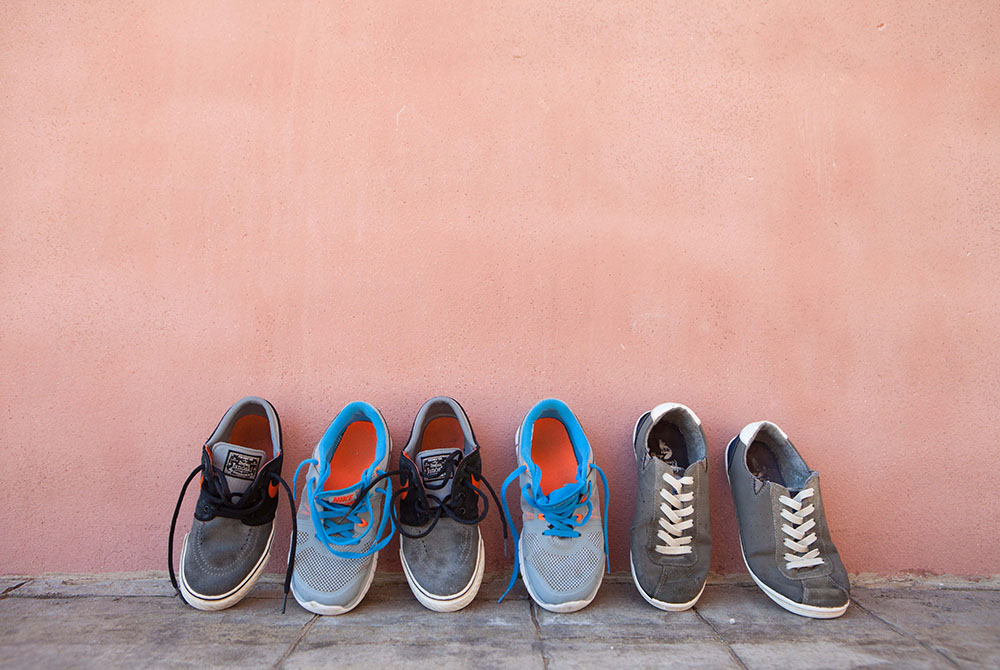 "All God's children got shoes!" So sings a traditional spiritual, painting a picture of heaven where former slaves wear fine robes and crowns, play harps and where nobody goes barefoot. The spiritual offers a 19th-century rendition of Isaiah's description of what God was up to 500 years before the birth of Jesus.

The author of Isaiah 61 had a profound sense of his own vocation and of God's hopes for Earth's inhabitants. He also understood how sad and depressed God's people had become as a result of all that had happened to them. He knew he was called to speak directly to the most oppressed among them, to assure them that just as surely as plants spring up from the earth, God had only good things in mind for them — good things characterized by a peace and justice that would bring joy to all the Earth.

When Isaiah says, "The spirit of the Lord GOD is upon me," he's claiming that he can offer us an insight into the mind of God. To decipher his secret, we must pay close attention to where he directs his message.

Isaiah says God is sending him to the poor, the brokenhearted, captives and prisoners. In effect, he's saying that in the worst of times, God focuses on the most impotent among the people, the victims of tyrants and systemic injustice. According to Isaiah, God's will is for these people to celebrate a "year of favor," the legendary jubilee time that comes after seven-times-seven years, when slaves are freed, debts forgotten — and all God's children got shoes.

Mary's song, the Magnificat that we pray as today's psalm, conveys a similar theme. The major difference between Mary's song and Isaiah's prophecy is that the Magnificat proclaims the message in a more radical voice. Isaiah announces a day of vindication and a year of favor. The Magnificat, like the beatitudes and woes of Luke 6, explains not only that the lowly will be blessed, but that the rich will be sent away empty — apparently the only way they can be saved.

We can rejoice because God will work with us to create a world of peace and justice, and where all God's children will have shoes.

This revolutionary prayer is a part of the Liturgy of the Hours prayed daily by clerics and many others. While it's easy to mumble these words without batting an eye, in the 1980s, some officials in El Salvador considered the preaching of this message an act of sedition. A politician quoting it today might well be called a communist. (How seriously do you take the words of your prayers?)

We're about to leave 2020 behind. (Liturgically, we're already in a new year.) Many of us who have survived this year might feel that we can understand the weary sadness of Isaiah's people. The pandemic, the U.S. racial crisis, and the incontrovertible evidence of ecological disaster have revealed our divisions and impotence in shocking and dismaying ways.

Traditionally, the third Sunday of Advent has been called Gaudete Sunday with an entrance antiphon that commands us, "Rejoice!" (Gaudete). Advent has reached its midpoint; the feast of the Incarnation is in view.

How are we to rejoice today? What genuine hope might God be offering us now? To answer that, we need to contemplate 2020 with the eyes of a prophet, discerning the ways God has acted in our midst, transforming us through the varied experiences of these days.

Strangely, while we have been in less physical contact with one another, many of us have begun to see others and our Earth with greater clarity than ever before. The inability to meet in person has led us to virtual face-to-face encounters with people miles and even continents away.

An invisible virus crossed every national border, revealing how intimately connected we are across our entire planet. We have learned in fact what St. Paul taught in theory, that the actions of one have real effects on all. We are all one body.

We have also begun to comprehend the interconnectedness of the world's problems. As Pope Francis tells us in "Laudato Si', on Care for Our Common Home," genuine engagement with any one of these problems gets us involved with the rest, or in his words, "a true ecological approach always becomes a social approach" leading us to hear "the cry of the earth and the cry of the poor."

The Baptist proclaimed, "I am not the Christ, but a voice crying in the desert." Today, acknowledging how we have created ecological and social deserts, we can rejoice in our ever-deepening awareness that we are not God. With that, we are ready to take Paul's advice to let the Spirit flame to life among us.

The one whose sandals John dared not touch is Emmanuel. We can rejoice because God will work with us to create a world of peace and justice, and where all God's children will have shoes.

A version of this story appeared in the Nov 27-Dec 10, 2020 print issue under the headline: The world God hopes for.