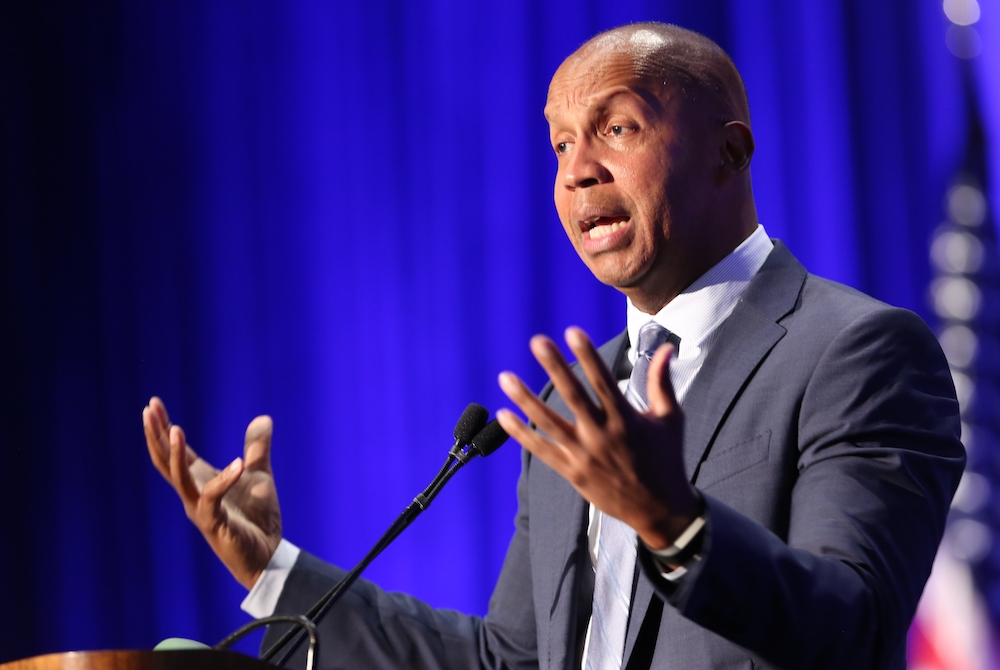 Jonah should win an Oscar as best comedian of the Hebrew Scriptures. Imagine how Charlie Chaplin would play Jonah — avoiding God, endangering a whole shipload of sailors, going overboard and finally taking a three-day nap in a whale. Nothing God did pleased Jonah; he became obedient only because it was better than the risk-ridden, fishy alternatives he had already survived.

Today's snippet about Jonah highlights his success: Jonah preached and the Ninevites — from king to farm animals — did such penance that they escaped punishment for their sins. But the Ninevites' salvation made Jonah furious. He had been punished for running from God. Why not them!

Jonah offers an interesting counterpoint to today's Gospel. Here, Mark summarizes Jesus' entire message in three short statements: "This is the time of fulfillment. The reign of God is at hand. Repent and believe the good news."

"The reign of God is at hand." That was the essence of Jesus' message and activity. Mark recorded precious little in the way of Jesus' preaching because he wanted to demonstrate that Jesus' actions embodied God's reign. In his obedience and in what he offered humanity, Jesus inaugurated God's reign in history. Jesus was the fulfillment, the culmination, of God's promises to the chosen people: the one sent to catch others up in the dynamic of his life.

"Repent" summarized the only appropriate response to getting caught up in Jesus' dynamic. Repentance, metanoia in Greek, is not a call to be sorry for sin. It's much closer to "Let your mind be blown away by unimagined possibilities!" Jesus preached metanoia as an invitation to believe that God was about something entirely new and wonderful — and everyone who so desired could participate in the good news.

This sort of repentance is more difficult than sorrow for sin. Sorrow looks to the past and is easily caught up in an ideology of guilt and due punishment, often ending up in some sort of justification. Many descriptions of confession and 12-step programs focus on wrongdoing, teaching people to ask for forgiveness, to make amends, or to do appropriate penance as signs of conversion.

In contrast, metanoia is all about hope and a new vision of life. Metanoia springs from a vision of how God's future is breaking into the present. It is a faith-filled certainty that communion with God and all of creation is the ultimate storyline and meaning of history. Metanoia is the stuff of dreams that only God's spirit can inspire — and it is ongoing. Jesus' message is simply that. Each of Mark's three statements summarizes the newness, hope and promise that Jesus embodied.

Mark's first demonstration of what metanoia looks like comes in the next lines of today's Gospel. Jesus saw ordinary workers in an ordinary part of the country and invited them to a metanoia transformation. Had they heard him before? Had they pondered his dreams and promises? Had they discussed him with one another? Perhaps. Perhaps what they had heard from or about him had already touched their hearts and minds. Perhaps they had had debates about him. But hearing, pondering and dreaming are nothing like hearing him say: "Come follow me."

Mark tells us that they left everything immediately, two of them even leaving their father to finish the day's work. That's what metanoia does. Metanoia changes everything, it costs everything, it offers everything. It's an all-or-nothing proposition.

We know from the Gospels that the disciples' metanoia, radical as it was, did not work magic. Their decision did not bring about some sort of personal transubstantiation that transformed them in a flash. They opted for Jesus and his vision, but they had to learn to live it out through the arduous apprenticeship of discipleship. We also know that Jesus did not ask everyone to leave everything behind. Disciples like Zacchaeus, Martha, Mary and Lazarus lived their metanoia at home. Metanoia's all-or-nothing is about the transformation of taking on Jesus' mind and heart, not necessarily his itinerant mission.

This week's Scriptures invite us to deepen our appreciation of what God offers us in Jesus. Jonah's story tells us that God isn't interested in crime and punishment. The God of Jesus invites us to metanoia: genuine faith in a hope-filled vision of what God desires for creation. Jesus' disciples offer us one example.

Today, between the feast day of Martin Luther King and the beginning of Black History Month, we might look at some of our undeclared saints for examples of how to live metanoia in our time and place. Bryan Stevenson and the late John Lewis are among people who have allowed the dream of God's reign of justice and love to take flesh in their lives. We are invited to the same.