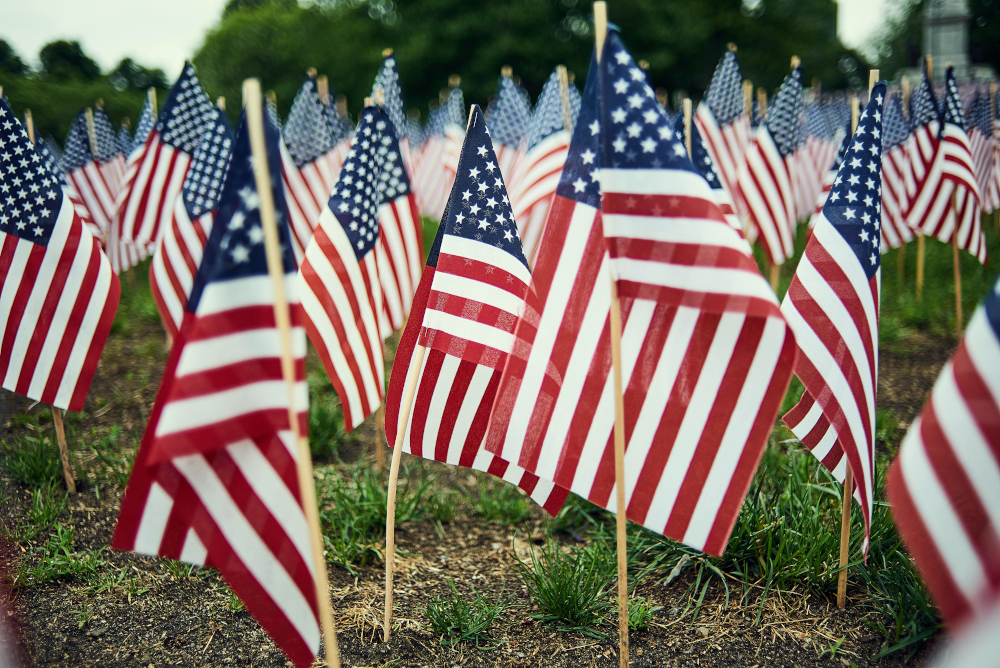 On the Fourth of July we celebrate the United States as an exceptional country — at least, we used to. It wasn't just us who saw America this way: When American leaders spoke, the world listened. Why? We were seen as leaders of the free world with the strongest economy and a vibrant democracy. We bragged that we were a nation of immigrants, united in common purpose with respect for each other. We were also more religious than other developed countries.

Not all of this was true, of course. The land we live on was stolen from Native Americans, who we subjected to genocide. Much of our economy was built on slavery and the exploitation of immigrants. Racism has endured and each new wave of immigrants has been greeted by prejudice from those whose only distinction was having arrived earlier.

In developing our economy, we have plundered the land and polluted our rivers and air. Our small family farmers have become an endangered species as agribusiness has gobbled up the land and profits. Water tables are shrinking, and pesticides and chemicals are everywhere. Public schools in Black and white districts are still separate and unequal.

And as leader of the free world, we have too often adopted the tactics of our adversaries in disregarding civilian casualties in military encounters, supporting tyrants as our allies, practicing torture on enemy prisoners and using assassins against enemies.

And for all our military might, we have not won a major war since 1945.

Yet despite our sins, we preached that all men (and eventually women too) are created equal. We believed in freedom and justice. We helped create international institutions where nations could debate and sometimes find common purpose.

Today, however, we have become exceptional in another way. Going our own way, with total disregard for the desires and interests of other countries, we eschew multilateralism, whether in trade negotiations or dealing with climate change. We undermine NATO, the World Health Organization and other international institutions that we helped create.

We have even become exceptional among developed nations in our inability to deal with COVID-19.

No longer the leader of the free world, we have become the crazy uncle living in the attic.

Some believe that we can return to the naive exceptionalism of the past by simply whitewashing history and condemning as unpatriotic any honest assessment of our sins. Everything would be fine if only prayer returned to public schools, if "In God we trust" were put on Mississippi's flag, if feminism and homosexuality were suppressed and if our gates were closed to foreigners, especially to those who don't look or worship like us.

Insisting on such backwardness won't solve our problems. To respond to COVID-19, global warming, political corruption and tribal and religious conflicts, we need leadership like never before. The world needs us as well. The European Union is fragmenting, China is intimidating smaller powers with its military and economic power, and Russia is no better than it was before the fall of the Berlin Wall.

Meanwhile, the Middle East is in worse shape than it was before the First Gulf War.

For Christians, it should be easy to acknowledge our sinfulness and need for conversion. As individuals, we know we are sinners. Why is it so hard to admit that our nation has also sinned?

We need to relearn the practice of sacrifice, especially by those who are healthy and wealthy. We need to face up to the fact that the fight against COVID-19 is a marathon, not a sprint. Likewise, with global warming, our grandchildren will curse us for not making the sacrifices to save them from catastrophe. Reducing carbon emissions through a carbon tax and investing in renewable energy need to be started now.

Love of neighbor and care for God's creation are core values in the Scriptures. If we are only looking out for ourselves, then we are not Christian.

Not only do we need better political leaders, we need more prophets to challenge us and to call us to follow the path leading to a better world for our grandchildren. If we do that, we will be truly exceptional.