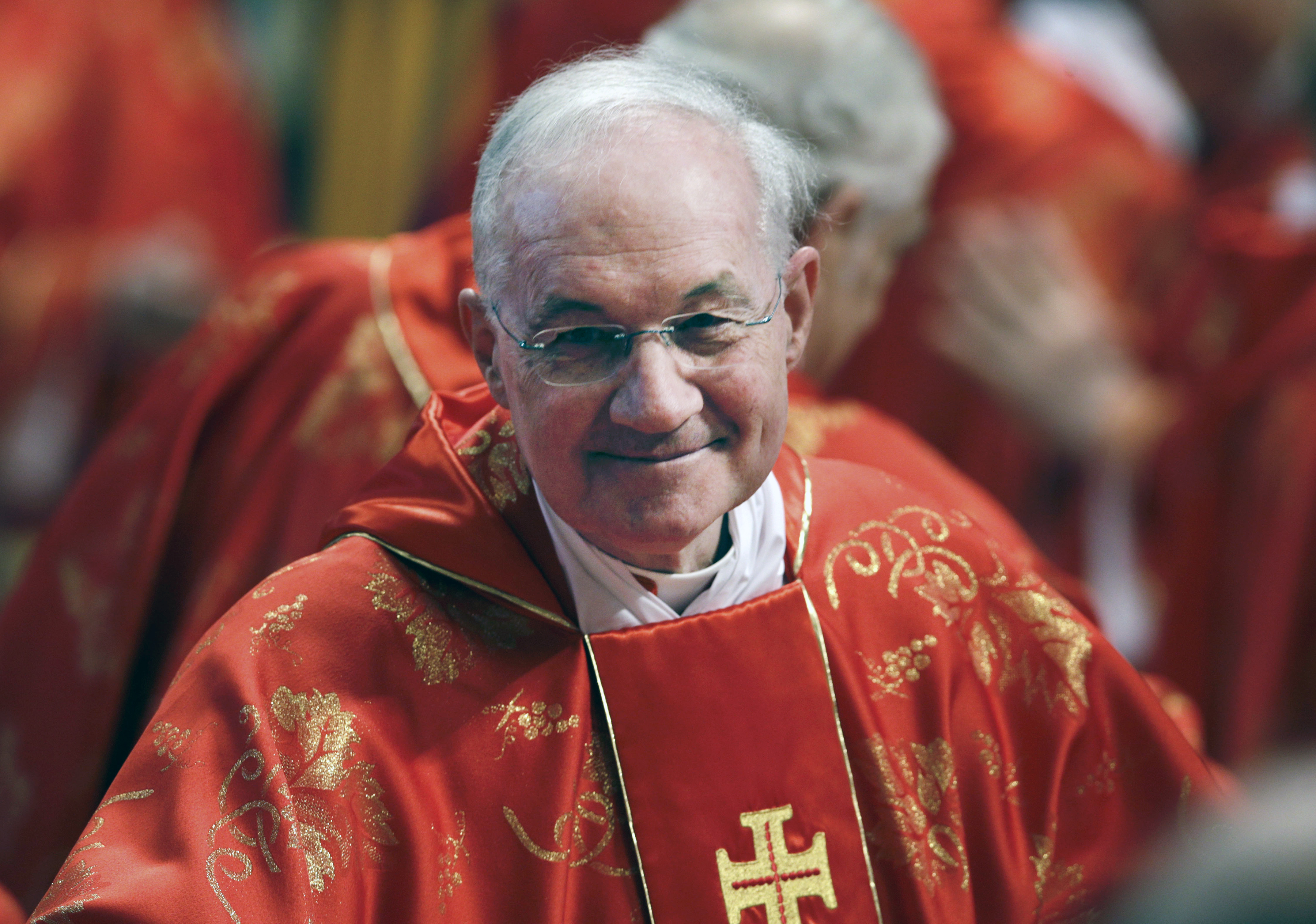 Canadian Cardinal Marc Ouellet attends a Mass for the election of a new pope inside St. Peter's Basilica, at the Vatican, on March 12, 2013. (RNS/AP/Andrew Medichini)

A high-ranking Vatican cardinal has blasted Archbishop Carlo Viganò for calling for the resignation of the pope and accusing a dozen Vatican officials of covering up the sexual abuse of ex-Cardinal Theodore McCarrick.

The archbishop, who was Vatican representative to the United States from 2011 until 2016, made his sweeping accusations in an unprecedented Aug. 26 statement in which he claimed Francis released McCarrick from sanctions imposed by Pope Benedict. Viganò asked Cardinal Marc Ouellet, prefect of the Congregation for Bishops, to back up his assertions.

Instead Ouellet answered Viganò in a "Dear brother" letter dated Sunday Oct. 7 that called the archbishop's accusations against the pope "monstrous and unsubstantiated."

The cardinal acknowledged that McCarrick "had been requested not to travel or to make public appearances, in order to avoid new rumors about him." But, he continued, "It is false, therefore, to present those measures as 'sanctions' formally imposed by Pope Benedict XVI and then invalidated by Pope Francis."

Ouellet said he reviewed the archives of his congregation and found no evidence of formal sanctions. "The reason," he explained in bold type, "is that back then, unlike today, there was not sufficient proof of his alleged culpability."

The cardinal supports a "comprehensive and critical" investigation to determine how it was possible for a man such as McCarrick, who now stands accused of abusing minors and seminarians, to become archbishop of Washington and a cardinal.

Ouellet did not become prefect of the Congregation for Bishops until 2010, four years after McCarrick had left his post as archbishop of Washington.

The cardinal acknowledged "that there were failures in the selection procedures implemented in his case" and that "some of the concerns that were raised by testimonies should have been examined more closely." But he notes, McCarrick "knew how to cleverly defend himself from those concerns raised about him."

He points out that "Francis had nothing to do with McCarrick's promotions to New York, Metuchen, Newark and Washington," which occurred during the papacy of John Paul II. Pope Francis, on the other hand, "stripped him of his Cardinal's dignity as soon as there was a credible accusation of abuse of a minor."

Ouellet excuses the actions of John Paul by asserting, again in bold, "it must be understood that the decisions taken by the Supreme Pontiff are based on the information available to him at the time and that they are the object of a prudential judgment which is not infallible." He argued that it is unjust to conclude that McCarrick's advancement was the result of corruption on the part of those involved.

It was "abhorrent," Ouellet wrote to Viganò, "for you to use the clamorous sexual abuse scandal in the United States to inflict an unmerited and unheard of blow to the moral authority of your superior, the Supreme Pontiff."

In response to Viganò's assertion that on June 23, 2013, he told Francis about McCarrick when he met with many nuncios from around the world for the first time, Ouellet noted, "I can only imagine the amount of verbal and written information that was provided to the Holy Father on that occasion about so many persons and situations. I strongly doubt that the Pope had such interest in McCarrick, as you would like us to believe, given the fact that by then he [McCarrick] was an 82-year-old archbishop emeritus who had been without a role for seven years."

Ouellet admitted that he himself had never presented the McCarrick case to either Pope Benedict or Pope Francis until recently, when the American was removed from the college of cardinals.

Ouellet, who meets with the pope weekly to discuss the appointment of bishops and their work, wrote that the pope "treats persons and problems: with great charity, mercy, attentiveness and seriousness." As a result, the cardinal thinks "it is too sarcastic, even blasphemous, how you end your last message, purportedly appealing to spirituality while mocking the Holy Father and casting doubt about his faith."

He calls the pope "a man of prayer," who demonstrates "a tireless energy to welcome all miseries and to address them through the generous comfort of his words and actions," who seeks "to announce and to communicate the joy of the Gospel to all," who lends "a hand to the families, to the abandoned elderly, to the sick in body and soul and, above all, to the youth in their search for happiness."

Ouellet ends his letter by accusing the archbishop of "open and scandalous rebellion" and causing "division and confusion among the People of God."

Viganò's "unjust and unjustified attack," he concludes, is really "a political plot that lacks any real basis that could incriminate the Pope and that profoundly harms the communion of the Church."

It is clear from Ouellet's letter that rumors of McCarrick sleeping with seminarians were never seriously investigated by the Vatican. Once he was retired, the issue became even less a priority. It was not until he was accused of abusing a minor that the Vatican took action.

While we must wait for the results of the Vatican and American investigations of the McCarrick scandal, Ouellet's letter is not just a defense of Pope Francis. It is also an admission that John Paul and his collaborators failed miserably in vetting a candidate for one of the highest positions in the Catholic Church. As Ouellet says, we need to know how this could happen so that it never happens again.