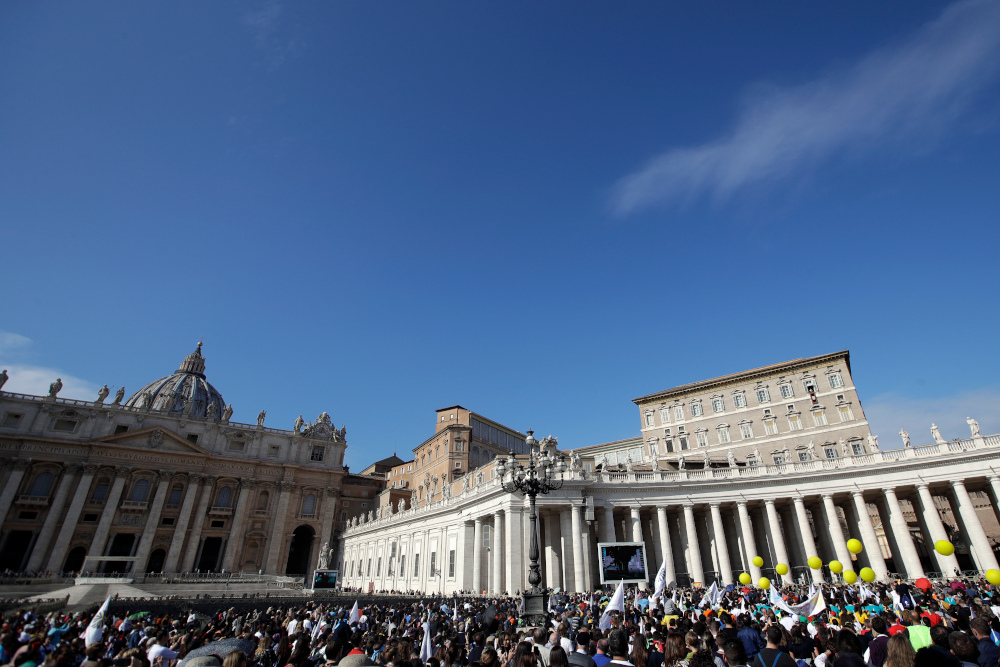 As the only major denomination with almost equal numbers of Republicans and Democrats, the Catholic Church is in a unique position to respond to today's toxic politics.

According to a 2018 report by the Pew Research Center, "roughly equal shares of Catholic registered voters have identified with or leaned toward the Democratic and Republican parties in recent years (47% vs. 46%, respectively)."

There are at least four possible Catholic strategies that could help reduce the country's divisions.

Catholic social teaching also has the advantage that it is normally stated in general terms of values, principles and goals, not specific programs. It leaves open for debate the best way of reaching these goals, which is the job of experts and politicians to determine. This lack of specificity allows for flexibility and getting to solutions through negotiations and compromise.

For many years, the totality of Catholic social teaching has been the focus of the U.S. Catholic bishops' political strategy. For Cardinal Joseph Bernardin of Chicago, advocating for a "consistent ethic of life," colloquially known as the "seamless garment," meant protecting life from the womb to the tomb. Thus, he was concerned about the care of mothers and children after birth through health care, day care, education and jobs as well as ending abortion.

This was also the approach the U.S. bishops took every four years in their "Faithful Citizenship" statement, issued in the year before presidential elections and sometimes cited, albeit selectively, by candidates and elected officials.

On the other hand, Catholic social teaching has often been referred to as the church's best kept secret. Sen. John Kerry, who ran for president in 2004, admitted to me that he had not even heard of "Faithful Citizenship" until after the election.

The chance of using "Faithful Citizenship" as a unifying document suffered a serious blow at the U.S. bishops' Baltimore meeting last November, when they voted to single out abortion as the " preeminent " political issue for Catholics. Democrats will see this as a tilt toward the Republican Party. But most of the rest of the document is in tune with the Democrats' agenda, which has traditionally made them sympathetic to the statement.

As an alternative to "Faithful Citizenship," the church could attempt to build unity around the social teaching of Pope Francis, whom most Catholics admire and like, and who has struck a deep chord outside the church as well. However, partisanship has even infected Catholics' attitudes toward the pope and his teaching —  55% of Catholic Republicans see Francis as too liberal, according to the Pew Research Center. Only 37 percent of Catholic Republicans believe that Pope Francis represents a major change for the better, as compared to 71 percent of Catholic Democrats. 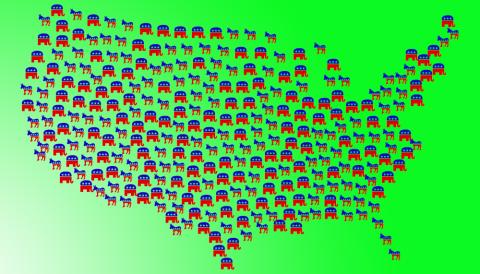 Clearly, the days are gone when debate could be ended by simply saying, "The church teaches … " It is hard enough to get people even to listen. But getting people to accept the church's teachings has always been an uphill battle; the church should not stop proclaiming Catholic social teaching simply because it is difficult.

A second way to capitalize on the church's bipartisan split is to bring its Democrats and Republicans together to talk about their differences.

Catholic Republicans and Democrats are just as divided on issues such as global warming, immigration and aid to the poor as Americans as a whole. But the church has decades of experience with ecumenical and interreligious dialogues, and perhaps similar processes could be used to bridge the divide between Catholics in different parties.

How to keep these meetings from descending into shouting matches would be a major challenge. Skilled moderators would be necessary. The average pastor would not want to host a political brawl in the parish hall. Seminarians and pastors need to be trained to foster conversation and dialogue among Catholics on both church and political issues. This is easier if the pastor approaches these situations without the attitude that "Father knows best." Again, just because it is difficult, does not mean the church should not try.

The third Catholic approach to our partisan divide is humbler and more limited. Here no more than a dozen people, equally divided between Republicans and Democrats, would be invited to break bread together. Sharing a meal together is an ancient Christian tradition. The conversation would be steered away from partisan topics. Rather, they might share their faith together around topics like:

The purpose of this exchange is not to change anybody's mind; it is not to score points. Rather it is to see others as human beings and Christians, even when I totally disagree with them politically.

I would love to be a fly on the wall in such an off-the-record meal with two Republican and two Democratic Catholic politicians hosted by their local bishop. Here the bishop's role would not be as teacher but as moderator and listener. But it does not need a bishop. The convener could be a parish pastor or respected layperson.

A final strategy for overcoming the toxic partisanship would be for Catholic Republicans and Democrats to work together on common charitable projects. While they may disagree on the role of government in helping the poor, there should be little disagreement that the hungry, the sick and the poor should be cared for.

The church has always enjoyed strong lay involvement in Catholic charities on the diocesan and parish level. Working together to help the poor through food banks, shelters and organizations like the St. Vincent de Paul Society fosters respect and friendships that transcend partisan politics. Besides doing good, one gets to know one's coworkers and the poor as human beings and not caricatures.

I am sure that there are other strategies Catholics might attempt to bridge the partisan divide. The pope has proposed adding ecological sins to the catechism. Perhaps he should also add toxic political rhetoric and political lies to the list of sins.

As the largest church with an equal number of Republicans and Democrats, Catholics have a special obligation to try something before it is too late. It would be good for the country and good for the church.