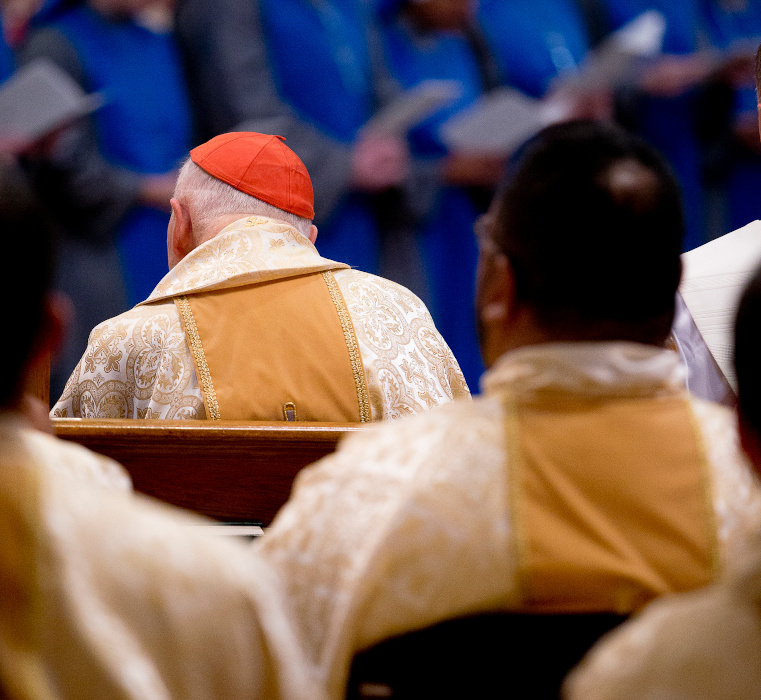 The Vatican is getting ready to release a report on former Cardinal Theodore McCarrick, who was found to have sexually abused minors and slept with seminarians. The report, mandated by Pope Francis, will need to be detailed and comprehensive if it is going to satisfy the public's demand for more transparency in the church.

Few scandals have rocked the Catholic Church like the story of McCarrick's sexual abuse of minors and seminarians.

His actions are shocking enough, but the fact that such a predator could rise to be a cardinal in the Catholic hierarchy is flabbergasting. Well-connected with the rich, McCarrick was a superb fundraiser. He was also respected by political and religious leaders around the world. He often played an unofficial diplomatic role for the Vatican. The scandal is especially devastating to progressive Catholics who saw McCarrick as a moderate on church issues and a strong supporter of Catholic social teaching.

The McCarrick report needs to respond to simple questions that may require complex answers: Who knew what, when and where about McCarrick's activities?

What do we know already?

No one appears to have known about McCarrick's abuse of minors until the first victim came forward in 2017 to request assistance from the New York Archdiocesan Independent Reconciliation and Compensation Program. The victim said the abuse had taken place in the early 1970s when McCarrick was a priest in New York. The archdiocese immediately reported it to Rome, and the pope told New York Cardinal Timothy Dolan to investigate. In the meantime, McCarrick was banned from public ministry. He was forced to resign from the College of Cardinals and was dismissed from the clerical state in February 2019.

On the other hand, rumors had circulated for years about McCarrick sleeping with seminarians from the Immaculate Conception Seminary at Seton Hall University in New Jersey while he was bishop in Metuchen (1981-86) and archbishop in Newark (1986-2000). Some New Jersey journalists had heard the rumors and tried to investigate but were stymied when no seminarians were willing to come forward at that time.

As early as 1994, while McCarrick was archbishop of Newark, a woman expressed concerns about McCarrick to the papal nuncio in Washington, Agostino Cacciavillan.

In 2000, before McCarrick became a cardinal, the Rev. Boniface Ramsey, a seminary professor from 1986-1996, wrote Archbishop Gabriel Montalvo Higuera, the papal nuncio, about the complaints he had heard from seminarians regarding McCarrick. The letter was forwarded to Leonardi Sandri, who was the Vatican substitute for general affairs and is now a cardinal.

Beginning in 2005, the Archdiocese of Newark and the dioceses of Metuchen and Trenton reached financial settlements with former seminarians who had accused McCarrick of abuse. McCarrick retired the following year after turning 75.

All of this is in the public record, but what is in the Vatican files?

The first place to check would be the nunciature's in Washington, D.C. Are there any letters accusing McCarrick in the files? When did they arrive and what was done about them? Are there any staff memos concerning the McCarrick accusations?

Also in the nuciature's files would be the information gathered prior to McCarrick's appointments as auxiliary bishop in New York (1977), bishop of Metuchen (1981), archbishop of Newark (1986) and archbishop of Washington (2000). Before each of these appointments, the nuncio would have been required to write a thick report for the Congregation for Bishops based on his investigation of the suitability of the candidate. This would include confidential questionnaires sent to priests and laypeople who knew McCarrick as well as input from American bishops and cardinals.

Is there anything in the questionnaires that should have raised red flags? Who received questionnaires? Did anyone at the seminary receive a questionnaire? Did any of the nuncios' reports indicate there might be a problem? Why did this vetting process fail?

In Rome, the next place to look would be the files of the Congregation for Bishops, which is the committee that recommends candidates to the pope for appointments as bishops. The congregation was very successful in weeding out candidates who did not embrace the conservative theology of John Paul II and Benedict XVI. Why did it fail by repeatedly promoting a man like McCarrick?

The congregation is also responsible for dealing with any complaints against a bishop, which could come from other sources than the nunciature. For example, bishops, priests or even victims could write directly. What is in the files and what did they do with it? Did the prefect or head of the congregation ever bring any concerns to the attention of the pope or the Secretariat of State?

Next, the files in the Vatican Secretariat of State should be searched for information on McCarrick, especially the files kept by the substitute for general affairs, who acts like a chief of staff for the pope. We know that Sandri, when he was in that position, received Ramsey's letter. What other information on McCarrick is in these files? Was any of it passed on to John Paul or Benedict? Were their personal secretaries involved?

But a decent investigation also needs to go beyond the paper trail and interview those who should have known about McCarrick.

This would include three secretaries of state, the men second only to the pope in the Vatican: Cardinals Angelo Sodano, Tarcisio Bertone and Pietro Parolin. The investigation would also require interviewing those who led the Congregation for Bishops, who were substitute for general affairs in the Secretariat of State or who were nuncios in the U.S. The staff of these offices also need to be questioned. Nor should the interviews be limited to Vatican officials. The seminary administration, faculty and students of the time period should also be interviewed. Why did the seminary fail to protect its students?

It will not be enough to simply admit that "mistakes were made." Was information ignored or covered up? By whom? A superficial report will not satisfy.

We need to know how the system failed and how the Vatican will ensure this never happens again.