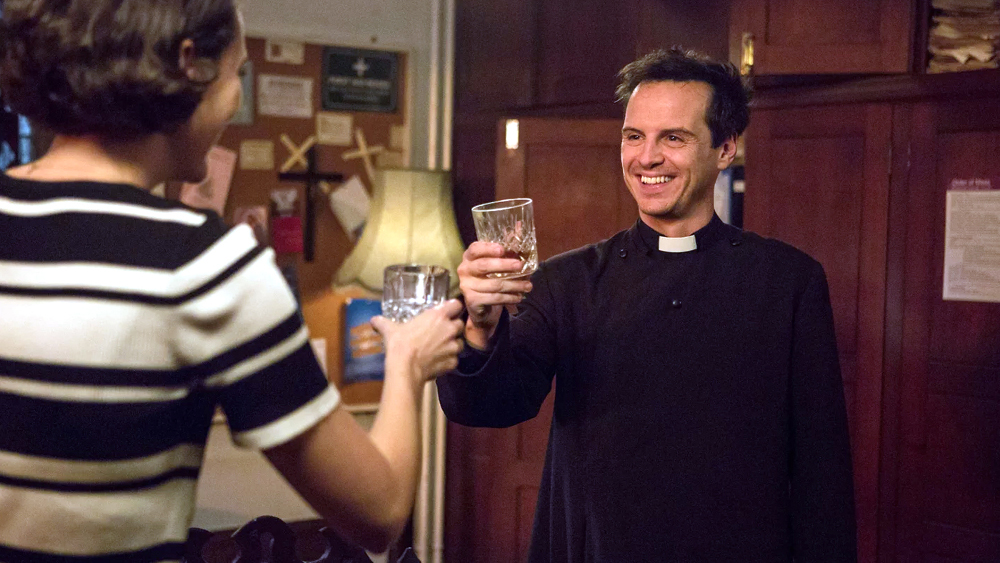 Much ink has been spilled describing the priest in the BBC/Amazon Studios series "Fleabag" as cool. The hard-drinking, foulmouthed priest joined the show’s second season as a foil for Fleabag, the main character, played magnificently by Phoebe Waller-Bridge, who created the series.

I loved both characters and the award-winning series, but rather than finding the priest cool, I ultimately got very angry at him. Perhaps that is another sign of how good the series is.

Spoiler alert. This column contains aspects of the plot, which could spoil the series for some viewers.

"Fleabag" is the name given to the lead character by her dysfunctional family. The priest, played by Andrew Scott, and many other characters don’t even get names.

Fleabag as a person is both dysfunctional and hilarious. Her vulnerability is endearing but she is also self-destructive and cruel. You feel guilty laughing.

She is both victim and perpetrator. She is surrounded by people, including one-night stands, who are unaware or don’t care about the harm they are doing to her.

But she also is unthinkingly cruel. She sleeps with the boyfriend of her best friend, who then tries to win him back by staging an accident that goes wrong so she kills herself. Fleabag's guilt propels her into even more self-destructive behavior.

Her tongue has a viper's bite. At the same time, she is capable of generosity and kindness, especially toward her sister Claire, with whom she has a love-hate relationship.

Into this emotional maelstrom comes the priest, whom she does not recognize as clergy at a dinner party because he is in earth clothes, not cleric's.

He is not your plaster-of-Paris saint. He has many faults as well as doubts. Most importantly, he is not self-righteous or arrogant. He actually listens to her, as is shown by the fact that he is the only one who notices her asides to the audience. He treats Fleabag with honesty and respect, not pretending to have all the answers. He appears to be a wounded healer, but that does not last.

They, of course, hit it off and become friends. And since this is television, they end up in bed. She initiates it, but that does not excuse him.

My problem with the priest is not that he violated his promise of celibacy. My problem is that he let his own needs trump the needs of Fleabag. This is not an uncommon temptation of priests with parishioners, therapists with patients, counselors with clients and teachers with students.

His sin is not just a violation of celibacy; it is a professional violation. Better if he had picked up a stranger in a singles bar.

Professionals deal with vulnerable people and should not exploit them. Often, these professionals are the first persons to listen and show kindness to the person in need, who responds with infatuation or love.

If the professional allows the relationship to become sexual, it can be catastrophic. True love means placing the other ahead of oneself. If you cannot keep your pants on, you should not be in this line of work.

What Fleabag needed was a priest, not a lover. She had had plenty of lovers. He knew she was vulnerable, but his own weakness destroyed the only chance of helping her. She needed forgiveness for betraying her friend and she would not find that in bed.

All he can say is, "It'll pass." After her declaration of love, he abandons her and walks away, just another jerk in a long series of betrayals.