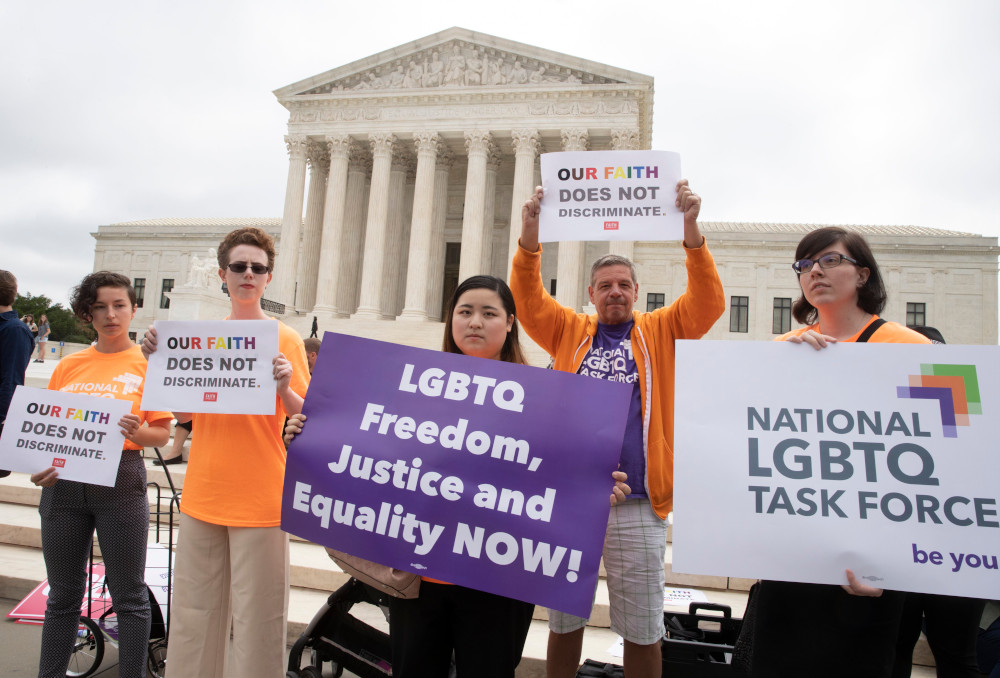 Leaders in the Catholic Church and evangelical Christian churches have fought tooth and nail against the expansion of LGBTQ rights, whether in the form of gay marriage, benefits for gay spouses or nondiscrimination in employment.

Despite spending millions of dollars on media campaigns and legal fees, they have consistently lost at the U.S. Supreme Court, where these cases inevitably are decided. They have also been losing in the court of public opinion, where Americans, especially young Americans, now strongly support LGBTQ rights.

Church leaders should have seen this coming and followed the advice of Jesus:

“What king marching into battle would not first sit down and decide whether with ten thousand troops he can successfully oppose another king advancing upon him with twenty thousand troops? But if not, while he is still far away, he will send a delegation to ask for peace terms.”

The Mormons showed the way by secretly sitting down with state legislators and gay activists to work out a compromise that became the law in Utah. The compromise did not make everyone happy, but what compromise does?

Instead of seeking a compromise, religious conservatives bet all their credibility on the Republican Party and President Donald Trump, who promised to appoint judges who would roll back the expansion of gay rights. This has been a costly bet that has alienated millions of young people from Christianity. It is a bet that failed.

Catholic bishops were also ill-advised by the ethicists and lawyers they consulted. The ethicists forbade compromise and the lawyers promised victories.

Other ethicists noted that political compromise was acknowledged as legitimate since at least the time of St. Thomas Aquinas. Aquinas counseled against legislating perfect moral conduct. He understood that unless laws were supported by most citizens, the laws would not be observed. He and St. Augustine even condoned legalized prostitution.

Rather than negotiating compromises with the gay community, religious conservatives fought on to the bitter end.

Church leaders have a hard time acknowledging defeat. Since they think they are fighting God’s battle, the thought of surrender is inconceivable. But surrender here does not mean abandoning church teaching, it means abandoning attempts to use the state to impose church teaching on people.

The list of failed attempts to use the state to support church teaching is long.

Protestant leaders fought for the use of their Bible and prayers in public schools even after Catholics and Jews became significant parts of the student body. Many of these same denominations pushed for Prohibition and then fought its repeal.

Churches fought the legalization of divorce, especially no-fault divorce. Catholic bishops fought the legalization of birth control. Blue laws, forbidding business and entertainment venues to open on Sundays, were defended by church leaders long past the time they had wide support. Many church leaders supported censoring movies and books. Expanding women’s rights was also opposed by some churches.

All these fights were lost by church leaders who failed to understand the mood of the country or the Constitution as interpreted by the courts. But rather than entering negotiations, as Jesus recommended, they demonized their opponents and fought on.

The churches need to acknowledge that allowing gays to marry has not brought about the end of the world or undermined heterosexual marriage. On the contrary, it might spur heterosexuals to get married rather than just live together “in sin.”

But even in defeat, the Constitution protects religious conservatives from being forced to hold gay weddings in their churches. They can also continue to teach that gay sex is a sin, just as they teach that heterosexual sex outside of marriage is a sin.

Nor do they have to have gay ministers, although who is a minister is open to litigation, which in turn makes disputes more toxic. The Supreme Court has left many issues unresolved in its recent decision against employment discrimination that could come before the court in the future. However, would it not be better to resolve these disagreements through negotiations rather than litigation?

Is compromise possible? I hope so, but I am not optimistic.

Both sides need to remember that working through the courts and the executive branch is a crapshoot. Administrations come and go, while judges are unpredictable. Would it not be better to preserve your most cherished values from the roller coaster of electoral politics? Would it not be better to resolve the less important conflicts through negotiations rather than spending years in expensive court battles?

Continuing these battles only benefits lawyers and organizations that use these conflicts to raise money. Negotiating compromise is both the American and Christian way of proceeding. I hope it is not too late.