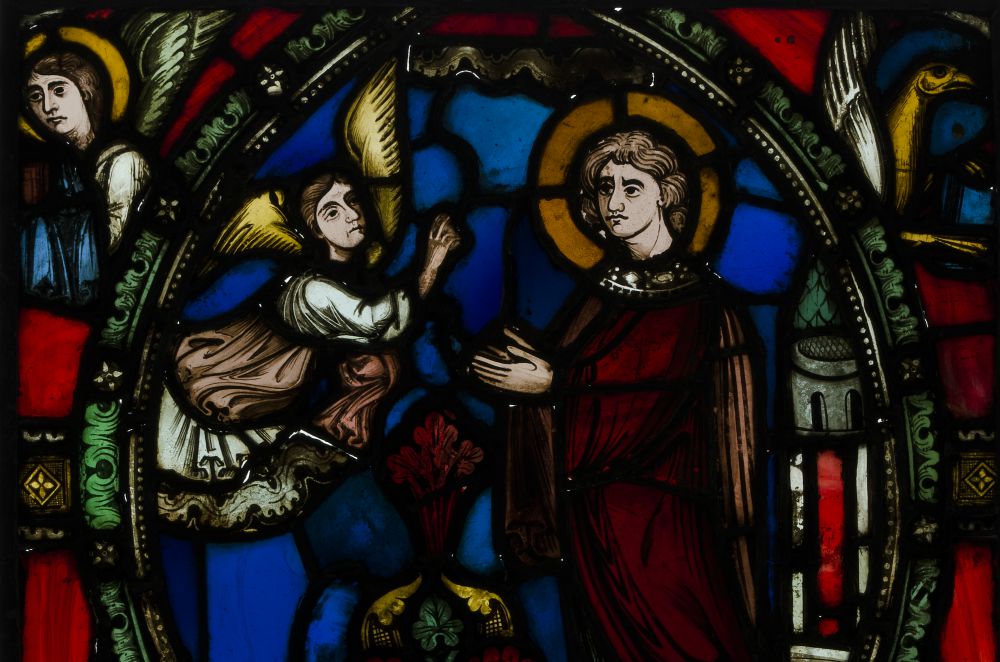 Overall I was more encouraged than discouraged by Pope Francis's May 10 discussion about women deacons at the triennial meeting of the Union of International Superiors General.

I was pleasantly surprised that the pope was considering a "sacramental decree" about the issue. My worst fear was that church officials would establish an ahistorical hybrid "deaconette" function for women that was neither fish nor fowl — neither ordained nor lay. Instead, it appears that Francis seeks a "solid theological, historical foundation" to sacramentally ordain women deacons.

This is where the discouraging part comes in.

The solid historical foundation is already there. In spades.

There is ample historical evidence that women ministered as deacons for 12 centuries — from the first-century Phoebe, whom Paul identifies in Roman 16:1 as a diakonos, the same word he uses to describe his own ministry (1 Corinthians 3:5 and 2 Corinthians 6:4) — to the 12th-century French theologian and deacon, Heloise.

This is irritating since the theological recognition of sacramentality — the ability of the material world to mediate the sacred — didn't begin to develop until the Middle Ages — much later than the coequal leadership modelled in the first century church where Paul names Prisca and her husband Aquila as his "coworkers in the Gospel," and Junia and her husband Andronicus as "outstanding among the apostles" (Romans 16:3-4,7).

In our earliest history, both women and men preached the Gospel, served as missionaries, prophets and patrons, baptized, taught Scripture, founded and led house churches, and presided at eucharistic celebrations in their house-church communities.

Jesus' seminal egalitarian vision was attractive to both women and men. Both were inspired and empowered to publicly evangelize and preach Good News through their domestic and business networks.

But women's public exercise of ecclesial authority was unsettling to the mainstream Greco-Roman culture, which saw it as a violation of gendered understandings of public and domestic space. When Prisca taught the male disciple Apollos (Acts 18:26), she was violating another cultural norm in which women did not teach or instruct men.

Over the next three centuries, these cultural conventions became normative in church structures. Women were progressively disempowered in the public proclamation of the Gospel and in exercising authority within the churches.

It is a supreme irony that in early Christianity people were scandalized by women's coequal leadership, while today people are scandalized that women are not permitted to lead.

In my view, the obstacles to sacramentally ordaining women deacons are not theological at all, but emanate from our flawed humanity's embrace of patriarchy, sexism and misogyny.

This leads me to the encouraging part of Francis' exchange with the leaders of the world's sisters.

Contrary to some rather negative headlines, Francis did not summarily dismiss the possibility of ever restoring the female diaconate. Instead he said, "We will go ahead. After some time, I may call the members of the commission to see what they have found."

I was pleased by Francis' cogent explanation that church teaching — while rooted in revelation — is not static but develops over time.

A development of understanding about women's roles is exactly what is occurring now. We are coming to a new awareness that the ban on female ordination is not of God.

Cultural norms that subordinate women are no longer seen as part of God's given order. Quite the opposite. Therefore, if church teaching about governance and ordination derives from culturally sanctioned female subordination, that teaching must develop and be transformed.

This is the work of the Spirit in our present moment.

That Francis named a key theological insight from Vatican II — that doctrine is not static but develops and deepens over time — is significant, helpful and hopeful.

The last two papacies assiduously avoided any mention of new understandings of church teaching — especially around the so-called "women's issues."

Yet church teaching has unmistakably developed and changed. We once taught that slavery was moral, that people outside the Catholic Church cannot be saved, and that Judaism was responsible for the death of Christ. Now, Vatican II has given us new understandings of religious liberty, the goodness to be found in non-Christian religions, the primacy of conscience, and (believe it or not), the participation of all the faithful in the exercise of ecclesial infallibility.

We are very far from "universal agreement" about the present Catholic practice of excluding women from church governance and ordination.

It is time to exercise our own ecclesial infallibility by sharing our views about "matters pertaining to the good of the church" with our fellow parishioners, our priests and other church officials (Code of Canon Law 212.3).

By the power of the Spirit at work in us and in our leaders, our sexist ecclesial structures will one day be healed and transformed.

[St. Joseph Sr. Christine Schenk, an NCR board member, served urban families for 18 years as a nurse midwife before co-founding FutureChurch, where she served for 23 years. Her recent book Crispina and Her Sisters: Women and Authority in Early Christianity (Fortress, 2017) was awarded first place in History by the Catholic Press Association. She holds master's degrees in nursing and theology.]