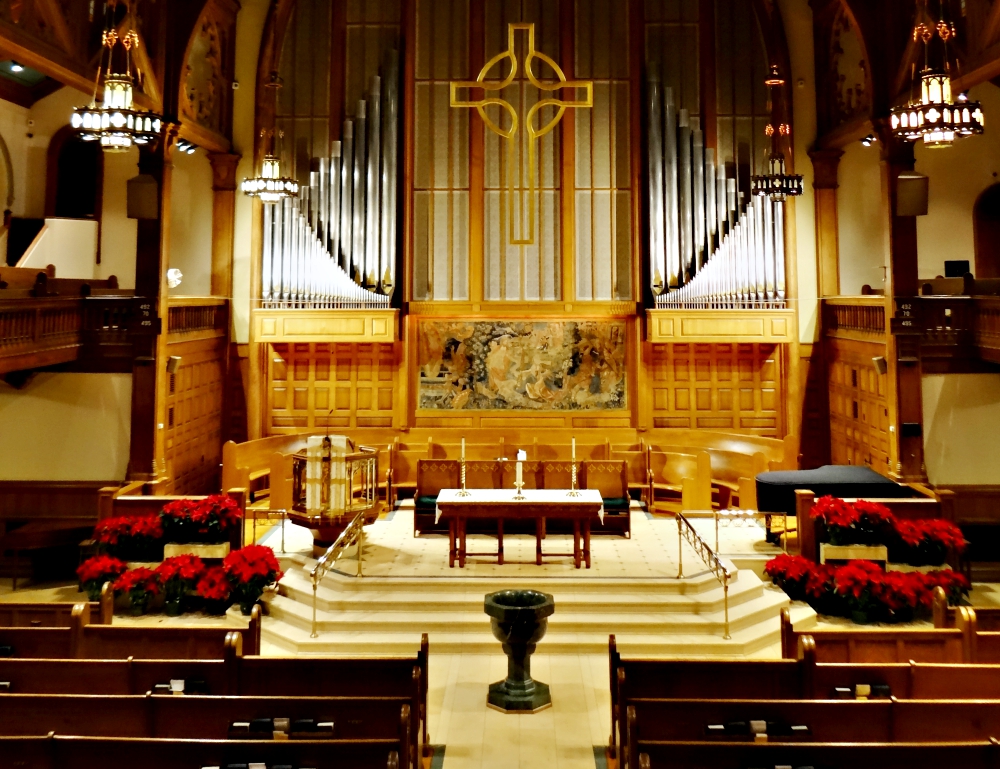 The recent announcement that Pope Francis was replacing Vatican doctrinal chief Cardinal Gerhard Müller with Archbishop Luis Ladaria drove me back to the two-volume constitution of the Presbyterian Church (USA).

The Book of Order outlines our denomination's governance structure, while the Book of Confessions contains historical statements of faith describing what we believe (or at least once believed).

In a sense, you could call the two of them together the approximate Presbyterian equivalent of the Vatican's Congregation for the Doctrine of the Faith.

The reality, of course, is that every faith community has — and must have — some way to list its essential tenets and what practices should result from them. But how such communities go about creating such lists says a lot about their faith in God and their faith in their adherents.

What struck me again as I looked over our Book of Confessions is that although there's a remarkable consistency expressed over centuries in core beliefs, there's also flexibility, adaptability, outright change.

For instance, in the Second Helvetic Confession from the 16th century, we read this: "We teach that baptism should not be administered in the Church by women or midwives."

By 1983, however, in "A Brief Statement of Faith," which was included in the Book of Order when the northern and southern branches of American Presbyterianism reunited, we read this: "The same [Holy] Spirit ... calls women and men to all ministries of the Church."

Indeed, the Presbyterian Church began ordaining women to ministry in 1956. And, just three days ago as I write this, I witnessed our female associate pastor baptize a child.

So beliefs about ecclesiology and theology can evolve, and we find evidence of that in the striated layers of historical confessions in our Presbyterian constitution.

Similarly, we can find evidence of change by comparing the Book of Order as it stood 20 or 30 (or even two) years ago to the book as it stands now. That's because our national governing body considers revisions to the book every two years.

Until just a few years ago, you could not have found anything in our Book of Order that allows ordination of otherwise-qualified gays and lesbians. Now that's in the book because a majority of the national delegates approved it and sent it to our regional governing bodies for a vote, and a majority of them approved it, too.

It's a pretty democratic way to outline beliefs, polity and discipline. I'm not suggesting that it's more in line with God's will than the Catholic way of having the Congregation for the Doctrine of the Faith oversee theological discipline. I'm just saying that it's a different approach and one that at least in theory gives people in the pews (well, at least the ones paying attention) a sense of having a meaningful voice in the process.

Our Book of Order also has a huge section on church discipline that outlines in astonishing detail how to proceed if, say, a pastor or an elder or deacon breaks some church rule. In effect, it's our way of defending the church from heresy, which was, of course, the original purpose of the Congregation for the Doctrine of the Faith.

But there are other methods of discipline and pressure found in Protestantism, as we recently witnessed when the renowned author and pastor Eugene Peterson first said in an interview with Religion News Service that he had changed his mind and now would be willing to officiate at a same-sex wedding. Within a day or two, he retracted that under enormous pressure from what might be called the Protestant evangelical establishment.

This kind of informal inquisitional pressure seems wildly out of sync with formal forms of discipline and with Jesus' spirit of forgiveness and reconciliation.

So when we find our ecclesial systems setting boundaries of belief but missing that divine spirit, we should not be silent.

[ Bill Tammeus, a Presbyterian elder and former award-winning Faith columnist for The Kansas City Star, writes the daily "Faith Matters" blog for The Star's Web site and a column for The Presbyterian Outlook. His latest book is The Value of Doubt: Why Unanswered Questions, Not Unquestioned Answers, Build Faith. E-mail him at wtammeus@gmail.com.]