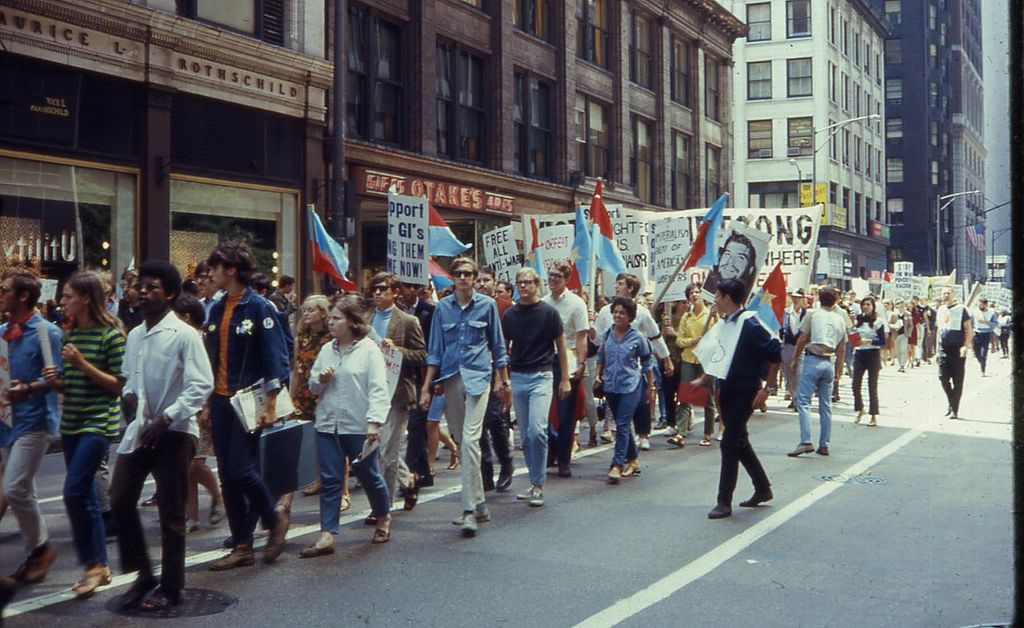 The recent 50th anniversary of the assassination of the Rev. Martin Luther King Jr. was just one of the earthquakes that made 1968 — like 1945 — a year of singular consequence.

Fifty years ago also saw appalling race riots in cities around the country, Bobby Kennedy's assassination, the starts of Prague Spring and the Tet Offensive, Lyndon B. Johnson's withdrawal from the presidential race (thanks, Eugene McCarthy), the flowering of the Black Power Movement, the signing of the Civil Rights Act of 1968, the takeover of college campus after campus by student protesters, the publication of an explosively controversial papal encyclical on birth control, the Chicago police riot outside the Democratic national convention that nominated Hubert H. Humphrey, the election of the odious and eventually disgraced Richard Nixon as president, the start of The Troubles in Northern Ireland and the sweep to power in Cambodia of the murderous Khmer Rouge.

(It was also my first full calendar year of post-college newspaper work. And I got married that year.)

In 1968, the Catholic Church was five years into the 15-year reign of Pope Paul VI. From my Protestant perspective, I see Paul VI, despite the deeply flawed Humanae Vitae birth control document, as occupying the middle theological ground between the progressive John XXIII and both John Paul II and Benedict XVI, both of whom tried to slow down, if not stop, many of the Vatican II reforms.

Today the Catholic Church is in mounting turmoil as another progressive pope, Francis, seeks to reignite the reforming spirit of Vatican II against the wishes of people and leaders who continue to believe the council produced almost nothing but misjudgments.

Thanks to immigration, membership in the Catholic Church in the United States has held its own in recent decades, while mainline Protestant churches, such as the Presbyterian Church (USA), to which my congregation belongs, have experienced serious declines.

But 50 years from 1968 is an excellent time for both Catholics and Protestants to assess the journeys they've been on and even to talk with one another about what we can learn from our different experiences.

I would hope, in fact, that this might be an occasion for leading Catholic and Protestant institutions — say the University of Notre Dame and Princeton Theological Seminary — to cosponsor a gathering at which we all could take a deep ecumenical breath and see where we are and how we got here.

For sure it would be helpful to analyze the disaffection from Rome that U.S. Catholics often have felt in these five decades and why so many have stayed active in parish life in ways that seem to pay little or no attention to the church's top leadership. What can Protestants learn from that?

Similarly, during an overall decline in Protestant membership numbers — by now even among Protestant churches that would call themselves conservative, evangelical or fundamentalist — there are examples of congregations that have found ways to thrive. The most astonishing example with which I'm familiar is the 20,000-member United Methodist Church of the Resurrection (COR) in suburban Kansas City, a congregation to which my older daughter and her family belong.

Wouldn't Catholics want to know why, a year or two ago, COR had the largest confirmation class in the history of Methodism in the U.S. — 284, including one of my granddaughters?

And wouldn't Protestants want to know what keeps so many Catholic families deeply committed to having their children educated at Catholic schools? What are those schools doing that might be transferable to our nation's often-troubled public schools that so many Protestants attend?

Five decades after a year that none of us who lived through it will ever forget, let's pause and not just look back but, more to the point, look forward, gleaning what we can from this recent history so that the next 50 years will be a time of peace and healthy ecumenical relations that can guide and inspire us.