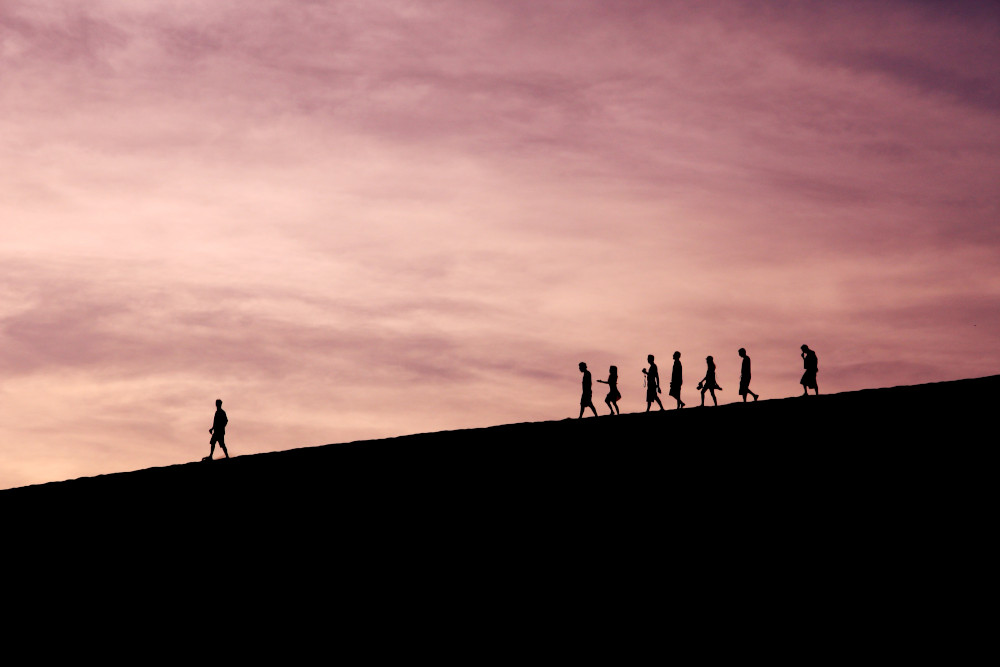 The British tell a story that has a surprisingly contemporary insight. In the 17th century, they understood the problem: the fact that nobody has it all. We, on the other hand, seem to have forgotten that and expect it all.

In 17th century England, they tell us, Thomas Hobson kept a livery stable of 40 horses that he rented out for the ride between Cambridge and London. The size of the stable itself implied that there would be high-quality horses for travelers to choose from for the 64-mile ride. But no.

Hobson insisted that renters had one choice and one choice only: they could have the horse nearest the stable door. Otherwise, his best horses would be overworked and overrun.

It was a "take it or leave it" proposition. To find oneself confronted with one decision in what seemed to offer a plethora of options came over the years to be called a "Hobson's choice."

That story came back to me again last week as I began to realize how close we are to a national election in which our political choices are a little like the one Hobson allowed. We start out with a legion of possible candidates and by the time the primaries are over, we are faced with one choice from each party: the candidates with the highest number of votes. One and one only.

And therein lies the difficulty of the choice we're facing: Frankly, it has little or nothing to do with the horse now. That's been decided.

The choice now — my choice — really depends as much on what I am, what my values are, as it does with the candidates we're left with for the years to come. It's my decision that will determine the future now. The horses have been identified. The only question at this point is which of the decisions I'm allowed to make is most likely to carry me to the America I want us most to be. Slow but steady? Experienced but unruly? Predictable but plodding? It's our criteria; it's what we think we ourselves most need now that counts.

The question is what criteria is there inside of us that will determine which of two candidates brings the qualities that are best for the country, for now, for what we really want America to be. And where will we go to find any criteria that we know are tried and true? Which values can possibly bring us back from the brink?

Well, we could start by comparing ourselves to what leadership looked like 15 centuries ago — 1,500 straight years ago — in an institution that is still guided by the same qualities its leaders aspired to then and are asked to embody now. What would it look like if we expected our present political leaders to use those same approaches to national leadership now? In this time?

Chapter Two of the sixth century Rule of Benedict — "On the Qualities of the Abbot" — has guided the Benedictine Order around the world for more than 1,500 years.

In an authoritarian world, it brought listening.

In a divided world, it brought community.

In a classist society, it brought equality.

In an imperial world, it relied on the example of the leader rather than the whims of royalty.

In a world that rested on brute force, it brought education, understanding and personal growth.

In a world of slaves, it brought personal care and responsibility.

What would it look like if we expected our present political leaders to use the same approaches to national leadership as the Benedictine Order did 1,500 years ago?

"On the Qualities of the Abbot," puts on the shoulders of the abbot or prioress the central obligation for themselves being what the community says it is about.

And therein lies the revolution, the one which, without it, revolution after revolution takes place as members seek a model of who and what they are to be as a community.

And so, the leadership criteria of a way of life that is over 1,500 years old is a simple one:

Accountability: "Let the Abbot always bear in mind that he must give an account of his teaching." Imagine what the United States might be today if the teachings on how to deal with a pandemic had been acknowledged by the president himself and become the standards of the country when they were first reported to the White House.

Example: Anyone who goes by the name of "abbot or prioress must teach the good by a living example and if Abbot or Prioress teaches the community that something is not to be done, then neither must he do it." Imagine what it would have meant to people desperate for food, shelter and work had they have been given it rather than turned away at the border, cast out in the dark, called insulting names and labeled rapists, murderers and thieves by the very person vested in being the best example we have of American values and generosity.

Equality: The Rule is clear: "The abbot should avoid all favoritism in the monastery. He is not to love one more than another. He is not to give higher rank than those who are born poor. He is to remember that we are all one and ... show equal love and discipline to all." Imagine the glow in the hearts, the commitment in the minds of those who came to America to find Americanism and saw the children of DACA, the refugee women from Africa and the Muslim victims of war and dislocation welcomed with open arms rather than hunted down by ICE, terrified by detention centers and split from their families before they could even get a chance to show how decent they themselves would be if they got a chance to prove it here.

Adaptation: In his teaching, the Rule explains, "the abbot should … use argument, appeal, reproof and vary with the circumstances, threatening and coaxing by turns. With the undisciplined use firm argument, with the disdainful … use reproof, with the docile and patient appeal for greater virtue." Imagine what it would be like now as peaceful protesters walk down our streets together after 400 years of rejection if we had punished those "who cannot be corrected by words" but treated tenderly those who needed help both when they got here and how devoted to this country they would be by now. How proud to be American. How integrated into the heart of it.

Personal care: The abbot and prioress, the Rule says again, must know that "anyone undertaking the care of souls must be ready to account for them. … Let him realize that on judgment day he will surely have to submit a reckoning to God for their souls … and so he achieves the amendment of his own faults."

They're not the values taught in business schools maybe. But they make human beings of us all.

No insults. No taunts. No disdain. It worked for centuries. It works still if we'll just give it a try again.

From where I stand, from the perspective of the Marshall Plan that rebuilt the countries we had pummeled to the ground during World War II — both Axis countries and Allies alike — we didn't need to "make America great again." We just kept getting greater and greater in the eyes of those who remembered the kindness, the justice, the open-heartedness of the American people.

Now, after 400 years of disdain for the descendants of Africa, after having brought them here for free labor that enabled us to flourish as a people, after we ignored the consequences of our action, we need to do right for them yet and for the New Americans now knocking at the gate, as well.

It will be the mark of this generation. It will be the launch of our new flourishing, our real greatness — or it will be our downfall by our own hands. The choice is ours. The problem is that it's a "Hobson's choice." It means that we have to figure out how to make the best we can out of what's in front of us so. Then, perhaps, the rest of what we have within us — equality, community, accountability and care — can grow in the values of the Constitution and our greatness be saved by the ongoing commitment of this population to defend them.