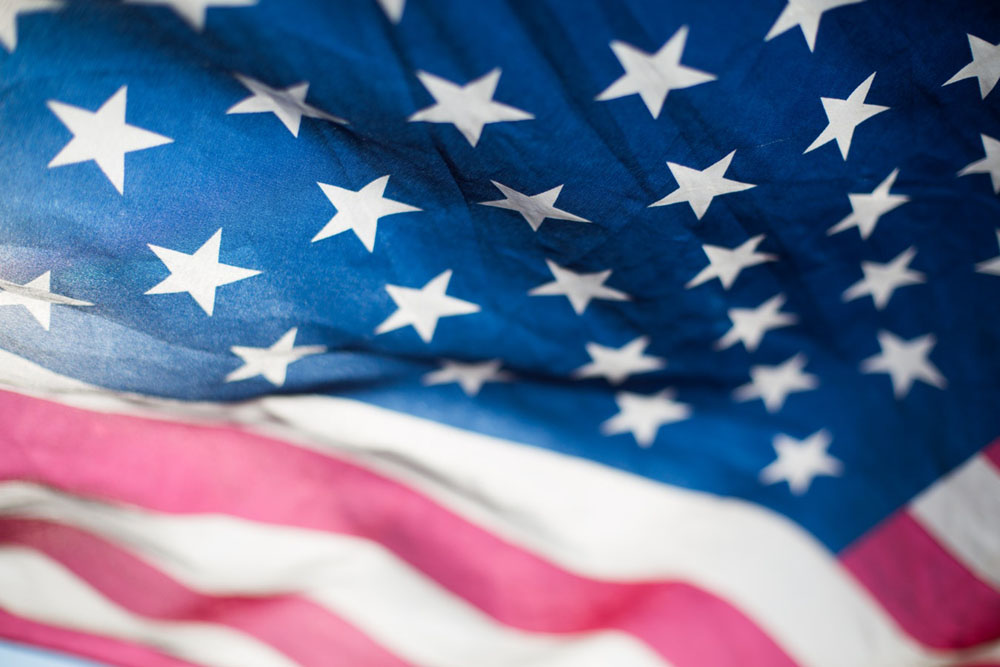 Driving around Sunday night with the radio on, I heard John Prine's 1971 song "Your Flag Decal Won't Get You Into Heaven Anymore" for the first time, a biting, satirical critique of chauvinistic patriotism. Set against the backdrop of the Vietnam War, Prine's character in the song enthusiastically covers up his car windshield with American flag stickers, crashes his car into a tree and dies because he can't see where he was going, and is surprised to receive this message from "the man standing in the pearly gates":

"But your flag decal won't get you into Heaven anymore

Now Jesus don't like killin', no matter what the reason's for

And your flag decal won't get you into Heaven anymore."

The radio DJ certainly played the song because of the flags and football story dominating the news this week. The internet doesn't need another take on this debate, and many others have written important pieces about the subjects of the players' protests — racial injustice and police brutality. But the song's refrain got me thinking about the troubling American Christian tradition of draping Old Glory around Jesus Christ's shoulders in a marriage of nationalism and religion.

At Mass each Sunday, Catholics stand up together and pray our own sort of "pledge of allegiance": the Nicene Creed, that beautiful description of what we believe. Congregations sometimes rush through the last section, but the words there — "I believe in one, holy, catholic and apostolic church" — are instructive as we reflect on how we might handle the task of being Christian disciples and American citizens simultaneously.

To be part of one universal church is to belong to a community that transcends national boundaries and politics. And rightly ordering our identity in Christ over and above our national identity means that there are times we are called to side with the teachings of our faith against the laws and policies of our country. There's a laundry list of things that target human dignity and are legal here but inconsistent with Catholic moral and social teaching, including abortion, physician-assisted suicide, capital punishment and mass incarceration, inhumane immigration laws and preventative war, just to name a few. The sort of "America can do no wrong" patriotism John Prine sings about is not consistent with the Gospel of Jesus Christ. This means, at the very least, we should be skeptical when our churches hold nationalistic celebrations or sing patriotic songs or when Christian leaders display coziness with particular political parties or candidates.

"How many of you worship in a church with an American flag?

I am sorry to tell you your salvation is in doubt.

How many worship in a church in which the Fourth of July is celebrated?

I am sorry to tell you your salvation is in doubt."

He continued, saying, "I have not made the claims above to shock you, but rather to put you in a position to discover how odd being a Christian makes you."

I wouldn't go as far as the famously provocative Hauerwas. I don't think healthy love of country and Christian discipleship are necessarily incompatible. But it would be appropriate for American Christians to discuss the tensions between these two elements of our identity, acknowledging the times we are tempted to shape the teachings of the church to fit neatly into a political party platform or an "America first" ethos. Giving in to these temptations is a form of idolatry.

As a simple step in the right direction, we could stop sending confusing signals and remove national flags from our church sanctuaries. Put them in narthexes or church halls. But removing national flags from our church sanctuaries and emphasizing the importance of turning our gaze to the depiction of Christ crucified at the front of the space would help us to remember who it is we worship and to whom our deepest loyalty belongs.