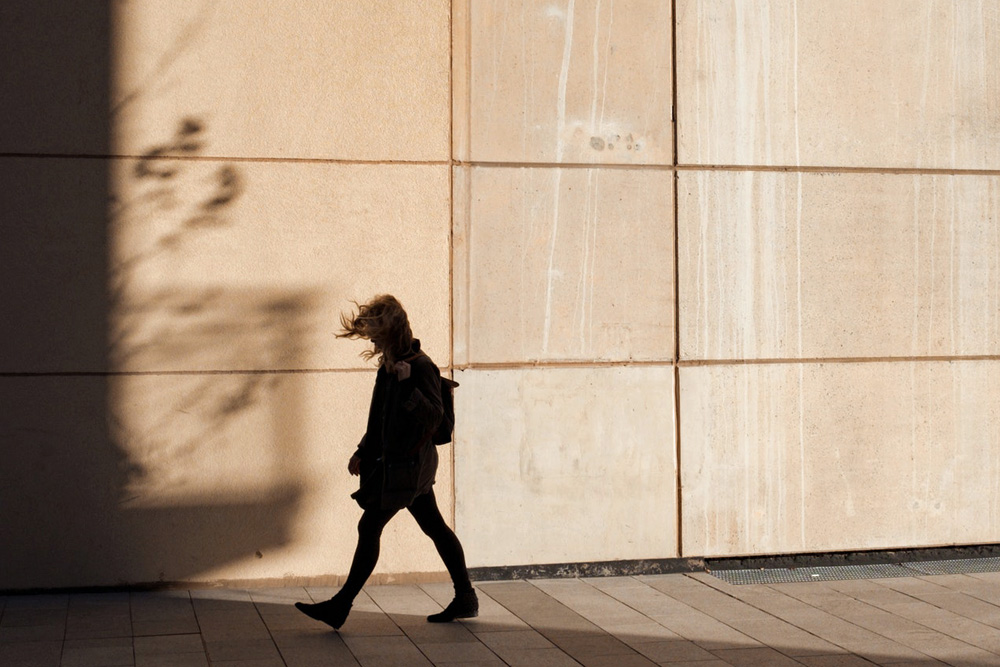 In the shadow of a steeple we gathered for breakfast. The coffee was taken black; her eggs scrambled, mine sunny-side up. In between sips and bites, the conversation, the reason we had met, was to talk church. Specifically, I wanted to reunite with an old friend and if she was willing, to have her share with me her experiences of Catholicism. For I, a straight white male, wanted to hear from her, a gay white female.

After an hour, we said our goodbyes, exited the restaurant, and were met by that steeple's shadow from across the street as we went in opposite directions scurrying to work. Collecting my thoughts in my car, I paused before exiting the parking lot, and as I turned onto the road my sight no longer included the steeple but rather the church's cornerstone. I had just had breakfast with Lauren, a friend, a successful woman about my age who shared the pain, frustration, anger and at times wistful reminiscence of a church that seemed to reject her. I couldn't help but think of the stone in the Psalmists and Isaiah (and again in Mark's Gospel) which was rejected by the builders, yet was to be the cornerstone. After all, moments before, she said matter-of-factly, "The church that raised me rejected me."

The Body of Christ is quite wounded, but I had asked my friend to breakfast to listen to her, to learn what it's like to grow up gay in a Catholic family. I suppose too, I asked her to breakfast not just to listen but to test a suspicion I had, a suspicion not about the church's wounds but about the wounds inflicted on others by the church. I suspected those wounds need reconciliation on the part of the church, based on conversations with other former Catholics of different stripes.

I had never directly asked anyone I knew who was gay and baptized what their experience was. I wanted to know: What was it like going to an all-girls Catholic high school? What was church like pre-coming out and post-coming out? What was it like telling your grandmother, who went to Mass at least five days a week, that you were gay? What are your opinions on the church's teaching and behavior?

Listening attentively can be hard. However, even when discussing negative experiences or frustrations, she brought with her no oversized axe to grind, and if there was a chip on her shoulder it was too small for me to see. In fact, partway through breakfast I felt guilty. Like a black person having to instruct, intervene or relive racism they experience to educate a white person, I realized what I asked my friend to do was to instruct me on homophobia and relive difficult memories, not for her benefit, but mine. In that moment I digressed from attentive listening and I saw myself as Thomas, across the table from someone akin to Jesus, having to bare their wounds to satisfy my curiosity or my demands. How often have women, have gay people offered their wounds to the Thomases of the church, who knew better or doubted their authenticity?

In listening, and in dialogue, I learned of her childhood joy of going to Mass, of her time in Catholic grade school and yearning to be an altar girl. I learned also of how first one comes out to themselves, and then to others, and when both of those happened the seamless garment of her faith and life was torn. Once she was out, she could no longer participate fully the way she had previously. Even today, despite an overall positive experience at her Catholic high school, she does not feel welcome or able to participate fully as an alum who is gay. I learned of her guilt, as her being openly gay in her family has caused heartache and dissonance for some. And yet, I learned of her mother, who I'm told is as Catholic as Catholic could be. "I'd go with you to a church you feel more comfortable at," my friend was told by her supportive mother. Amidst derision by some, my friend has also found accompaniment, though sadly, not by the "powers that be," or generally within the church she had happily been a part of in her childhood and adolescence. 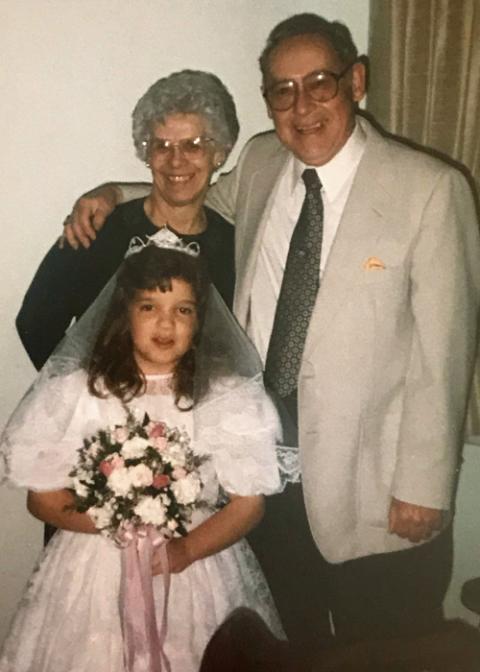 The author's friend Lauren, pictured with her "hero grandparents" on her first Communion (Provided photo)

When my friend came out to her daily-Mass-attending grandmother, she was nervous. Her grandmother's response however, was, "I still love you the same, and if your grandfather was still alive he'd do the same." This love of course isn't the only "love" my friend has experienced. For there isn't just hatred, apathy or love when it comes to the response that a Christian might give to a gay person. My friend was quite detailed on how many in the church say they still love her, but in tone and in action that love is not about compassion or fraternity, but rather of pity and condescension. The, "I love you because I have to love you," or the holier than thou, "Of course I love you — despite your being lesser, or defective compared to me," love.

Of course, it's love that compels my friend's mother to support and accompany her, which leads to the incongruence of the church, "our mother," and the seeming lack of love and accompaniment for gay and lesbian persons. My friend said that the church is defined as a conflict: there's the conflict between church as hierarchy and institution versus the church as the people of God. And among the people of God, or the laity, the conflict between those who expend their energy condemning and those who expend their energy on building up. On this point, she referenced Jesuit Fr. James Martin and his Twitter feed as an example. She finds his posts loving, even if she disagrees with some of what he says. But, many who reply to his tweets, those who are supposedly more Catholic than he, have a seeming lack of love, empathy, humility or Christian charity. Essentially, take 1 Corinthians 13, invert the section on love and that is the primary church experience she has had since coming out, in person or online.

One does not need an advanced course in statistical analysis to understand that a sample size of one may not be representative. However, in as much time as Sunday Mass takes, my being called to communion over breakfast with a friend provided me with a substantive look into what I call the wounds the church has enabled on many of her daughters and sons. Wounds which we should acknowledge, clean and heal.

Exiting the parking lot, with the steeple and cornerstone of the local church in the rearview mirror I realized something more profound about my friend, her experience and ongoing feeling of rejection. Hers was a story of woundedness by the institutional church and the church which is the people of God. There was also painful irony for me. For in her rejection, in her bearing these wounds, she much more closely resembles the suffering Christ than I ever have. Yes, I believe we're both equal as children of God, but no one in the name of Scripture, tradition or God has condemned me the way she has been condemned — in like manner the way Christ was condemned. Perhaps then, we could try to see the face of Christ on the faces of gay persons and talk with them, in person, the way we try to talk with Jesus in prayer: compassionately, lovingly.

A version of this story appeared in the May 17-30, 2019 print issue under the headline: ‘The church that raised me rejected me’.