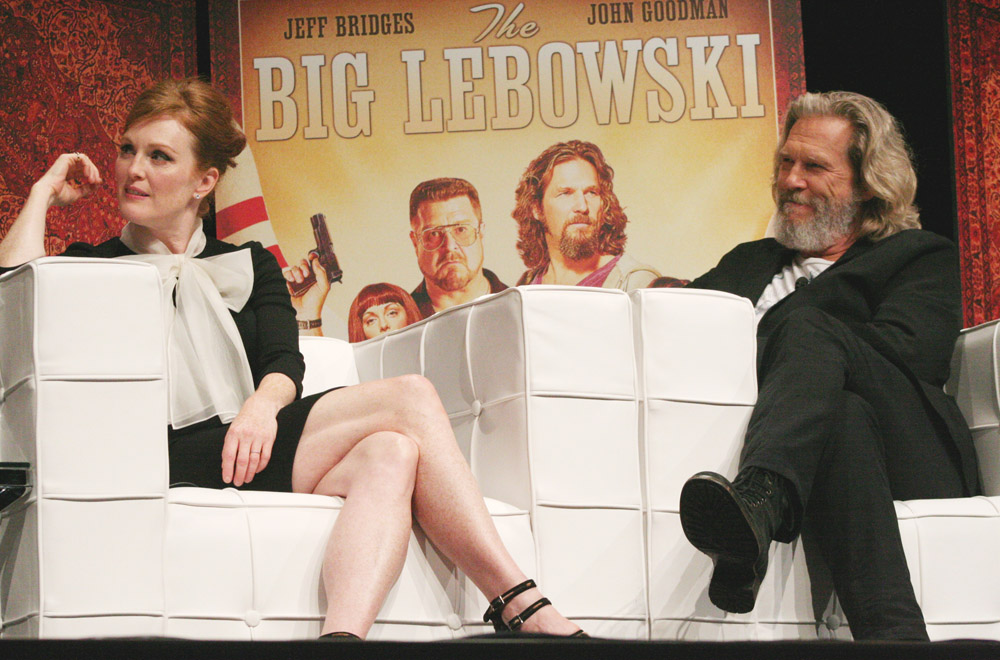 Last week, I watched a 15-second video on Twitter and audibly gasped.

It was a clip of actor/American treasure Jeff Bridges playing the best role of his career, maybe my favorite movie character of all time: Jeffrey "The Dude" Lebowski, protagonist of the 1998 Coen Brothers cult classic "The Big Lebowski." But the clip wasn't from 1998. It was clearly brand new — Bridges' hair is white now and he's a bit heavier than he was 21 years ago (he still looks great, of course). "Can't be living in the past, man. Stay tuned," read a cryptic caption Bridges posted with the video on his own Twitter page.

At the end of the clip, the date "2.3.19" appears. "A sequel! And it's coming out in like 10 days!" I immediately thought. But then I remembered the American liturgical calendar: Feb. 3 is the Super Bowl. This couldn't be as good as it seemed.

Jesuit Kyle Baker, a fellow member of the Dudeist community, went through a similar progression:

Sure enough, confirming our darkest fears, the Dude is returning not for a feature film or even a stage play, but for a Stella Artois Super Bowl ad.

I don't begrudge Bridges for making money off the character. He's a good enough actor to do whatever he wants with his career and, by all accounts, he's a wonderful guy in real life. But this feels gross and cheap for two primary reasons.

1. The Dude is an anti-capitalist, anti-empire dude who would never try to sell anyone anything.

The Dude shilling for Stella is so out of character. Plus, he only drinks White Russians, not beer, and oh no, now I'm realizing the ad is going to have him ditch his White Russian for a beer, and I am even more outraged than I was before.

2. "The Big Lebowski" is art, and advertisement is the opposite of art.

In his Harper's Magazine essay "Shipping Out: On the (nearly lethal) comforts of a luxury cruise," which was later renamed as the title essay in his collection A Supposedly Fun Thing I'll Never Do Again, David Foster Wallace goes deep into the various horrors of a Caribbean cruise he took in 1995. The most relevant section to this new Lebowski commercial is Wallace's treatment of the cruise line's thick, magazine-style advertising brochure. The promo material Wallace peruses includes an essay by Frank Conroy, a critically acclaimed author who was one of Wallace's own role models.

"Conroy's essay is graceful and lapidary and persuasive," Wallace writes. "I submit that it is also completely insidious and bad." Why is it bad if the writing is good? Because an ad that pretends to be art, Wallace says, is "like somebody who smiles at you only because he wants something from you." (He calls this the "Professional Smile" we all know from service industry professionals.)

This sort of dishonesty "messes with our heads and eventually starts upping our defenses even in cases of genuine smiles and real art and true goodwill." The essay "seems to care about me," Wallace writes. "But it doesn't, not really, because first and foremost it wants something from me."

The relationship between artist and consumer is akin to a gift giver and receiver. The artist shares their work with the world, and then we receive it as we would any other gift: with gratitude, openness and generosity shown back toward the giver. (It's why you still say "thank you" even for a present don't like at all.) Ads are not gifts — and therefore not art — because the producer always wants something from us in return. No matter how funny or engaging or well produced or "artistic" a commercial is, it can never be art.

I think this is a big part of the reason why the Lebowski ad makes me so mad. (Wallace said ads pretending to be art make us feel "confused and lonely and impotent and angry and scared.") The Dude is an artistic creation, a gift freely given to all of us by the writing/directing Coen Brothers and Jeff Bridges, being used in attempt to make me feel happy feelings about a multibillion-dollar corporation, who maybe I'll support my next time at the liquor store because they're such a fun and lighthearted brand. A piece of art being used for not-art, introduced to us in a 15-second unlabeled teaser that got my hopes up, if just for a moment.

I wonder how Bridges really feels about this. The Coen Brothers? We have a bit of a sense of how Frank Conroy felt about his ad-as-essay because Wallace called him up to ask about it. "I prostituted myself," he said with a sigh.

Take this as my warning before you sit down to watch the Super Bowl and the commercials on Sunday. Enjoy the ads if you like them, fine, but stay alert. They are not gifts. They are not art. They are not neutral pieces of media. They all want something from you. Do not let the appearance of beloved figures fool you, no matter how hard they try. Do not take delight.