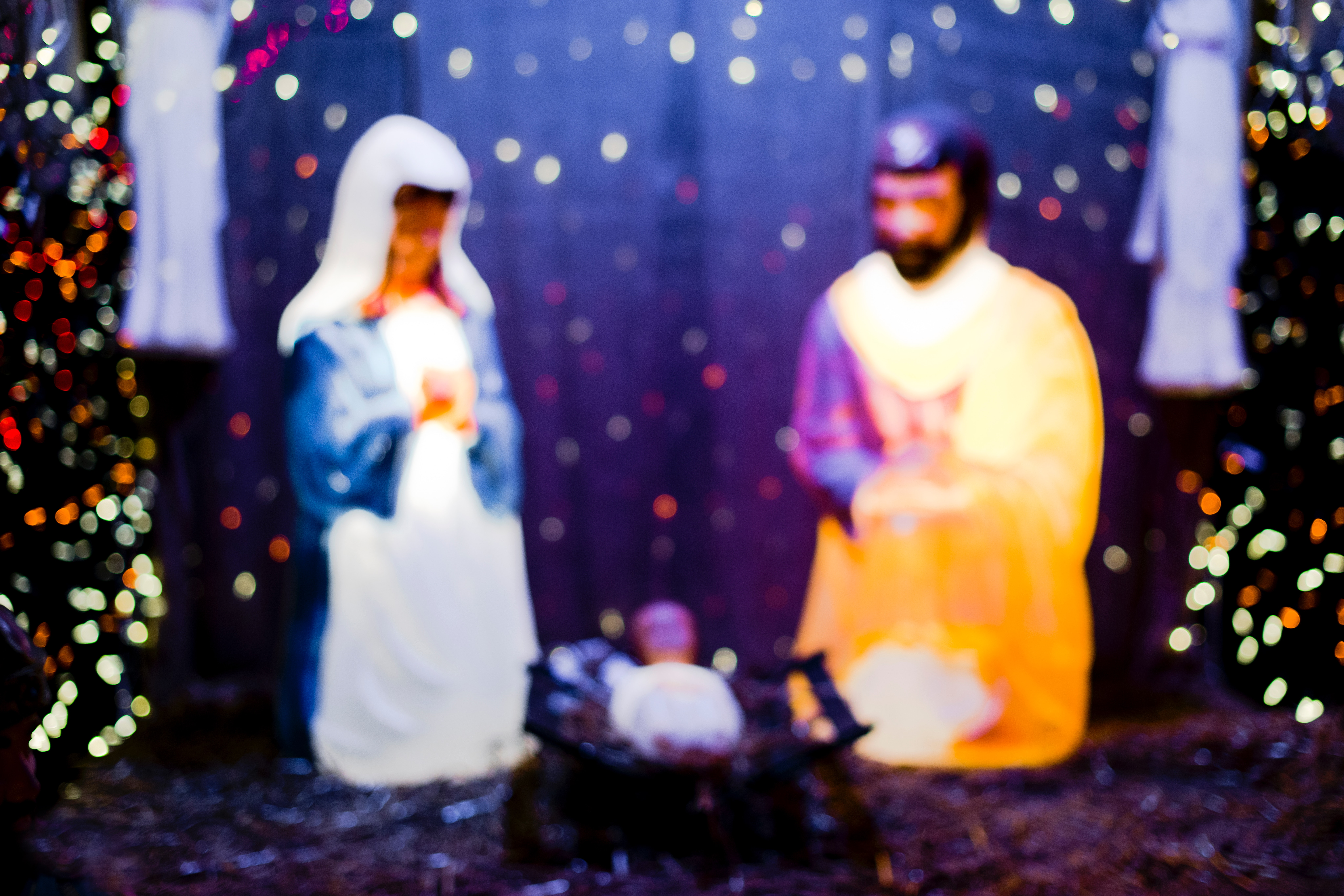 If you've been in the American suburbs during the evening this month, you've seen the inflatables: Huge Santas, snowmen, reindeer and other Christmas characters filling front lawns, puffed up and illuminated by LED lights.

These decorations look fine at night, if a bit tacky, but lawns during the daytime look like Christmas graveyards, covered with lifeless, deflated things that resemble used parachutes. It's as if a grinchy angel of death rode through overnight and perpetrated acts of senseless vandalism, leaving polyester casualties of a War on Christmas in his wake.

Did you roll your eyes when you read it? This cable-news fake controversy has been around long enough now to have become a parody of itself. But do not be complacent. There is indeed a War on Christmas going on, if a bit different in nature than Fox commentators might suggest. Here are nine signs of it and ways you can resist.

1. Saying "Merry Christmas" to strangers as a passive-aggressive weapon instead of actually meaning it.

I can't tell if the person who wishes me a Merry Christmas in the grocery store is full of holiday cheer or just announcing what side they're on in the "what to say to strangers in December" battle. Only the sayer can know what's in his or her heart. So, search your heart for ulterior motives. I know I sometimes say "Merry Christmas" to woke-looking, secular-looking, fellow millennials at coffee shops to see if I can get a rise out of them. That is decidedly not in the Christmas spirit.

2. Using tear gas on asylum seekers at the US-Mexico border and separating families through deportation.

Jesus was a poor child born in a cave surrounded by animals. Soon after his birth, his family became refugees when they fled King Herod into Egypt. When we treat immigrants, refugees and asylum speakers with anything less than the utmost dignity, failing to see the face of Christ in their faces, we are forgetting who we are and who God is. Our current national failure to treat migrants better is the biggest crime of all in the War on Christmas.

I'll never forget the Christmas gifts my young nieces were most excited to receive last year: umbrellas. And they live in Southern California, where it never rains. Their parents have cultivated a sense of simplicity and gratitude in their home that has helped them preserve the real meaning of Christmas. It was so refreshing and challenging. Could I cut my own or my kids' Christmas lists down to one single five-dollar item?

4. Rampant nostalgia and the undue pressure it puts on the holiday.

Christmas is the most nostalgic day of the year. Don't give in. You're just going to be disappointed. I feel this tug as a relatively new parent. I want to give our daughters the BEST CHRISTMAS EVER because that's what I remember from when I was little, but I'll never live up to those falsely inflated expectations. This temptation is closely connected to the next one.

5. A lack of gentleness with yourself and your loved ones.

When I undoubtedly fail to deliver the BEST CHRISTMAS EVER to my family, I will be tempted to get down on myself. Or, if there are moments of stress and tension with my wife while navigating the holiday, I will get mad that we aren't having just a wonderful time every second. Go gently with yourself and with those closest to you. Christmas can be stressful. You very well might blow up at someone, and if you do, apologize, make a self-deprecating joke, move on. Forgive blow-ups directed toward yourself just as liberally.

6. Complaining about the Christmas season starting too early.

I am guilty of this one most of all. I rage at the Christmas displays in stores in October and resist listening to Christmas music during Advent. The cynical view of the very long season is that corporations want to make money off us. This is definitely true. But it could also be true that part of the long season is that people are longing for peace, for joy, for better relationships. If an elongated, liturgically incorrect Christmas season can help even a few people grow closer to God and neighbor, who am I to judge?

Are you tempted to say "Busy!" anytime anyone asks you how you're doing? Two options for you: Cut out parties or shopping you don't need and get less busy, or, if you can't cut stuff out, find some space for contemplation within the action. I recommend Pray As You Go, a daily prayer podcast you can throw on your headphones as you're walking around.

8. Complaining about people who only go to Mass twice a year overcrowding the church on Christmas Eve.

Will most of these churchgoers be back on January 1, or March 1 or August 1? No, probably not. But give the grace of the Eucharist the benefit of the doubt. Maybe the person who is sitting in your usual pew will feel a tug to get involved, finding in the liturgy a sense of community and the sacred that feeds a hunger they didn't even know they had. Don't let your complaining be the thing that sends them looking elsewhere.

9. Plans to take down Christmas decorations on December 26.

The Catholic Church knows how to party. Depending on who you ask, the Christmas season stretches until at least January 13 this year (and maybe all the way to February 2). Everyone knows it's a difficult, painful time for the church these days. So don't rush out of Christmas. Keep those lights up. Let the tree needles turn brownish and fall. Sing carols after the radio has stopped playing them. Celebrate the incarnation of the Lord, the birth of God-with-us, as long as you can stand it. The true countercultural move isn't to say "Merry Christmas" instead of "Happy Holidays." It's to keep celebrating Christmas into 2019.

No matter what a cable show ranter tells you, these nine things are among the biggest threats to the true meaning of Christmas. Resist them. Better yet, do the opposite, and pray for our celebration of Christ's coming to heal us and the whole world.