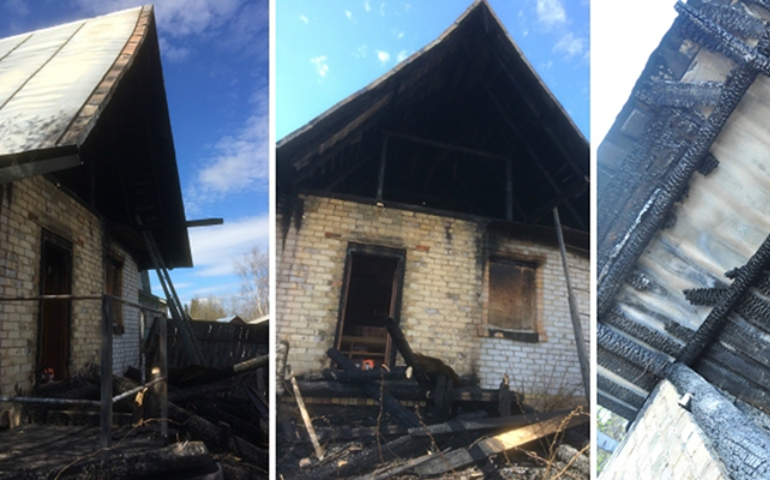 Teachers have humiliated Jehovah’s Witness children in front of their classmates. Arsonists have burned Witnesses’ homes. Security forces have raided their meeting halls.

Since the Russian Supreme Court on April 20 declared the Jehovah’s Witnesses an extremist group, its members have faced increasing harassment from both authorities and suspicious neighbors.

And last week, for the first time since the decision, a Jehovah’s Witness has been not only detained by police, but jailed by a judge.

“He read the Bible. That’s why he was arrested,” said Yaroslav Sivulskiy, a representative of the Jehovah’s Witnesses in St. Petersburg.

For about a month the Witnesses had not felt the full force of the court decision, which calls for the liquidation of the Jehovah’s Witnesses organization — not only its Russian headquarters in St. Petersburg, but the 400 or so Kingdom Halls where more than 100,000 Jehovah’s Witnesses across the nation meet.

Yet worship had continued at many of these Kingdom Halls.

Within the past few weeks, however, intensifying persecution has prompted most congregations to move group worship to private homes, Sivulskiy said.

Most worrisome to many Witnesses are the recent instances in which schoolteachers, principals and police have turned on children.

“Officials who were already minded to take action against Jehovah’s Witnesses are now emboldened, and ordinary people who have long disliked them are also emboldened,” said Felix Corley, an Oslo-based religious rights activist who edits the Forum 18 News Service, which tracks abuses in the former Soviet Union and Eastern Europe.

Sivulskiy, speaking from St. Petersburg, tells the story of an 8-year-old girl recently forced by her school principal to sing a patriotic song at school in front of her classmates.

Jehovah’s Witnesses, an evangelical Christian group founded in Pittsburgh in the late 19th century, see themselves as representatives of God’s kingdom and remain neutral in politics. They pay taxes but do not recite patriotic pledges, sing nationalistic songs or join the military.

Witnesses also report an incident, near Moscow, of another 8-year-old girl, whose parents were brought to her school after she had sung a Jehovah’s Witness song and talked about God to classmates. In the presence of the school’s psychologist and director of security, the principal handed the parents a document informing them that if this behavior continued, the school would no longer educate the girl.

In Bezvodnoye, northeast of Moscow, two sixth-grade girls were humiliated by a music teacher who defended her actions by noting that Jehovah’s Witnesses are “banned.” She reportedly said to the girls’ mother: “You are now extremists and there will be no mercy.”

The encounter with the music teacher is one of 50 detailed in a May 25 report the Witnesses — whose world headquarters are outside New York — released on harassment against their co-religionists in Russia.

On May 25, Dennis Christensen was worshipping in another private home — in the city of Oryol, about 185 miles south of Moscow — when 15 armed agents of the FSB, the successor to the KGB, stormed the house and arrested all the men.

The men spent the night in jail and were released in the morning — except for Christensen, according to accounts from the Witnesses. The judge reportedly considered him a flight risk because of his Danish citizenship. Christensen’s alleged crime: membership in an extremist group. He faces six to 10 years in prison.

Jehovah’s Witnesses, with about 8 million followers worldwide, are far from the only religious group harassed in Russia, where President Vladimir Putin has aligned the government with the formerly communist country’s dominant religion: Russian Orthodoxy.

Hare Krishna, Muslims, members of Falun Gong, atheists and other evangelical Christians have also suffered. But only the Witnesses have been officially labeled extremists. They sit on a list of groups that includes the Islamic State group and al-Qaida.

An “extremist” group in Russia can be defined as one that preaches that its path is the only one that can lead to salvation. Only the Russian Orthodox Church and a select few others may legally make that claim.

Corley said the Jehovah’s Witnesses will not abandon their faith in the face of increasing persecution and will continue to gather to worship, discuss Scripture and educate their children in their beliefs.

“It will then become a head-to-head between the government and community members as to who’s going to hold out the longest,” he said.

The Supreme Court will hear an appeal against the ban ruling on July 17.