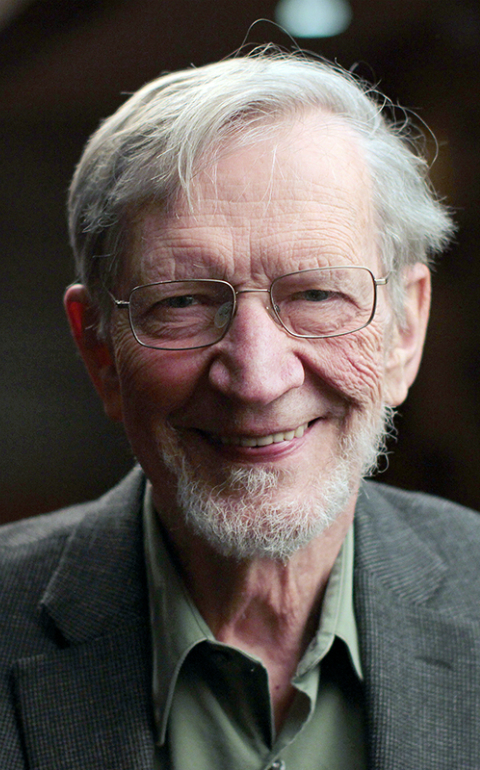 American scholar Alvin Plantinga, a pioneering advocate for theism, or belief in God, as a serious philosophical position within academic circles, was named the winner of the 2017 Templeton Prize.

Plantinga, 84, a retired professor at the University of Notre Dame, won the award for revolutionizing “the way we think,” said Heather Templeton Dill, president of the John Templeton Foundation, which awards the annual prize.

“Alvin Plantinga recognized that not only did religious belief not conflict with serious philosophical work, but that it could make crucial contributions to addressing perennial problems in philosophy,” Dill said April 25 in an online announcement of this year’s award.

Because of Plantinga’s influence, it is no longer unusual for philosophy professors to bring their religious commitments to bear on their work, whether they be Buddhist, Jewish or Muslim, the Templeton Foundation’s statement said.

Until Plantinga, many philosophers viewed theistic belief as logically incompatible with the reality of evil.

Countering that, Plantinga, whose own religious tradition is Dutch Christian Reformed, argued that, “in a world with free creatures, God cannot determine their behavior, so even an omnipotent God might not be able to create a world where all creatures will always freely choose to do good,” the announcement said.

Plantinga’s landmark 1974 “God, Freedom, and Evil” is now “almost universally recognized as having laid to rest the logical problem of evil against theism,” the foundation noted.

In a statement, Plantinga, who taught at the University of Notre Dame for 18 years until retiring in 2010, struck a modest note, saying that if his work played a role in transforming the field of philosophy, he “would be very pleased.”

“I hope the news of the prize will encourage young philosophers, especially those who bring Christian and theistic perspectives to bear on their work, towards greater creativity, integrity, and boldness,” Plantinga said.

The Templeton Prize, worth about $1.4 million, was established in 1972 by the late investor and philanthropist Sir John Templeton. It is one of the world’s largest awarded to a single individual and “honors a living person who has made an exceptional contribution to affirming life’s spiritual dimension, whether through insight, discovery, or practical works,” according to the foundation, which is based in West Conshohocken, Pa.