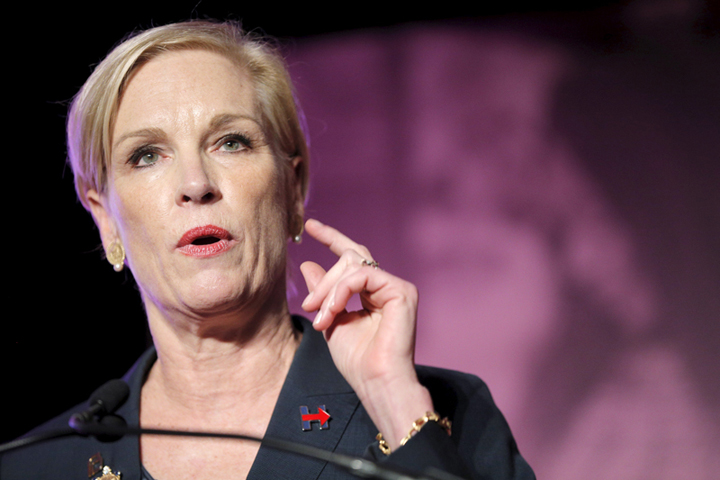 An invitation for Planned Parenthood Federation of America President Cecile Richards to speak next month at Georgetown University, the nation's flagship Catholic school, is drawing criticism from some conservative Catholics.

The Cardinal Newman Society, a frequent critic of Catholic higher education that first noted the invitation, condemned plans for the April speech, an event that is part of the Lecture Fund, a student-run organization at the Washington, D.C. university.

Planned Parenthood has for months been the target of abortion foes following the release of undercover videos that activists say shows Planned Parenthood officials illegally negotiating to sell fetal tissue recovered from abortions.

While even some abortion rights supporters have cringed at the language used in the videos, Planned Parenthood have defended their procedures and the only charges that have been brought in any state have been against the undercover filmmakers.

Still, demands to defund Planned Parenthood have become a major talking point in the presidential campaign, and for abortion foes.

"This is the latest in a long history of scandal at Georgetown University," said Cardinal Newman Society President Patrick Reilly in a statement last week.

"Disguised as an academic event, this is nothing more than a platform for abortion advocacy at a Catholic university and under the nose of the Catholic bishops, featuring a wicked woman who defends the sale of baby body parts and is responsible for the deaths of millions of aborted children."

The university responded March 3 with a statement saying it is committed to "the free exchange of ideas, even when those ideas may be difficult, controversial or objectionable to some." It noted that Richards is not being paid to speak.

"Georgetown remains firmly committed to the sanctity and human dignity of every life at every stage," it added.

As word of the planned event circulated on social media it was even criticized by South African Cardinal Wilfrid Napier, who tweeted that it reflects "the disjuncture" between the call to teach the gospel and the "obsession" to be fair about moral issues.

"Georgetown's hosting Cecile Richards is an obvious case!" he said.

The Lecture Fund noted on its website that the event will be for members of the university community.

"The event is not open to the public and only those with a Georgetown University ID will be allowed to attend," it said.

Georgetown is a Jesuit university and the nation's oldest Catholic university.