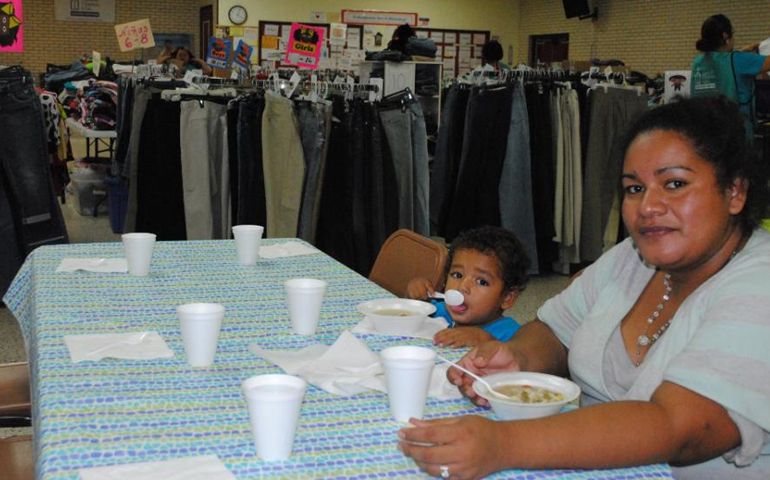 After putting on our teal volunteer vests, we were told to line up as we waited for migrants to enter the Catholic Charities building in McAllen, Texas, in the Rio Grande Valley. The space looked like a thrift store within a gymnasium: clothing racks filled the room, tucking away the makeshift soup kitchen set up in the back.

I was there as part of a Border Witness Program, a weekend retreat intended to immerse its participants into the realities of the border. The program is organized by a female empowerment group known as ARISE (A Resource In Serving Equality), which has Mercy associates as its leaders.

The director told us it's customary to applaud as the migrants walk in, adding that we would understand why once we see them.

When the heavy double doors swung open, a train of tired-looking people entered single-file, most of them carrying a baby or holding a toddler by the hand. They mostly walked with their gazes to the floor, but they lifted their heads at the sound of applause. They smiled shyly as they made their way to the check-in table.

All the numbers and statistics I had read and written about, these distant figures, whose plight merely inspired my futile yet sincere sympathies when I read about them, now had names and faces. A father adjusting the pigtails on his 2-year-old daughter. An exhausted young mother with a young, hyper son. A guy who looked to be in his 20s, traveling alone and too timid to make conversation.

Catholic leaders speak out about policy toward migrant kids, families