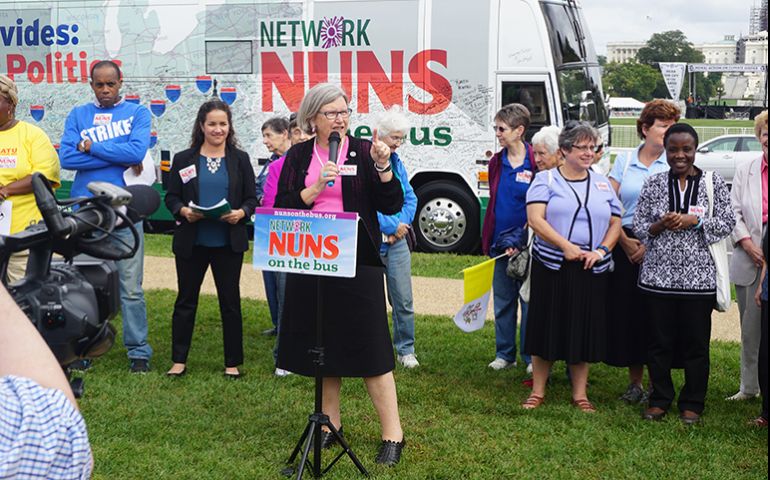 When the Nuns on the Bus get rolling July 11, they'll be headed for the "gaps" in society, the places where the powerless left behind in the U.S. economy can be found

They'll also visit the politically powerful, gathered at their conventions to anoint the next presidential candidates, in hope of making the case for mending the growing breach between rich and poor.

It's a variation on a persistent theme for Sr. Simone Campbell, the 70-year-old executive director of NETWORK, the Catholic social justice network that launched the annual bus tour in 2012. This year's version, "Mend the Gaps," will focus on promoting policies that bridge divides in the United States, with a special focus on policies that affect women and people of color.