LCWR 2016: Contemplation is key to leadership, discerning the future of religious life 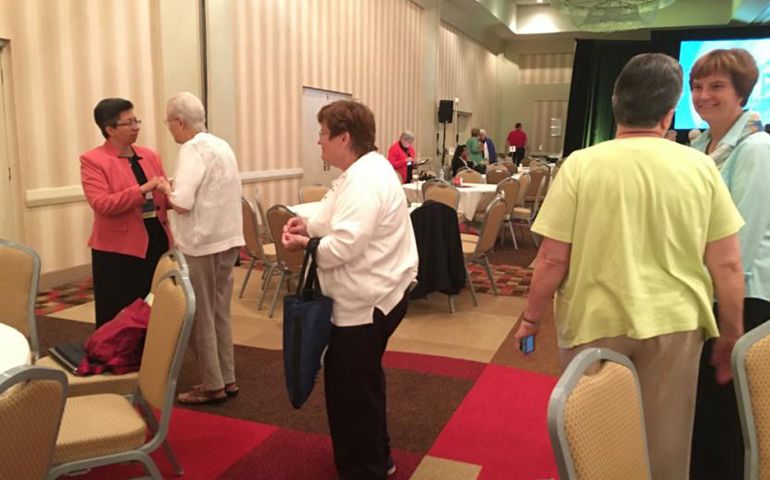 Sisters line up to greet Sister of Charity of the Incarnate Word Teresa Maya, left, after the announcement that Maya is LCWR's new president-elect. (GSR/Dawn Araujo-Hawkins)

As a leader, Farrell said, contemplation "filled a deep hunger in me personally and seemed to enable me to respond to leadership challenges with some depth and creativity." Furthermore, "in the silence and solitude, something gradually expanded in me. I was aware of a slowly growing ability to be more compassionate, less reactive and less judgmental."

| LCWR 2016: Contemplation is key to leadership, discerning the future of religious life

LCWR wraps up assembly with reflection on the Trinity and diversity