Poverty and drought: When a sister goes among the people in India, lives change 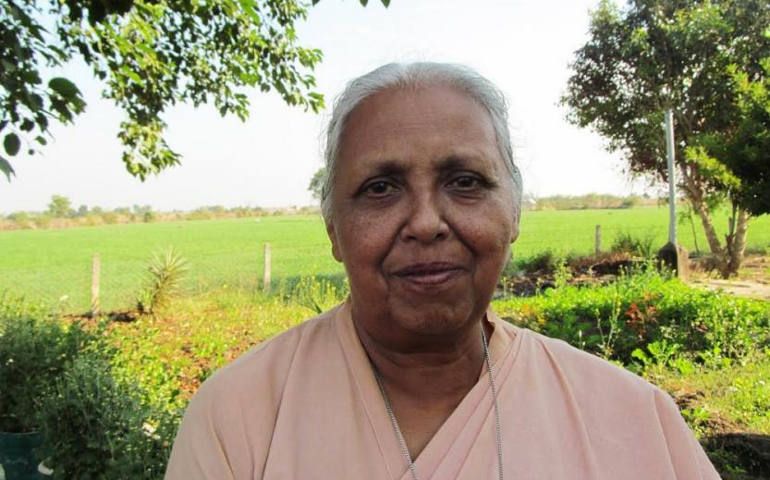 Bhopal, India — When Sr. Magi Maria quit a comfortable teaching job to plunge into social work, neither she nor her congregation had any idea what lay ahead.

A quarter century later, more than 50,000 residents of 105 drought-prone villages in the central Indian state of Madhya Pradesh thank the Congregation of Mother Carmel nun for taking that "leap into the dark."

Her intervention has helped them break free of poverty, unemployment, malnutrition, illiteracy and enslavement.

"We did not have even a hand-to-mouth existence when we met the sister," says Gayatri Sahu, a mother of three sons and one of Maria's beneficiaries. The 45-year-old woman lives with her husband Beny Prasad Sahu and sons in Chota Khera, a village on the outskirts of the state capital of Bhopal.

When Maria met the family eight years ago, the husband was earning 50 rupees (U.S. $1.25 then) as a daily wage worker. "We had to go to bed on an empty stomach many days since he had no regular work," Gayatri Sahu told Global Sisters Report.

Her husband says now they have "enough to eat and a good house" after the Catholic nun taught the family how to make the best use of their one-acre farm.

Sahu, 49, stopped working on others' farms as he began cultivating his land. He got help from Cyriac Elias Rural Organisation for Women and Children, a group Maria started in 1991 to aid the villagers. It encouraged him to try growing multiple crops.

"Earlier I had a hard time raising even one crop a year," Sahu told GSR.

World | Poverty and drought: When a sister goes among the people in India, lives change

Mother of Mercy House a haven for the downtrodden

Pope’s concern for environment, the poor has Protestants paying attention