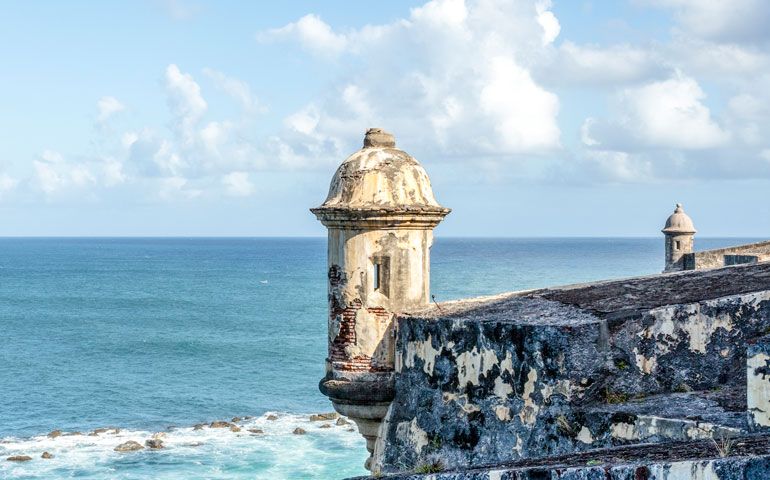 Catholic families looking for a Caribbean vacation should make it easy on themselves and choose Puerto Rico. It is affordable. It is a U.S. territory, so no need to worry about passports for the kids. There are nonstop flights from all major airports. Like all Caribbean destinations, Puerto Rico has endless beaches, lush beautiful mountains, a lively culture, and delicious cuisine. It also has something most of the other islands lack: a vibrant, historic metropolis, San Juan.

On most islands in the Caribbean, if it rains, there is not very much to do. San Juan is a city of around 2 million people, chock-full of museums and shops and restaurants and live music venues. There is the historic fort Castillo San Felipe del Morro, which has guarded the entrance to the harbor for 450 years, and is frequently used as a backdrop in movies like "Amistad."

The blue cobblestone streets take you down to La Fortaleza, the governor's mansion built out of an early 16th-century fort. Thick stone walls encircle the Old City and you can walk along them on the outside or the inside.

The Cathedral of San Juan Bautista was begun in 1521, 99 years before the Pilgrims landed at Plymouth, Mass., and defying Baltimore's claim to have the oldest cathedral in the United States. In fact, the first bishop to arrive in the Western Hemisphere was San Juan's first bishop, Bishop Alonso Manso. His tomb can be found in a small chapel inside the cathedral on the left.

The main part of the current structure, in a neoclassical style, was built in the early 19th century after its predecessor was destroyed in a fire. In the back, however, are two small Gothic chapels from the original building. We gringos often say that St. Patrick's in New York or Holy Cross in Boston are Gothic, but they are really Gothic revival, part of the late 19th-century romantic fascination with medieval times. The chapels in San Juan Bautista were built in the Gothic style because that was how they still built churches in 1521.

Up the street, and under renovation, is another early 16th-century church, San José. Inside, you will see a beautiful colonial reredos behind the altar and a huge sculpture of the Hapsburg coat of arms on the wall.

The architecture unwittingly marks the death of King Charles V of Spain. He was a great patron of the church in the Indies and so the sanctuary and half of the nave are in fine stonework. Halfway down the nave, this gives way to stucco. When Phillip II succeeded Charles to throne, he was less generous to the church and the builders could not afford the stonemasons any longer.

Canadian bishops: Indigenous delegation to meet with pope by end of 2021