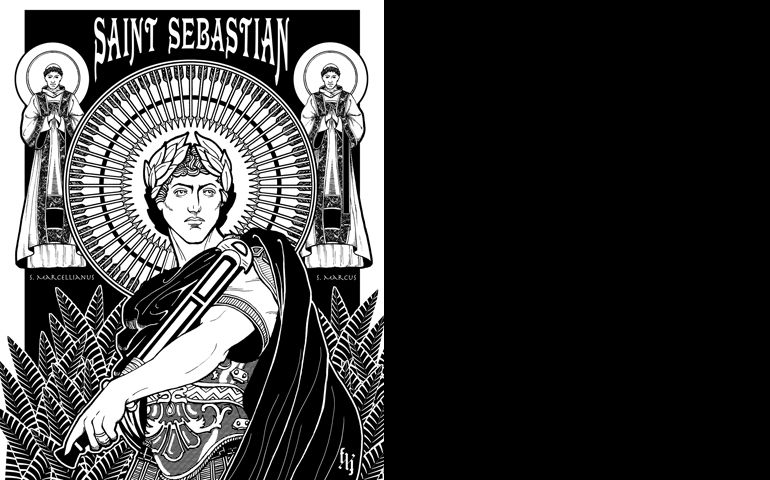 When Friar John Sebastian, secretary and treasurer at the Franciscan Monastery of the Holy Land in America in Washington, D.C., commissioned Lawrence Klimecki to illustrate St. Sebastian in 2010, Klimecki knew he was going to do something different.

Classical artists have traditionally depicted the martyr tied to a tree, riddled by arrows. But when illustrating Paulist Press' 2012 children's book S Is for Saints, Klimecki elected to portray the saints as they were before their canonization.

"So many times, you see saints dressed as priests, nuns, brothers or sisters, but they weren't born as a priest or a monk. They had lives before they got to that point," said Klimecki, an artist and deacon at Presentation of the Blessed Virgin Mary Parish in Sacramento, Calif. "I approached St. Sebastian with the idea of giving some sense as to what Sebastian may have been like beyond the popular notion of target practice for archers."

Baptism of the Lord