Skip to main content
EarthBeat
A version of this story appeared in the June 20-July 3, 2014 print issue under the headline: Halt of pipeline only a step, sisters say. 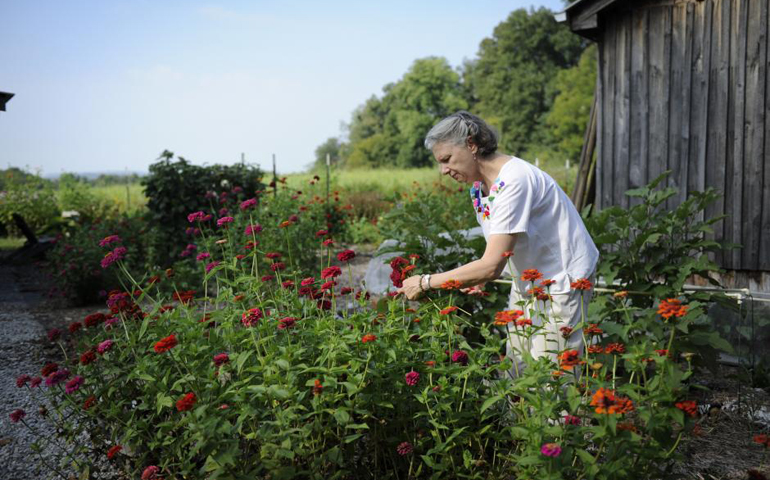 JoAnn Gates, a co-member of the Sisters of Loretto of in Marion County, Ky., trims flowers on the congregation’s property Aug. 30. (CNS/Patrick Murphy-Racey)

When developers announced that work on the Bluegrass Pipeline had been suspended, members of the Sisters of Loretto community in Marion County, Ky., saw it as a step forward. They believe their many prayers and protests played a part in the bringing about suspension. But the Loretto community has also been quick to point out that the pipeline's suspension is not a victory -- not, they say, as long as energy companies and their pipelines continue to destroy Earth elsewhere.

"Until everyone wins, to me it's not a real victory," said Susan Classen, a Loretto co-member who runs one of the sisters' retreat centers. "So, great, they're not going through Kentucky after all, but they're going through somebody else's land in some other place, and that's why I hesitate to call it a victory."

The Bluegrass Pipeline -- made famous in part by the Loretto sisters' musical protests -- would have transported liquefied gases from fracking fields along 1,100 miles of West Virginia, Ohio and Kentucky. Fracking, or hydraulic fracturing, is a controversial method of oil and gas extraction in which high-pressure mixtures of water, sand and chemicals are injected into underground rock formations.