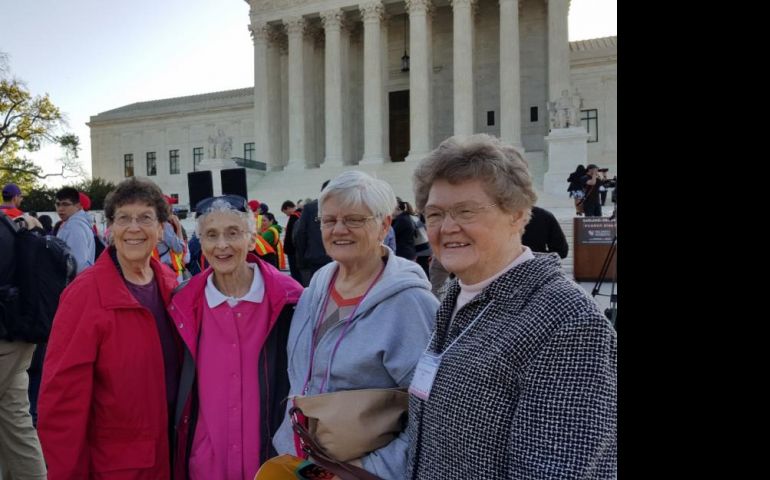 Washington, D.C. — Lending their voices, support and prayers, dozens of sisters from various congregations gathered with hundreds of immigrants and advocates in front of the U.S. Supreme Court building April 18 as justices heard oral arguments regarding Obama Administration immigration policies.

"This is a central concern and we want to stand in solidarity with our immigrant sisters and brothers," said Mercy Sr. JoAnn Persch, executive director of the Interfaith Committee for Detained Immigrants in Chicago. The organization operates houses and provides services for detainees who are waiting for their case. "We believe this immigration system is evil. We are people of faith and operate on the basis that every human being is our sister and brother."

The case at hand questions the legality of Obama's executive actions on immigration in the form of two initiatives: Deferred Action for Childhood Arrivals (DACA), and Deferred Action for Parents of Americans and Lawful Permanent Residents (DAPA), which the president launched in 2012 and 2014 respectively. A decision is expected in June.