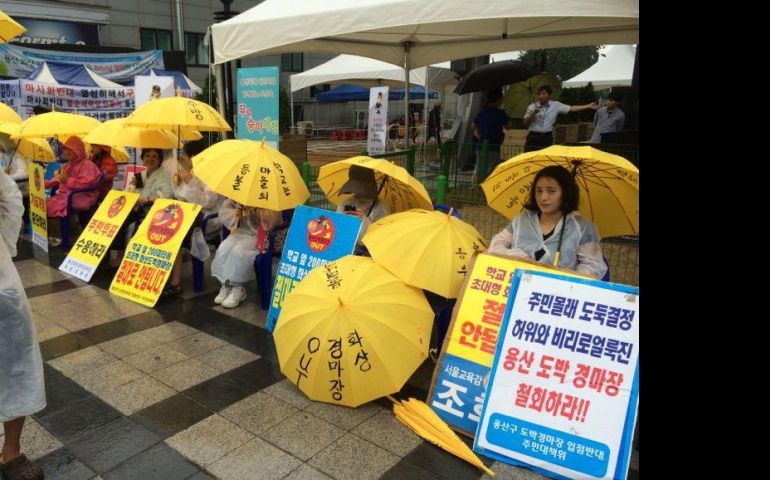 She spoke with both anger and contempt as she pointed upward, standing in front of a tall modern looking building erected just 230 meters from the Sacred Heart Girls High School.

As a result, gamblers and high school girls, coming and going to school, will be mixing more frequently. This is terribly upsetting to the Sacred Heart sisters, local residents and parents who have been fighting the project unsuccessfully. They feel powerless to stop the project, though they keep protesting.

The building, Kim said, was built without anyone revealing its real purpose. She and other Sacred Heart sisters were told it would be an office building. Since news of the real intent of the building became public, local residents have joined in the protest.

A Seoul city ordinance states that gambling cannot take place within 200 meters of any school. The government officials, who approved the building permit, say it is 230 meters from the school and, therefore, within the law.

Sacred Heart School teachers, students and parents, as well as residents of Yongsan, Seoul, have been protesting the building since May 2013. Various Catholic sisters' congregations, along with parents and teachers, have maintained a continuous protest in a tent adjacent to the building for the past 206 days. Someone is always in the tent, day and night.

Bishops see signs of resilience in Gaza despite destruction