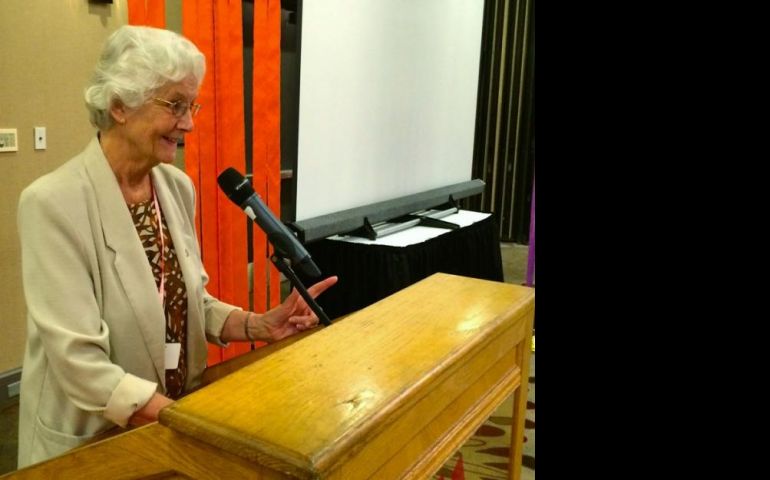 "A revolution has taken place in the Roman Catholic church's understanding of the Bible," St. Agnes Sr. Dianne Bergant told a group of priests in Saint Louis last week. "As a result, the life and mission of the church have been transformed."

Bergant, recently profiled on Global Sisters Report, spoke at the third annual assembly of the Association of U.S. Catholic Priests, whose theme was "Dei Verbum, Revelation in our Lives and Times." The association, made up of some 1,000 priests who were formed by the Second Vatican Council and want to see it fully implemented, is studying a council document at each of its annual meetings. Dei Verbum was promulgated at the council and opened the church door to serious Scripture study.

Bergant is the Carroll Stuhlmueller, C.P., Distinguished Professor of Old Testament studies at Catholic Theological Union in Chicago and is viewed as one of the nation's leading Catholic Scripture scholars.