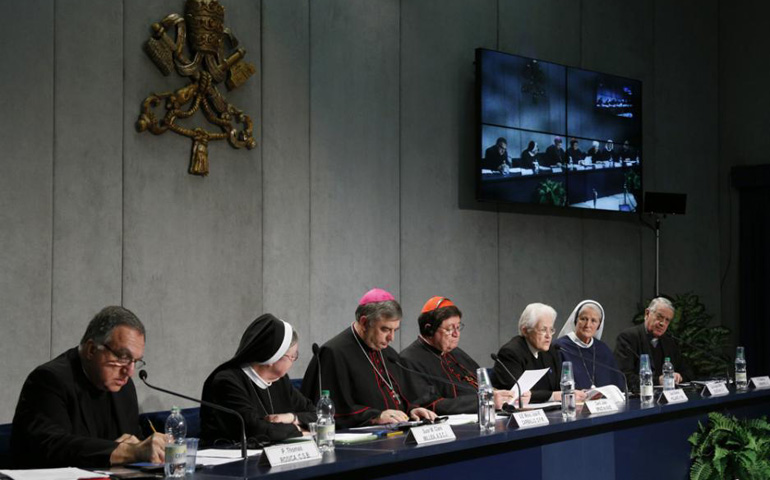 Women religious and interested watchers responded with gratitude -- and a bit of caution -- to the Vatican's response to the apostolic visitation Tuesday, saying it represents both a dramatic change in tone toward sisters' work in the United States and a path for future dialogue.

The Vatican's congregation for religious life held a press conference Tuesday in Rome to give its response to the controversial and unprecedented six-year Vatican investigation of tens of thousands of U.S. Catholic sisters, largely lauding their work for the church.

The Vatican investigation, known formally as an apostolic visitation, was launched by the religious congregation in 2008 with the approval of Pope Benedict XVI. Likely the largest such investigation in church history, it involved inquiry into some 341 female religious institutes in the U.S. that include some 50,000 women.

"The collaborative manner of the presentation made me really want to engage with the report with energy and openness," said Mary Ann Zollmann, a Sister of the Charity of the Blessed Virgin Mary, and an editor and one of the authors of Power of Sisterhood: Women Religious Tell the Story of the Apostolic Visitation.