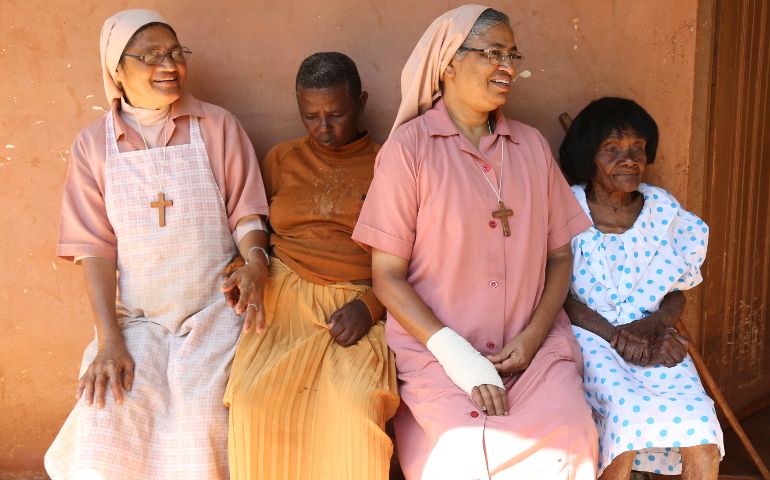 Sagana, Kenya — The old women sit quietly along the veranda, trees extending their branches over the houses, and a vegetable garden surrounding them. Nearby, someone is preparing corn and beans for lunch.

St. Mary's Village of Sagana, located 100 kilometers (62 miles) north of Nairobi, is a home for abandoned elderly and incapacitated women, but it looks like a typical rural homestead in Kenya.

Traditionally, extended African families live together in homesteads with houses grouped together, similar to the way St Mary's is set up. Growing old meant relying on younger family members, such as children, grandchildren, nieces and nephews, to take over the duties and care for the elders in their own home.

But that practice is changing. Countries are urbanizing fast and the younger generation is leaving their villages in droves to work in big cities, or to go abroad to pursue professional careers. More children are abandoning the traditional role of caring for the old as they move away from home.

This means elderly people in Kenya are increasingly being left to struggle alone with disease and health problems in their rural homes.

Fr. James Chiomio, an Italian Consolata Missionary who served in Kenya, founded St. Mary's in 1974 to serve blind, deaf and elderly women who were abandoned by the community, especially those who had Hansen's disease, commonly known as leprosy. Leprosy cases have significantly declined in the area, but there are still many elderly in need of care. Nuns from the Society of Nirmala Dasi Sisters in Kerala, India, have managed the home since it opened.

At St. Mary's, 85-year-old Jacinta Njeri spends her days sleeping on a thin mattress on the veranda of her room. Like many other women at St. Mary's Village, Njeri has no family to take care of her. She has been in the home for more than 20 years.