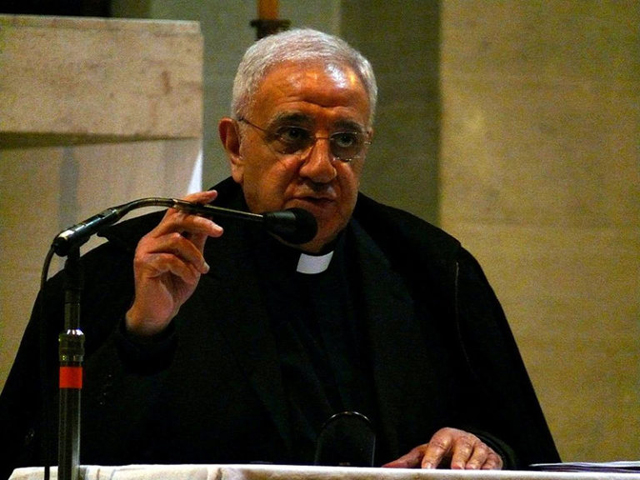 For years, seminaries and monasteries around France sent students and novices to Msgr. Tony Anatrella, a prominent French priest and therapist who has written disparagingly of gays, if their superiors decided the young men were struggling with homosexuality.

Now Anatrella, who argues that gay men cannot be ordained as priests, is facing mounting allegations that he himself had sex with male clients under his care, a scandal that could have repercussions all the way to the Vatican, where the priest is still regularly consulted on matters of sexuality.

The reports about Anatrella that have emerged in recent weeks also landed just as the Catholic Church in France has been embroiled in a crisis over charges that senior churchmen shielded priests even after they received reports that the clerics had molested children.

Anatrella stoked that furor earlier this year when it was revealed that he told new bishops at a Vatican-sponsored course that they are not obligated to report a suspected abuser to authorities even in countries where the law requires such reporting.

The Vatican quickly said that Anatrella's remarks did not change in church policy on reporting, and Boston Cardinal Sean O'Malley, head of Pope Francis' new Commission for the Protection of Minors, issued a statement saying that beyond the requirements of civil law, all members of the church "have a moral and ethical responsibility to report suspected abuse to the civil authorities who are charged with protecting our society."

Yet the allegations that Anatrella himself has engaged in sexual misconduct -- accusations that were first broached a decade ago -- pose a much greater threat to the priest.

So far, European media have relayed accusations from as many as four different men -- only one of whom agreed to be identified by his real name -- who say that Anatrella engaged in various sex acts with them during counseling sessions in his Paris office, with the activity allegedly occurring up until a few years ago.

"You're not gay, you just think that you are," Anatrella reportedly told Daniel Lamarca, who was a 23-year-old seminarian when he first went to Anatrella in 1987.

According to Dutch Catholic journalist Hendro Munsterman, who first reported Lamarca's story in Nederlands Dagblad, Anatrella told Lamarca he could rid him of his "pseudo-homosexuality" and sought to do so by performing sex acts on Lamarca.

"I know details about Anatrella's body that could only be known to someone who has seen him naked," Lamarca told Nederlands Dagblad.

Lamarca said that in 2001 he reported these episodes to the archbishop of Paris at the time, the late Cardinal Jean-Marie Lustiger. But he said nothing was done.

Then in 2006 he told a liberal lay-run Catholic periodical, Golias, about Anatrella's behavior; Lamarca's was one of three accusations to surface that year, but because they involved adults and wound up being their word against Anatrella's, the accusations were not pursued by civil authorities.

The church also apparently took no action. Cardinal Andre Vingt-Trois had succeeded Lustiger by that point, and he reportedly sent an email to all his priests expressing his support for Anatrella. Accusations from other ex-patients did not change the cardinal's opinion and he spoke of a "gay lobby" working against Anatrella.

It is unclear how many of these accounts may also be the same ones that surfaced in 2006.

Anatrella has so far not responded to the latest allegations.

On May 13, the Archdiocese of Paris released a statement acknowledging that in 2014, the current archbishop, Cardinal Andre Vingt-Trois, received a written complaint, via a priest, from a patient of Anatrella's who also made allegations of sexual exploitation. But the archdiocese said that because the complainant would not reveal his identity, the church could not pursue the matter.

In addition, the Paris archdiocese said that it received reports of other allegations regarding Anatrella late last month, also by way of a priest. "Because he could not act on the basis of anonymous third-party statements, the cardinal asked the priest to encourage the accusers to make personal contact [with the archdiocese] and lodge a formal complaint," said the church statement.

The statement went on to say that "any person who has been a victim of sexual aggression [or their parents in the case of minors]" should personally contact the archdiocese to report it. "They will be received and listened to, counseled on what to do next, and urged to file a complaint with the judicial authorities," it said.

Any person knowing "facts that justify a complaint or denunciation" should also report them to civil authorities, it added.

While Anatrella has been a familiar figure for decades in France, his controversial views gained wider attention in 2005 when he reportedly helped the Vatican, then headed by Pope Emeritus Benedict XVI, a theological conservative, craft guidelines aimed at keeping gay men out of the priesthood.

Anatrella at the time also wrote a lengthy article in the Vatican daily, L'Osservatore Romano, stating that homosexuality was "like an incompleteness and a profound immaturity of human sexuality."

According to a report from Catholic News Service, Anatrella wrote that gays are "narcissists" and said homosexuality is "a problem in the psychic organization" of a person's sexuality. He said that for theological reasons the Catholic Church can only ordain "men mature in their masculine identity."

On a practical level as well, he wrote, many of the sex scandals in the church happened because gay men, even if they vowed to remain sexually chaste, were ordained as priests and could not remain chaste.

Anatrella also provided a long list of warning signs that should alert seminary staff to the possibility that a seminarian is gay.

Among the signs he listed were students who had trouble relating to their fathers or who tend to isolate themselves, and those found viewing pornography on the Internet and who often see themselves as victims.

Anatrella remains a consultant to the pontifical councils for the family and for health care ministry; in February, he was the main organizer of a major conference on priestly celibacy at the Pontifical Gregorian University in Rome.

French church leaders who have been on the defensive over reports that many of them failed to report priest who abused minors are set to announce new policies to protect children early in June.