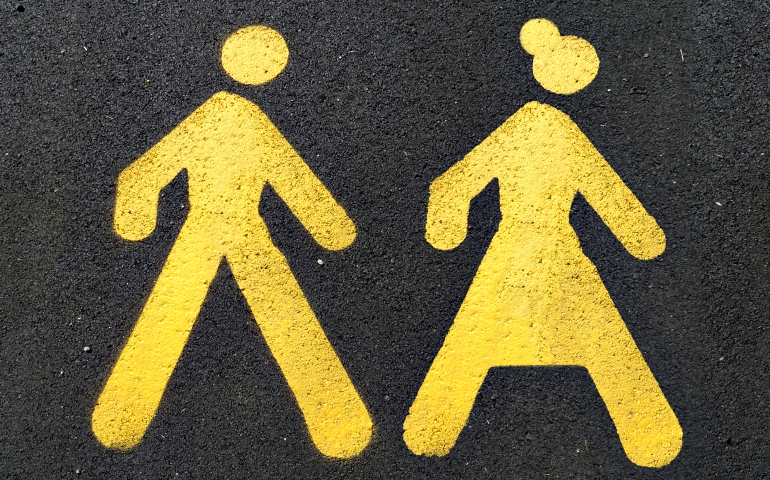 Admiration is owed the many repulsed and strong-spined women who publicly shared their stories of harassment by Ailes and O'Reilly, wind gusts strong enough to sweep both of them away. Admire the accusers for what? Risking retaliation, countersuits, scorn from loyal apostles to the two creeps. Besides, like the banks in 2008, Ailes and O'Reilly were seen as too big to fail.

Gretchen Carlson made the first move against the newsroom moves. A Stanford honors graduate whose 20 years of toil at Fox included hosting her own show, Carlson filed suit last July against Ailes, her former boss. Days after the suit, some dozen others spoke about their victimizations. Within two weeks, Ailes — denying everything — was forced out. A $20 million settlement went to Carlson. Up until his death on May 18, Ailes continued to deny the accusations.

Nine months later, it was O'Reilly's turn to be sacked. The egomaniac's undoing followed New York Times stories in early April detailing his sex-starved pursuit of company women. Five of them shared settlements of $13 million. Unlike Bill Cosby, who is said to have drugged women with whom he wanted to score, O'Reilly mostly used words. He was a catcaller. Among the many examples is the story of a black clerical worker whose attorney alleges that O'Reilly would walk past her desk and, leering and grunting, call her "hot chocolate."

In my high school, college and law school classes, it's a rare female who does not respond when I ask if they have ever been catcalled. Stories pour forth. Catcalls daily. On the street. On a bus, subway. In a restaurant. It begins in middle school, increases in high school and beyond, from men in cars wolf-whistling as they drive and from sidewalk lowlifes spewing vulgarities as women walk past.

Women are forced to go through life with catcalling strategies. Shout back at the harassers? Give them the finger? Ignore them? Walk across the street? Carry a whistle and blow it? Mace them?

Marty Langelan, the longtime head of the DC Rape Crisis Center and author of Back Off!: How to Confront and Stop Sexual Harassment and Harassers, makes the case that four kinds of catcallers are on the prowl.

First are the self-appointed dispensers of compliments, the seemingly harmless "Hey, baby, you're lookin' good" crowd, as if women need a jolt of praise to make their lives bearable.

Second are those who need to assert their masculine power, of a kind that has been declining with one life failure after another.

Next are the turf defenders, who see the world as a universal men's club, no babes allowed.

Finally, the rape testers, who engage in verbal violence as the gateway to physical violence.

These ilks are on display in "War Zone," the 1998 documentary film by Maggie Hadleigh-West. With a handheld camera, she took to the streets of New Orleans and Manhattan to confront men who verbalize their lusts or ogle. A few are apologetic; most are abusive.

More recent is "10 Hours of Walking in NYC as a Woman," a two-minute short produced by Hollaback! that selects some of the 108 instances of catcalling. As of today, it has been seen by more than 44 million viewers.

In the gilded sanctuaries of their corporate offices, predators Ailes and O'Reilly are well above sidewalk lecherousness. They preen themselves in the most favorable light, as famous rich white powerful males whose manhood assets should add up to automatic sex appeal. How can females possibly resist me, they likely think. Evidently, that wasn't hard at all for the women at Fox, accurately seeing Ailes as a short, overweight geriatric guy with a pudgy face.

The add-on to this grossness is Donald Trump, America's sexual-harasser-in-chief, who sprang to the defense of O'Reilly: He's "a good person" who "I don't think did anything wrong."

This from someone who, three months after marrying wife Melania, boasted about grabbing women by the genitals: "When you're a star, they let you do it. You can do anything." Of a failed attempt at a seduction, he lamented, "I did try and f--- her. She was married."

Trump, grudgingly apologetic when this came out in The Washington Post, dismissed it all as "locker room talk." Melania called it "boy talk."

Trouble is, Trump isn't a boy and Ailes and O'Reilly were in a newsroom, not a locker room.