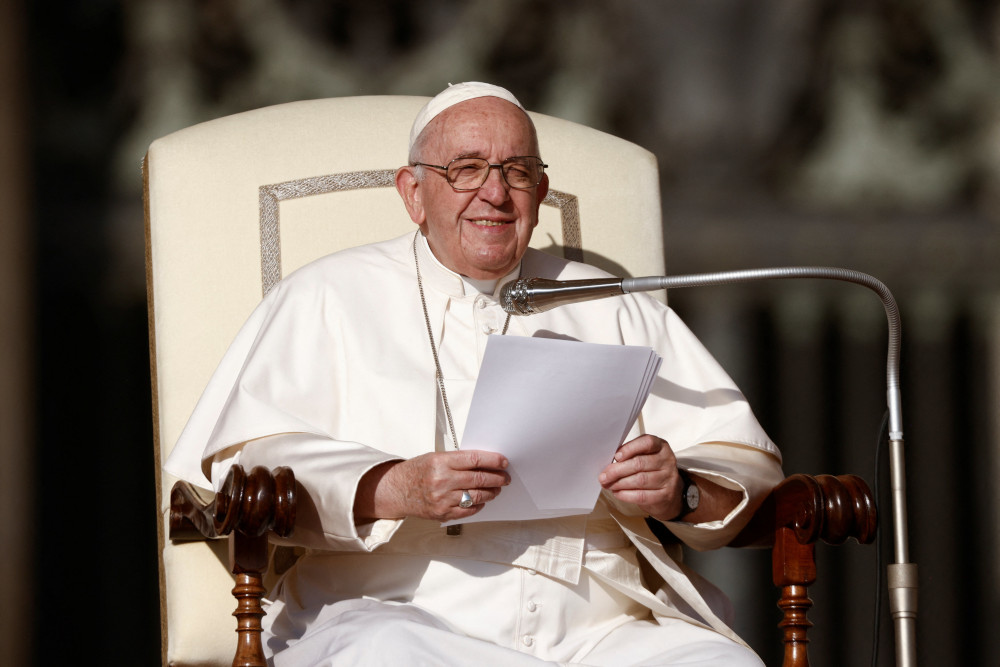 Complaints without any desire to do anything about the situation are poison, Pope Francis said.

Complaining can be "a poison to the soul, a poison to life" and "almost a sin" when it prevents people from building and strengthening "the desire to move forward," he said during his weekly general audience in St. Peter's Square Oct. 12.

The pope continued his series of talks about discernment by reflecting on the role of desire in discovering what one truly wants or needs in his or her life.

Desire, he said, "is the compass to understand where I am and where I am going," and it can indicate whether a person has just given up and is "standing still."

It is important to be able to recognize sincere desire, which is not a momentary craving, but is something that "knows how to touch deeply the chords of our being, which is why it is not extinguished in the face of difficulties or setbacks," he said.

"It is like when we are thirsty: if we do not find something to drink, we do not give up; on the contrary, the yearning increasingly occupies our thoughts and actions, until we become willing to make any sacrifice in order to quench it," he added. "Desire makes you strong, it makes you courageous, it makes you keep going forward, because you want to arrive" at that goal.

A sincere desire is what helps people embark on "a successful, coherent and lasting project," he said.

Modifying a popular saying, Francis said the road to hell is paved with good intentions and no action.

"The era in which we live seems to promote the maximum freedom of choice, but at the same time it atrophies desire," the pope said.

"We are bombarded by a thousand proposals, projects, possibilities, which risk distracting us and not allowing us to calmly evaluate what we really want," he said. For example, people who stare at their telephone, always "turned outward, toward the other," always living in the moment and never stopping to think about what they yearn for. "Desire cannot grow in this way."

But, the pope said, "by engaging in dialogue with the Lord, we learn to understand what we truly want from life."

That is why Jesus engages with the paralytic by the pool, who has been waiting for years for healing, but is not proactive and only grumbles, the pope said.

"Beware, because complaints are a poison," he said, and they stop "the desire to go forward" from growing.

People must pray and get in touch with their deepest desire to know what they want from their lives, the pope said.

Ask God to "help us know our deepest desire, that God himself has placed in our heart," he said, and "perhaps the Lord will give us the strength to make it come true."

"Because he, too, has a great desire for us: to make us share in his fullness of life," Francis said.