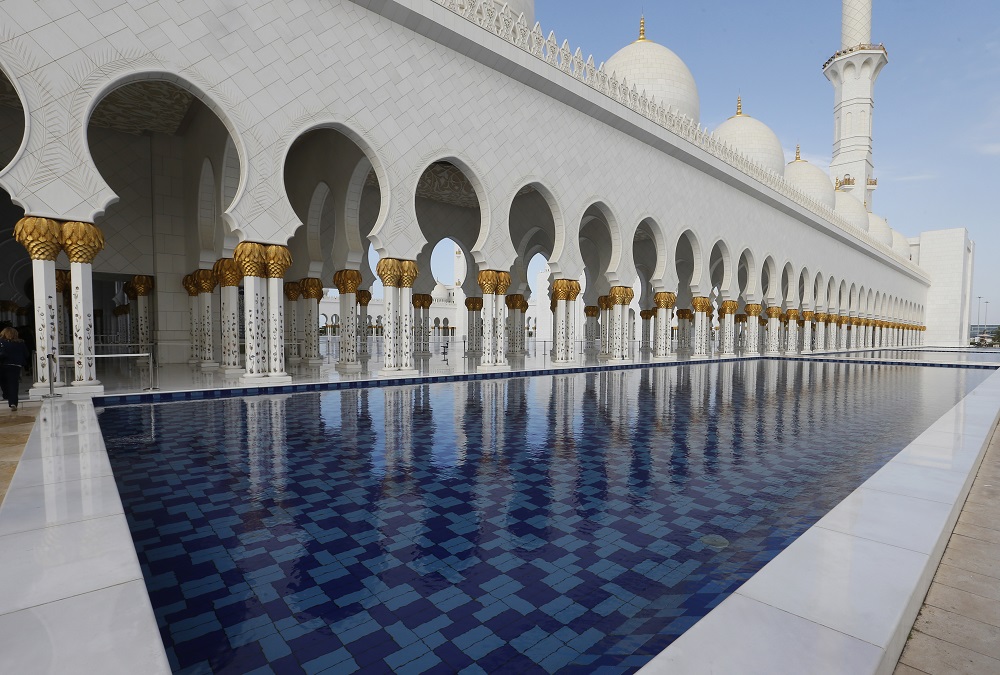 That many religions exist in the world is a fact, but what that plurality communicates to believers about God is a question that theologians are still discussing.

Pope Francis and Sheik Ahmed el-Tayeb, grand imam of al-Azhar, a leading authority for many Sunni Muslims, stepped into the debate Feb. 4 when they signed a document on "human fraternity" and improving Christian-Muslim relations.

"The pluralism and the diversity of religions, color, sex, race and language are willed by God in his wisdom, through which he created human beings," the document said.

The document goes on to insist on the basic human right to freedom of religion, appealing to both Christians and Muslims not only to tolerate the religious faith of the other, but to recognize the other's faith as something "willed by God in his wisdom."

In other words, the message seems to be, if God "wants" religious diversity, who are human beings to be intolerant of it?

But can God really "want" a variety of religions? And is that what the statement Pope Francis signed really says?

In a post on the document, Fr. John Zuhlsdorf, a blogger, tried to explain things by saying that God has an "active or positive will" of what he desires and makes happen, and "a 'permissive will' by which he allows that things will take place that are not in accord with the order he established."

In that case, God tolerates other religions.

But Pope Francis and Sheik el-Tayeb seemed to assert something more and to demand of their faithful an attitude that goes beyond being tolerant of religious pluralism.

Speaking to reporters flying back to Rome with him Feb. 5, the pope said, "I want to restate this clearly: from the Catholic point of view, the document does not deviate one millimeter from Vatican II."

"Nostra Aetate," the council document on the church's relationship with other religions, affirmed: "The Catholic Church rejects nothing that is true and holy in these religions. She regards with sincere reverence those ways of conduct and of life, those precepts and teachings which, though differing in many aspects from the ones she holds and sets forth, nonetheless often reflect a ray of that truth which enlightens all men."

Proclaiming the church's "esteem" for Muslims, the council noted that "they adore the one God" and strive to submit to his will. "Though they do not acknowledge Jesus as God, they revere him as a prophet. They also honor Mary, his virgin mother; at times they even call on her with devotion."

The Vatican II document does not say that everything in all religions comes from God, but one cannot deny that God created human beings with a desire to seek and find him, and the world's religions contain at least elements of what is necessary to move toward God.

The field of study is still relatively new, and some theologians specializing in the area have come under scrutiny by the Congregation for the Doctrine of the Faith in the past 30 years, particularly when they were suspected of moving toward "relativism," a position that would seem to accept all religions as equally valid paths to God.

In "Dominus Iesus," a document published in 2000 on the essential nature of faith in Jesus and membership in the Catholic Church, then-Cardinal Joseph Ratzinger warned of the danger of "relativistic theories which seek to justify religious pluralism."

The future Pope Benedict XVI said the consequence of believing God willed a variety of religions is to hold "that certain truths have been superseded; for example, the definitive and complete character of the revelation of Jesus Christ, the nature of Christian faith as compared with that of belief in other religions, the inspired nature of the books of Sacred Scripture" and "the universal salvific mediation of the church."

But many academics focusing on religious pluralism and missionaries involved in interreligious dialogue believed Pope Benedict went too far, highlighting a real danger, but describing it as something that always happens.

"Dominus Iesus," they said, implied that Catholics who saw God's hand at work in the formation and continued life of other religions were denying the most important truths of the Christian faith, including the central belief in the saving power of Jesus' life, death and resurrection.

The document Pope Francis signed in Abu Dhabi offered hope to those theologians as they continue to explore the theological implications of affirming that religious pluralism is not an indication of human beings straying from God but is more a sign of the variety of ways God reaches out to his human creatures.

Jesuit Fr. Felix Korner, a professor of theology a Rome's Pontifical Gregorian University, told Catholic News Service, "When we say 'willed by God in his wisdom' we look at the world in the faith that is shaped by the Bible and the church. God's wisdom has placed us into the story, so we are to contribute to the transformation of all that is."

"Our hope is that at the end all will be transformed into God's kingdom," he said. "On the way there surprising, incomprehensible, seemingly obstructive things happen," but the faithful believe that God will use them all for the good.

In dialogue, he said, "followers of other religions often hope that we join them; we often hope they discover the truth of Christ. But we respect the faith decision they have taken so far, recognizing in this their freedom and God's wisdom."