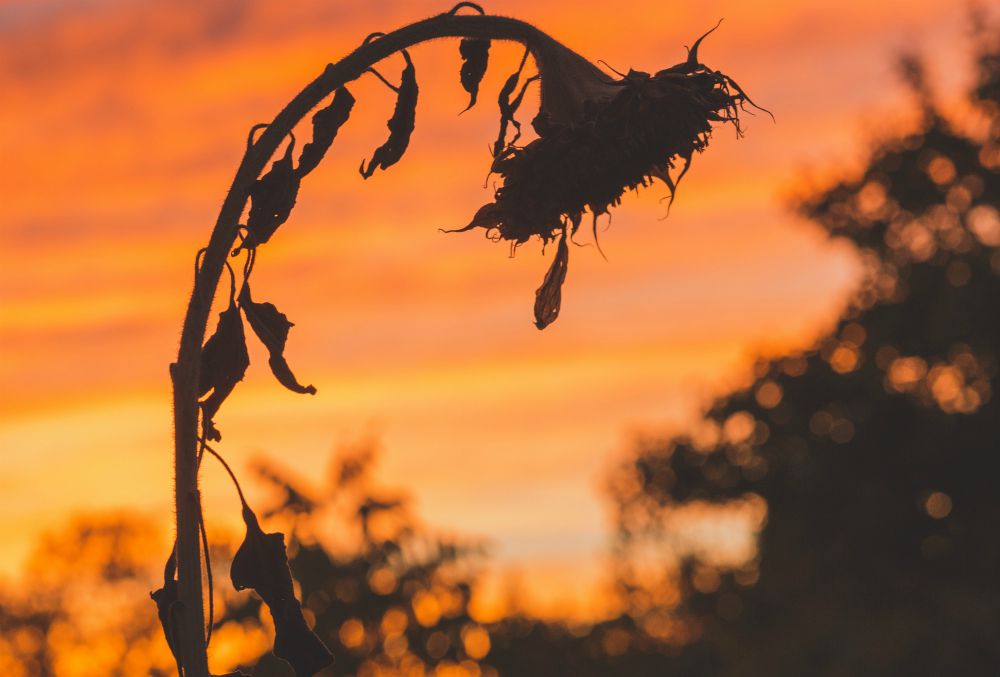 In March, I wrote about visiting my father-in-law, Fred, and his wife, Jeanne, both 92 and still living together in their own home.

I shared how though Jeanne could no longer speak much, Fred still engaged her memory and attention by retelling stories from their 45 years together. As he regaled us about their travels around the country and the world — the people they had met, the food they had eaten, the mishaps and accidents — her eyes would sparkle, the sides of her mouth would lift, words would form just behind her lips. I could almost literally see a golden cord of connection between them as his words awakened pictures and movies in her mind.

Tomorrow, my husband, Dan, and I will join Fred and the rest of their family for a memorial service for Jeanne.

Fred cared for Jeanne at their home until the last drops of his strength were spent. Only when he was entirely worn out physically and emotionally did he finally give in and agree with her children to move her into an assisted living facility. Her two daughters helped Fred pack Jeanne's things and make her comfortable in her room there.

According to them, as they unpacked clothes from her suitcase into the dresser, Jeanne settled into the recliner in the corner of her new room, looked up at the ceiling, sighed deeply, and smiled. Fred and her daughters each kissed her smiling face before they left, and promised to come back the next day with more of her belongings.

Not long after Fred arrived home, the phone rang. Jeanne had died.

While Fred was at first devastated — he worried that he had somehow killed her by taking her there — it occurred to me that Jeanne's final smile signaled great peace. His goodbye kiss had finally given her his unspoken permission to let go.

Fred's love had literally been keeping her alive. His strength, his will to live, had supplied her through that golden string of connection. Only after the cord was relaxed could her spirit float away.

I am reminded of the quote that is attributed to St. Teresa of Kolkata (Mother Teresa): "Not all of us can do great things. But we can do small things with great love."

Watching Fred care for Jeanne echoed back to pictures in my mind of Mother Teresa, wiping down beds, washing emaciated bodies, holding dying children. When I think of her, it is her hands and arms I see most. And now, when I think of Fred, it is the same.

I see his thin, mottled arms pulling her up from her recliner. I see his papery veined hands cleaning the food off her mouth with a napkin. I imagine him rolling her over and changing their bedsheets every night. Putting a clean diaper on her and cleaning her mess off the floor. Collecting up the trails of pieces of diaper padding that she could not seem to stop shredding.

Though their long life together may have started with a grand passion, it ended with tiny details — earthy, stinky, human — those small things of great love.

Fred is not what one would call a man of faith. I have never heard him speak of God. I don't know if he has ever gone to church. He is an American self-made man. Given nothing by no one, Fred worked hard, paid off his home, put money in the bank. He takes care of his car and house and yard himself, and at 92, still helps his neighbors with theirs.

When I read the book then watched the movie "A Man Called Ove," I thought of Fred. Much like his life, that story is to me a great reminder that a person does not have to be religious to be good. It is not so much about what we say, as what we do. It is not the talk, but the walk. And it always comes down to love. Those small things of great love.

We talk about people being heroic human beings. But the ones who really inspire me are human doings. About the worst thing someone can do is to tell me how good they are. Just show me.

Fred is my hero. He loved Jeanne with all he had. His body, his mind, his guts.

And though he may not have the faith upon which to fall back in this time of loneliness, I hope somehow he still feels that golden cord connecting him to Jeanne. I hope the muscle memory in his arms and hands always feels her. Until they hold each other again. Endlessly.